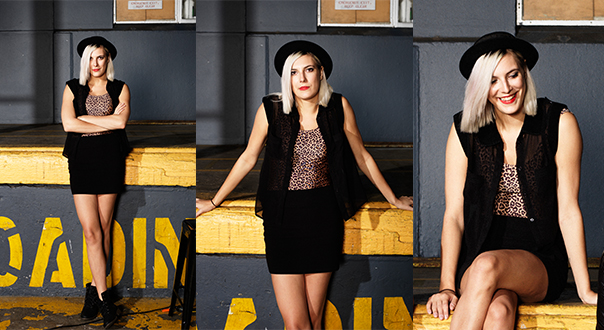 How have you seen the ‘boy’s club’ of the bartending industry change — if at all — in the time since you started in the industry?

I think in any industry that is largely male dominated you will find a ‘boys’ club’. I don’t think it has necessarily changed in the hospitality industry since I’ve started bartending but perhaps I’ve started to care less about it. I’ve certainly met people that don’t subscribe to the boys’ club and that has been refreshing, but unfortunately it does still exist. I have certainly been lucky as I’ve never worked in a bar where  a boys’ club has existed, but I have seen it in other bars and amongst male bartending friends.

At the top end of Sydney bars I don’t think women are well represented at all. Perhaps it’s because some bars actively choose not to employ women, perhaps it’s that some women don’t consider bartending as a viable career option or perhaps some women aren’t as showy with their skills and talent, not entering all competitions or promoting themselves — this may cause them to get overlooked for more of the top jobs.

I started working in hospo when I was 18, working in restaurants and doing promotions, whilst I was studying at uni. Ryan and Carla at Andaluz Bar and Tapas in Perth gave me my first proper shot at bartending and all the boys there were very supportive and taught me a lot of basics. I then spent two and a half years at Hula Bula Bar with Kevin and Pete, I learnt loads about rum, tiki drinks and how excited people get when you put plastic animals in their drinks. By then, I had finished two degrees but I still wasn’t ready to give up bar tending, I loved the lifestyle, I loved the people I’d met and I loved the opportunities I had been given so I thought why not give this a proper go! So I packed up and moved to Sydney, where I’ve now been living for 6 months. I work at The Hazy Rose  three days a week, and The Rook two days, I couldn’t be happier with my choice to move, I’ve been truly blessed with the people I’ve met here and the opportunities I’ve been given.

There are so many great women in this industry. Jess Arnott is a bit of a babe and makes a mean drink, Dom Easter is the loveliest women and runs the best bar in Sydney and the female bartenders from WA always give great advice and support.

It does raise the profile of females in the industry by having best female bartender lists, but at the same time it also suggests that there are different criteria that the female bartenders are getting judged by. I would like to see a best bartenders list that more women were included on because I do believe there is some amazing talent out there that isn’t getting recognised.

I wouldn’t call it barriers, I can do anything my male colleagues can do in the industry. The only issue that women have to contend with is perhaps the mindset of some in the industry, they can be very stuck in the way they view women behind the bar.