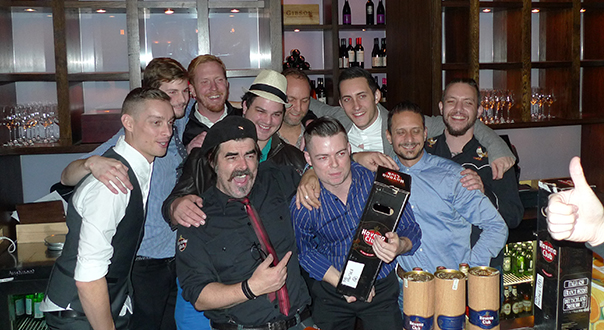 Last night eight of the country’s most talented bartenders gathered at Tank Stream Bar in Sydney to go head to head in the Australian final if the Havana Club Grand Prix.

A great crowd of onlookers cheered every shake and stir that the finalists — who finished either second in their respective state finals — had to offer, as they mixed up their unique take on the next Cuban classic cocktail.

The Black Pearl’s Nathan Beasley emerged victorious on the night, and competition for second place was very right with four of the finalists (Dimitri Rtshiladze from Mechanics Institute, Luke Redington from Hello Sailor, Dominic Xavier of Cobbler, and Daniel Gregory of Shady Pines) finishing in equal second place.

The win sees Beasley heading off to Cuba at the start of June to represent Australia in the global final.