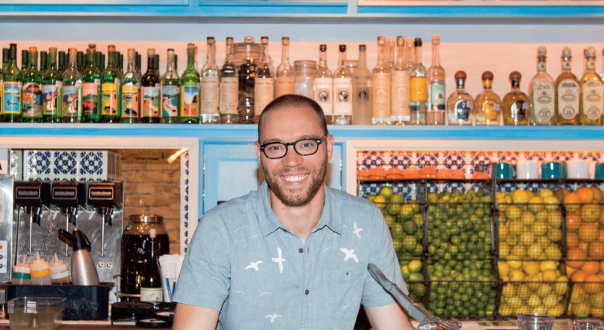 We got put on to Houston bartender Bobby Heugel by DC’s Derek Brown, who spoke highly of his “impassioned advocacy” and described him as a firebrand. Heugel’s company (“I hate the term “company” – really we are just a collection of friends who have done everything to support one another’s dreams,” he said) of Kevin Floyd and Chris Shephard owns a few bars, a restaurant and a coffee shop, with seventh venue, Julep, on the way. He also helped to set up a political organization that runs a charity saloon that donates its profits each month (some $250,000 in 2013). He’s clearly a busy guy, but he found some time to answer our questions. Check out what he had to say about the looming agave crisis on page 38, too.

Can you tell us a bit about your bars?

My best friend Kevin Floyd and I personally built Anvil Bar & Refuge and opened it in March of 2009. We had never visited another modern cocktail bar, but we knew how to make people happy. Despite the attitudes of today’s cocktail culture, we didn’t think making a classic cocktail was very difficult – use good ingredients, test recipes religiously, and be consistent – hospitality is what really matters. We did some things well, others poorly, but our regulars and Houston in general was extremely supportive.

About a year later, we brought Alba Huerta on board as Anvil’s General Manager. She’s amazing, and we couldn’t have accomplished all that we have without her.  Alba and I worked to open our 6th venture, The Pastry War, a mezcaleria, where I work behind the bar currently.

Our biggest priority as a group right now, aside from maintaining all of our current places, is getting Alba Huerta’s bar, Julep, open. I think Alba is the best bartender in the US, and we are trying to build a bar that reflects this. It’s a very special opportunity for us to give back to Alba who has given us so much.

The 100 List at Anvil started off as a training manual for our staff that, somehow, guests got a hold of it one day. A few people started to come in and ask if they could see it, and eventually, enough pressure built up that required we print it. Over time, it just became part of our menu – the 100 classic cocktails we love the most at any given point, plus a list of house drinks. It’s a challenge to execute that many drinks each day at the volume we do, but it makes us all better and our guests love it. 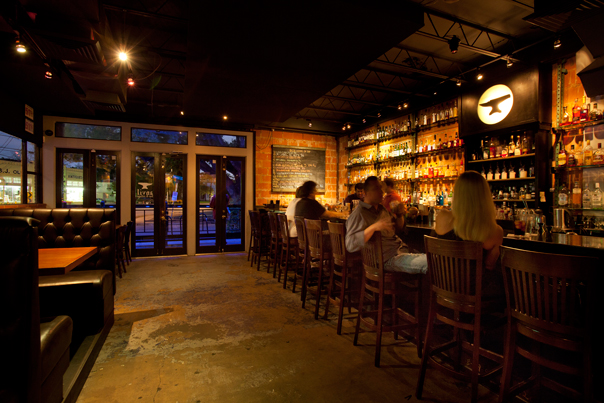 What’s your favourite thing to drink at the moment?

Do you think it’s important for bartenders to try to visit producers where they can?

Alba and I have a standing goal of visiting every distillery that makes an agave spirit we carry at The Pastry War. At one point, we had, but we’ve chosen to carry a few additional labels that we have researched well and have close relationships with since then. We will visit them soon. We are in a very unique position because of our proximity to Mexico and general autonomy to be able to travel to Mexico frequently. I don’t think there’s any other more educational process in our industry than personally visiting distilleries, but I also don’t think it’s possible for everyone. If anything, I think that means that those of us who are fortunate share our experiences with others so there’s a more independent view of the process.

How do you manage the challenge of operating multiple venues?

It’s definitely a challenge, but our approach of supporting individuals in their own venues helps each concept remain focused at all times because there is an anchor there. We also rely heavily on training and our tireless staff.

What advice do you have for bartenders wanting to start their own bar? How important is the initial concept, and where do you think people go wrong?

The most important piece of advice I give bartenders trying to open there own bar is this: owning a bar is ten times harder than working in one. I thought I knew everything about running a bar because I had managed them. I had no idea. If you’re prepared to work harder than you ever have before, care about people – employees and guests – unconditionally, and are passionate about what you do, you might make a good owner. But, I would also caution bartenders about jumping into ownership too quickly. We opened Anvil during a very forgiving time for cocktail bars. Today, standards and expectations are much higher. If you can learn from others, I would spend as much time doing so before taking the leap yourself. Owning a bar may be more rewarding than working as a bartender for some, but this isn’t always the case and commitments for owners don’t shift as easily as moving from one gig to another.

How would you describe the drinking scene in Houston?

Houston’s drinking scene is casual and grounded. Houston as a city is much more influenced by the presence of our international diversity, than national trends. I think this impacts our drinking scene too. Gimmicks and hype just don’t matter as much here as they do in other cities. We focus on quality and hospitality above all else.

You’re a busy guy it seems — do you still get to spend much time behind the bar?

I still work behind the bar four to five nights a week. I love it!

Imagine it’s last call at the Bar At The End Of The World. What’s your last ever drink gonna be?

Can I just bartend there instead? Seems like a good way to stare Armageddon in the face.

These are 2019’s best tequila bars in Australia