News, The Sustainable Bar
May 21, 2014
by Australian Bartender
0 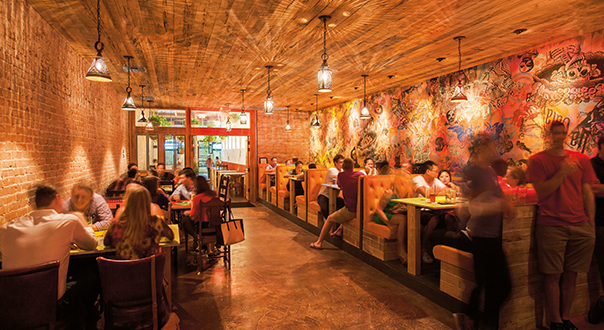 The global spirits industry treats spirits as commodities. This has an adverse effect on cultural spirits in lesser-developed countries. This is an economic consequence that occurs every time there’s an increased interest in an indigenous spirit – rum, pisco, cachaca, etc. – but the earliest example of this is probably rum. Traditional rum styles throughout the Caribbean have been modified for decades for Americans and Europeans, resulting in growing demand, and further adaptation to production processes. Rum was really the first spirit modified for a global market, and as a result, countless styles of rum were adapted and lost. While recent years have seen some of these traditional styles resurrected, modifying production for a global market has a cultural impact on local communities, and recovering what once was isn’t always possible.

The same has been happening with agave spirits for a couple of decades now. Tequila’s rise as a stable global spirit meant that conglomerates began to recognize it as a valuable commodity. As a result, the usual suspects all purchased Mexican-owned distilleries and companies. This process was inevitable, and it reminds me of colonial races to divide unclaimed lands. There’s obvious value there that can be maximized by global networks. Demand increased as a result of these companies being very good at marketing, selling, and distributing spirits globally. Again, processes were modified and the cultural impact is rather obvious. Very few famous tequila brands taste the same as they once did. This consistent pattern involving large conglomerates selling modified cultural spirits to a global market isn’t surprising, but the impact on agave spirits is unique.

Agave spirits are made from plants that don’t have annual growth cycles, and the quality of the plants has a greater impact on the distillate than arguably any other spirit. When global spirit companies market tequila with the same aggressive strategies they use for a vodka brand that only requires more grain to be planted the following year, it causes increased pressures on an agricultural crop from a limited geographic region. The result is cyclical agave shortages, the abandonment of genetic diversity, and rampant disease among agave crops. Several independent researchers are concerned that the Blue Weber species of agave will never recover as a result of the global tequila market’s pressures. Agave spirits aren’t meant to be sold at $15 a bottle to the entire world. The math doesn’t add up, and as a result, there are dire consequences. The ongoing development of modern technology, such as diffusers, to extract as much from Mexico as possible is a short-term fix and only makes for shitty tequila. The use of chemicals is now being introduced without adequate research about the impact on consumers. Some conglomerates are worse than others, but the goal of selling tequila globally without addressing the agricultural issues and the use of modern technology is unsustainable.

We are now beginning to see this impact with mezcal, which has varietals that are far rarer and more precious than the Blue Weber. Zignum Mezcal is an Oaxacan monster that is rapidly depilating the valuable agave fields in Mexico. Defenders of corporate involvement with agave spirits argue that large companies wouldn’t risk developing the infrastructure in Mexico unless it was sustainable, but unfortunately, the story of tequila suggests the opposite is true. Perhaps, we should acknowledge a simpler economic model. Oil companies have, for decades, viewed oil reserves as valuable resources easily drained and converted into profits. It’s clear to me that many large spirit conglomerates view agave spirits the same way. There’s enough current value in agave fields and enough global demand to develop the infrastructure to market tequila and mezcal globally, regardless of the consequences in thirty years. If anything, the sliding scale of quality will go unnoticed, and a modern agave spirit will emerge – only a shadow of once was. Unfortunately, agave won’t be resurrected like some rums were.

The only way to avoid this is for bar professionals to be advocates for traditional production and support family-owned brands that have centuries of experience  in balancing production with agriculture.