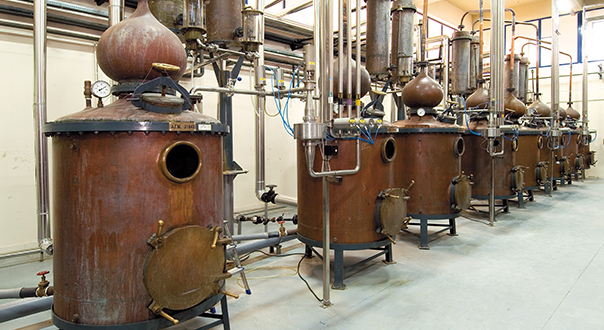 The History of Ouzo

The history of Ouzo begins somewhere around the middle of the 18th century, when the art of distillation started to develop in Greece and “Tsipouro ” was distilled for the first time. Tsipouro was the alcoholic extract from grapes (=stemphyla or tsamboura or tsikouda in Greek), which are the solid remains left from the grapes pressing. This was, however, a rather cloudy and bitter distillate. Therefore, in order to make it palatable and easy to drink, various spices were added during the distillation process, mainly anise. This way “tsipouro” was gradually transformed into a spirit dominated by the fragrance of anise… and Ouzo was born.

The name of Ouzo

At the at time, in Greece the domestic production of anise was not enough for all the OUZO that was produced. The distillers, therefore, started importing anise from Sicily in bags made of jute. On these bags, the following inscription was printed: “Anise uso per Marsiglia” – which means “anise to be used in Marseille”. Marseille was then famous throughout the Mediterranean region for its anise-based spirits (Pastis) and the Greek producers in order to stress the high quality anise they used for their product they referred to the Italian inscription and especially the word “uso” – a word that soon became the name of the new anise-based spirit

As far back as 1880, the customers of Kaloyiannis Distillery, who appreciated a fine Ouzo, always insisted on being served from “Barrel No 12 “. This Ouzo was the result of selected seeds and herbs which were blended harmoniously and which underwent a double distillation process resulting in an Exceptional Ouzo with a rich flavour and fine aroma.

Some years later, the Kaloyiannis family moved to Thessaloniki. Naturally it did not take long for the OUZO from “Barrel No 12” to become famous there as well. 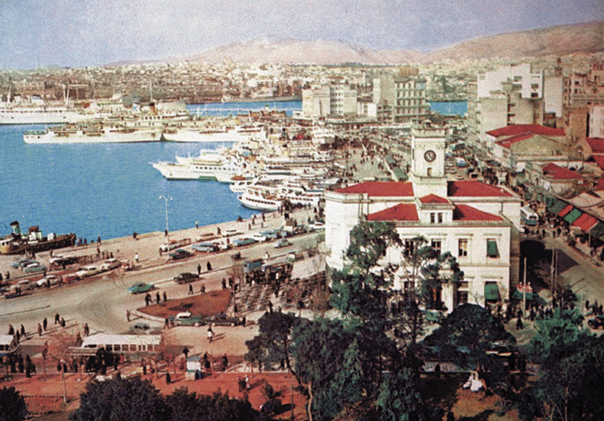 It was at that time that Kaloyiannis family first bottled their OUZO, giving it the name “OUZO 12 ” in honor of the famous Barrel. It was in fact the first OUZO ever to be bottled in the customary “karafaki” (small carafe), a move that was destined to establish the way in which Ouzo is consumed in Greece today. 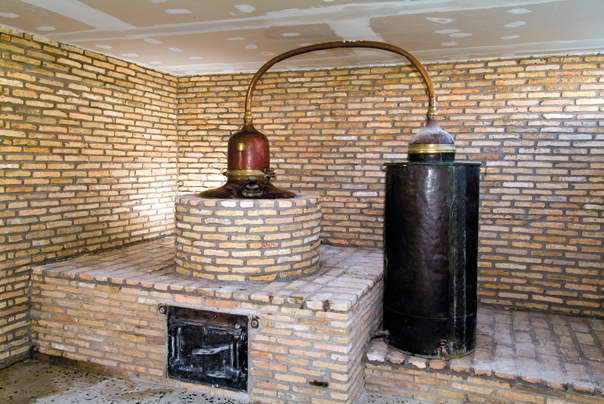 From September 2005 OUZO12 is distilled and produced in the Koutsikos’ distillery in Volos (Central Greece), an area famous for its Ouzo and Tsipouro. The history of Koutsikos’ distillery is interesting too. It begins in 1889, with the establishment of the 1st distillery. This distillery was meant to create a memorable name in the history of Greek industry. The Koutsikos brandy became quickly a famous drink all over Greece. At the same time Koutsikos developed the production of Ouzo and liquors that became soon popular, especially Ouzo Koutsikos and flavoured liquors (mint , orange, cherry).

OUZO 12 is made with the authentic recipe of the Kalogiannis brothers, who first distilled it in Constantinople in 1880, OUZO12 derives from a unique blend where fine seeds and herbs are harmoniously combined . A unique Ouzo, a product of double distillation, for which 16 different distillery pots are used, before it is poured in our glass.

The ingredients in traditional Ouzo of premium quality are water, alcohol, aromatic seeds – fennel, anise seed, star anise, cardamom, nutmeg & cinnamon and sugar. Anethol also plays a very important role. It is an aromatic substance which is why the product turns white when it mixes with water. Anethol comes from the natural fennel, anise seeds and star anise. In quality a Ouzos anethol can only be from natural origins extracted directly from the seeds.

Mixing
The next step of the production process is the mixing. The FINAL OUZO EXTRACT is mixed with alcohol, water and a light sugar dilution generating a new batch.

The batch is carefully filtered and then bottled. It bears then proudly the name of OUZO12: a premium Ouzo.

OUZO12 is characterized by a rich and natural taste coming exclusively from natural seeds.

Every bottle of OUZO12 is distilled and bottled in Volos, Greece. We are proud of our premium Ouzo and hope you enjoy it as we do.

Have you RSVP’d to Amari Club at Bar Week? You don’t want to miss this