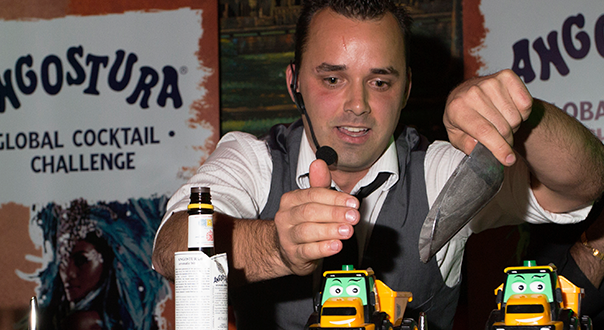 Dave Meadows
Eden Dining Room & Bar, Glenelg SA
You can get Dave on his Twitter (@MrFreePour) or Instagram @MrFreePour

Working in a bar can be back breaking work, but it’s not the only challenge that Adelaide bartender Dave Meadows — the South Australian winner of last year’s Angostura comp — has had to deal with.

Living with a stammer is difficult to describe.  Imagine knowing exactly what you want to say but physically not being able to say it. Simple tasks such as answering the phone, explaining drinks or cocktails to customers is often very hard. People often misunderstand my stammer as me being mentally challenged, which is definitely not the case.

All my life I’ve had people laughing at me. The kids at school were pretty cruel to me at times — as kids are. So when I began bartending and I had customers laughing at me all the time, it was very hurtful and embarrassing. Even to this day, I still have customers who laugh at me, but the difference now is I don’t let it bother me. Now I just explain to people that I have a stammer and they usually feel pretty bad for laughing.

I don’t want to make people feel bad for laughing. I know it’s funny and I know the way I sound when I talk is funny. But I do want to make the general public aware that it’s a common problem, so if they encounter somebody else in the future who has a stutter, maybe they’ll think twice about laughing, because it is very hurtful to some people.

People have thought I was drunk behind the bar because I was struggling to speak. Things like this have been very embarrassing for me. But over time I’ve learnt to take a more light-hearted approach to my stutter and just to be open and honest about it, instead of trying to hide it. 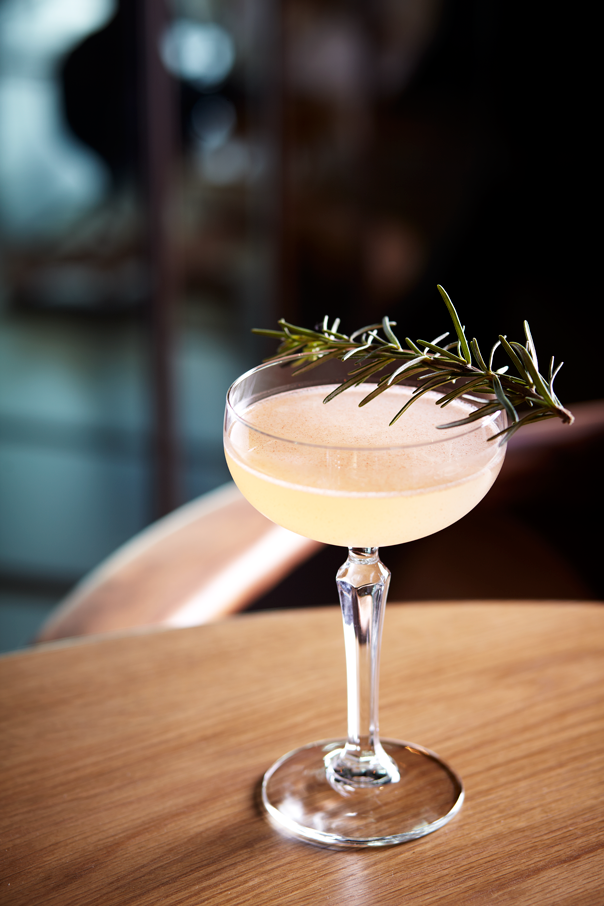 “The focus of this cocktail was simplicity, so any bartender of any level can make this drink for their customers. Even after I was eliminated from the Bacardi Legacy competition I still serve this drink — and people have loved it.”

My stammer is something that I’ll always live with. But recently I’ve come to terms with it and accepted it as a part of who I am.

There was absolutely no way I was entering the Angostura comp. At the time I thought, if I was to make it through to the state final, there was no way I’m going to stand up on stage and not only make four drinks in seven minutes, but also be entertaining and talk through it all. But my boss and mentor, Chad Hanson, pushed me into doing it and I will forever be thankful that he did. It’s given me self-confidence and belief that I never thought I’d have.

I joked about it on stage saying that I had an unfair disadvantage, because sometimes it takes me seven minutes just to get out one sentence. It was all about me conquering my fear of speaking in public. For me the priority was simply about being able to speak.  After winning the SA final, it was a scary prospect having to go to Sydney and do it all again, but it was a proud moment for me to being able to represent South Australia in my first competition.

After the SA final many people came up to me saying that they had a stammer as a child or they know someone who has a stammer and how inspiring it is that I’m not letting it hold me back from anything. I hope I can be an inspiration for the hundreds of thousands of people out there who also suffer from a stutter.

South Australia is home to some of the country’s finest fruit and vegetables. It’s not hard to find great produce. The Central Market in the Adelaide CBD is where you find the best of what the state has to offer. I like that SA has so much diversity of ingredients available. I also love the fact that I’m supporting local SA businesses — that’s important to a lot of people in South Australia.

Bartending for me is about giving people an enjoyable drinking experience. We as bartenders have one job, and that’s to make people happy and make sure that they have a great time. Your personal thoughts and opinions on certain drinks that customers order need to be left at the door, and whatever drink someone wants, it’s our job to make that drink to the best of our ability.

I don’t know any bartender out there that has not wanted to open their own bar at some stage. I’m no different. Opening my own bar is a dream and one that I want to be working towards.  The cocktail drinking culture in Adelaide is slowly gaining momentum, so if I was to open a place, I’d love it to be focused on innovation and creativity. I’d also love to publish a cocktail book at some stage. I’d love to have the kind of book that a young up and coming bartender picks up off the shelf and uses as inspiration.