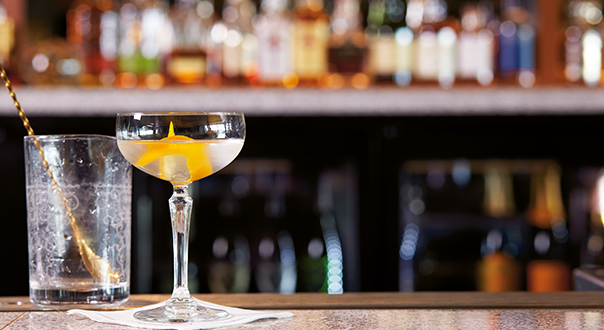 Ah, the Vodka Martini. Staple of Mad Men character Roger Sterling, symbol of the three Martini lunch that long reigned supreme in an era when executives could get away with leaving work early each afternoon, and a drink with strength. The question is: do you go for a dry style of Martini, with the vermouth all but vacating the glass, or do you go for a slightly wetter style of Martini? 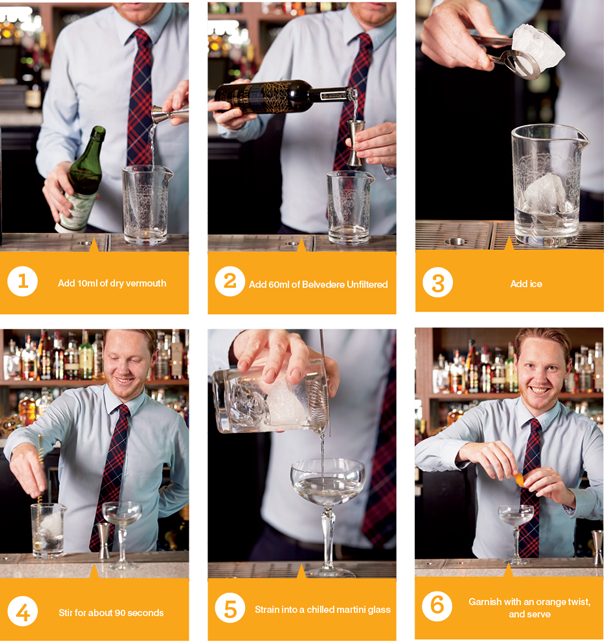 Well, we think it’s a shame to waste vermouth, and the Keystone Group’s Jamie Walker thinks that if you want a flavourful drink — and we believe you do — you need to pump up the quotient of vermouth in the drink.

“I think it gives it more aromatics. It makes the drink a bit more interesting and gives it more depth,” said Walker. “It gives it more flavour, and obviously with the rye in the vodka as well, it can match the spice levels quite well and result in a full-flavoured Martini.”

Walker thinks that if you’re going for a Vodka Martini, you’re going to want to reach for a vodka with that offers a little more on the palate.

“In a Martini you need something with a bit more punch to it, a good peppery finish,” he said.

Walker can also recommend a Gibson if you’re drinking Martinis, and he’s got one very good reason: pickled onions.

“I think it’s the sharp acidity of the pickled onions “which goes very well with the high proof alcohol and cleanses the palate,” he said. • Belvedere Unfiltered Diamond Rye is made from a bakers grade rye that is only grown on a handful of farms in Poland. They have a relationship with two of these and they use alternate harvests from each — leaving the fields to farrow in alternate season. This helps to give back to the soil environment on the Mazovian region.

• Dankowskie Diamond Rye’s low starch content results in a lower yields in production. The resultant spirit itself is rich and full flavoured and a beautiful expression of the natural rye characteristics. .

• The spirit is nuanced, delicate and textured off the still so after its four distillations it is not put through it through carbon filtration.

• Polish law states that it is illegal to add anything to vodka apart from the base ingredient (in our case rye), plus water and yeast.