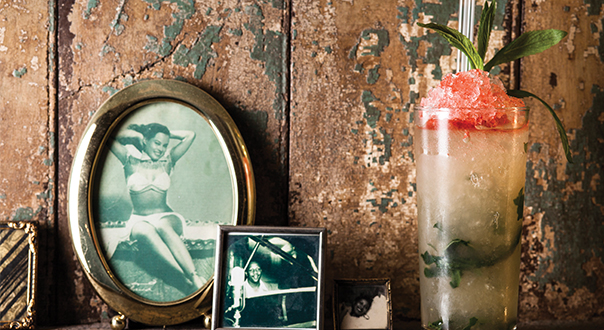 You know what a swizzle stick is, right? It’s that little rod of colourful plastic stuck into your drink on the rocks, right?

Well, yes and no. There’s a tree native to the Caribbean, popularly called a swizzle stick tree. They snap these sticks off the tree, and use them to swizzle drinks.

The idea behind swizzling is to get the drinks as cold as possible. It’s really in effect no different to stirring vigorously, but it does look great — particularly if you can get a hold of a genuine swizzle stick (the guys at Cocktail Kingdom Australia have got plenty of them).

The Swizzle itself is a kind of potable bastard lovechild of a Rickey and a Julep. The drink probably dates from the mid-to-late 1700’s, and David Wondrich thinks that it came about when ice (and rum) was thrown into a drink of molasses and water they called a Switchel.

The Queen’s Park Swizzle is perhaps the flagship Swizzle. Said to be created in the late 1800’s at the Queen’s Park Hotel in Trinidad, the drink was made with big, fragrant dark rums from Guyana, known as Demerara rums. For the recipe here we’ve used Pyrat Rum XO Reserve, a blend of Caribbean rums bottled in Guyana — and its big, bold character works is the kind of thing you want in this drink.

Those rums were used in the Guyanese Swizzle as well. This particular Swizzle is more rustic. If the Queen’s Park Swizzle was for the wealthy guests at the hotel for which it’s named, then the Guyanese variant is much more utilitarian. It discards the lime to keep it simple. Rum, sugar, ice and bitters. Make it ice cold, and go heavy on the bitters: the combination of rum and sugar needs the bitterness. 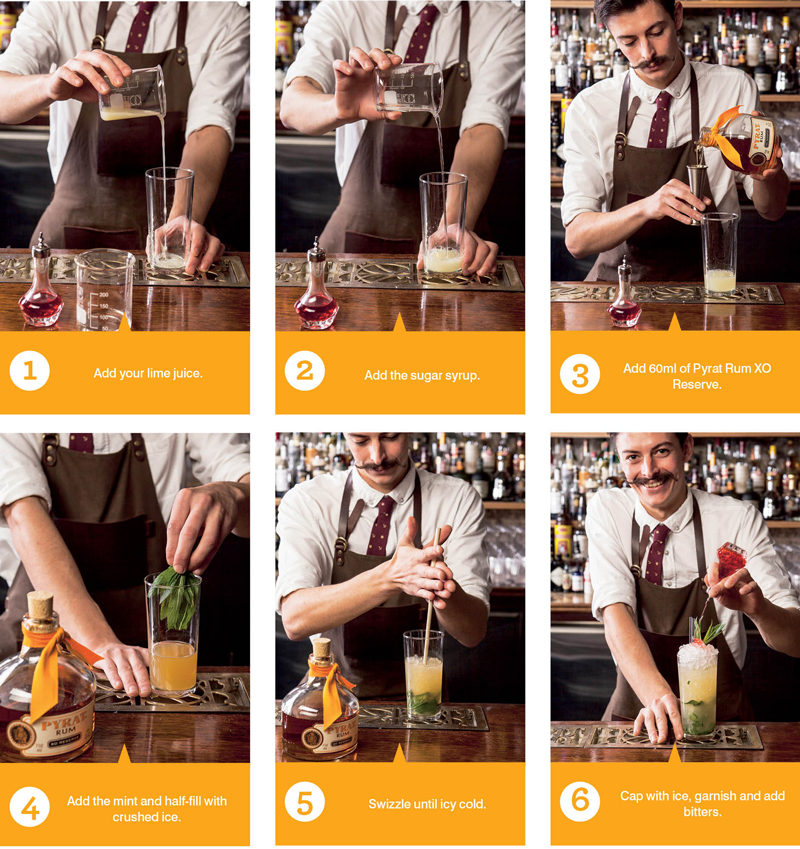 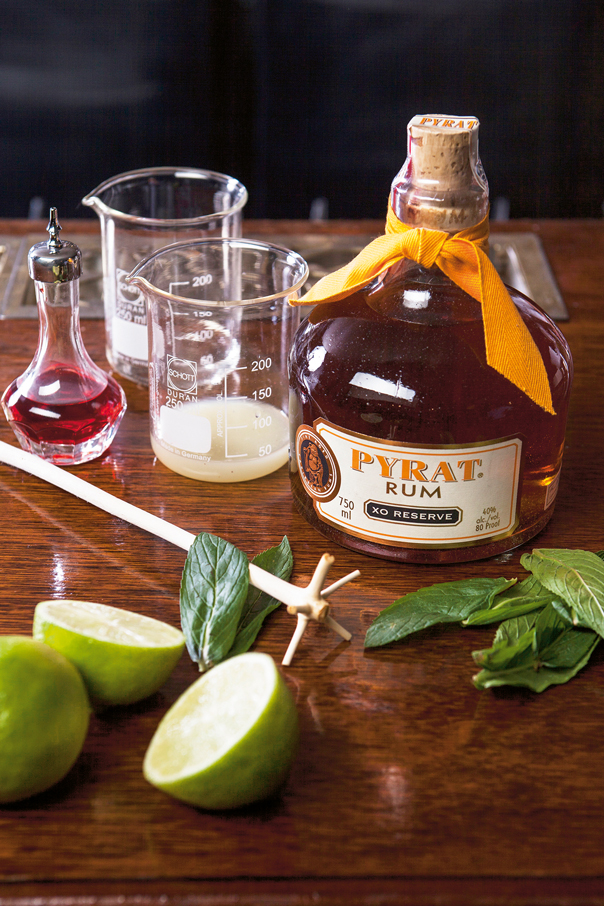 • Pyrat Rum XO Reserve is big on the palate, with vanilla, cinnamon and honey characters leading to a spiced bitter orange back-palate and a long finish.

• Pyrat Rum XO Reserve is a blend of different pot still rums from seven Caribbean distilleries, and bottled in Guyana.

• They use Limousin, Gascon, and American oak barrels. Gascon oak is less porous than Limousin, and imparts less sweetness.