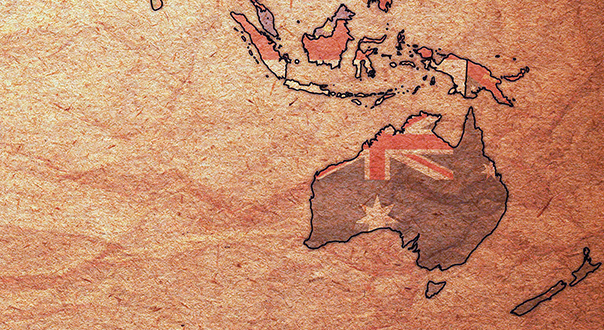 Sippin’ beers at Young Henry’s the other week, it came to mind that there might be an identity crisis going on in Australian brewing.

What beer would you turn to when your international customers ask for a truly Aussie brew? What defines a real Aussie ale? Let the Americans hold the world’s attention with hops, most of their radical beers taste like pine cones anyways. The Brits have their Real Ales, which our palates — and our climate — don’t take to so easily. I spoke with Oscar McMahon from Young Henry’s and Will Herborn from Nomad Brewing Co. about which style of beer looks to become the sigma sum of our brew culture.

“Iconic Australian craft beers would be Coopers Pale Ale and Stone and Wood Pacific Ale,” said McMahon. “Both changed people’s perception and redefined Australian Pale Ales in their own way. Due to our hot summers and great hop growers, Australian brewers will continue to create great hop forward summer styled pale ales and I think it’ll be something our country will be known for in the beer world.”

Our signature brew should reflect our sun-kissed nature, our laconically lazy laidback attitude, our harsh but beauteous environment and our idolisation of rebellious attitudes.

The Australian Pale Ale differs itself from the American-style Pale Ale by the latter’s significant use of American hops, which lends it a hop-centric profile more similar to the imaginings of yesteryear’s IPA’s.

The Australian Pale Ale-style isn’t as heavy on the hops. As a top-fermented ale, it straddles the divide between comfortable sessionability and honest-to-good taste.  Often presenting a mild to mid hop profile, the malt bill uses pale malt, which was historically kilned by coke (though this does not appear to be de rigueur these days).

The Australian Pale Ale-style is often bottle conditioned, giving the beer a cloudy appearance thanks to the suspended yeast.

You might by now be thinking of a certain green-labelled variety of Coopers.

“Where the Australian iconic style lies,” said Herborn, “is sandwiched [somewhere] between Coopers Green — having a low bitterness and just definable fruitiness — and Little Creatures Pale Ale as the emerging model off of the American APA style. What you get is Stone and Wood Pacific Ale as the meat between two buns.”

The thing that each of these beers shares is a drinkability, flavour (but not too much), and a suitability to our climate.

Some top examples of the Aussie style…

Stone & Wood Pacific Ale: Made from all Australian barley, wheat, and galaxy hops.

0
Australian Bartender October 13, 2014
No Comments Yet