You may have noticed there’s more Australian-made spirits making their way on to your back bar. But for those of you who have had a taste for American craft spirits for a while, you might well wonder why the boom in Aussie products isn’t bigger.

The craft spirits scene in the States has exploded over the last decade, much like the craft beer boom before it: in 2003 there were around 70 craft distilleries in operation; today, that number is upwards of 600.

And there are new players coming into the Australian market each year. You have guys like those at Perth’s Whippersnapper distillery, who have ploughed a lot of time and money into getting Australia’s first American-style whiskey off the ground, with plans for a single malt Scotch-style bottling in the future.

Yet some things stand in the way of the Australian craft spirits industry expanding. The first thing that comes up? Tax.

“The excise tax structure on spirits is the biggest hurdle for small producers to enter the market,” said Dean Lucas, who launched his 666 Pure Tasmanian Vodka brand five years ago. “There are no concessions for small or new producers which small wineries enjoy. This means the pressure on cash flow increases as your volumes increase.”

Stu Gregor, who launched Four Pillars Gin last year, wrote about this problem on his blog:

“Get this – the Federal government makes almost THREE TIMES more revenue out of one bottle of our gin than we, the producer, do,” he writes. “Yep that’s right. We make around $12 per bottle (and then we take out COGs and expenses) and the Feds get $24 excise plus $5 GST – so close to $30 PER BOTTLE! It’s INSANE.

“And it makes Australia the highest taxed spirits industry in the world. An American craft distiller is taxed 10 TIMES less than we are.”

he makes a compelling argument, and you can read his post in full by clicking here. 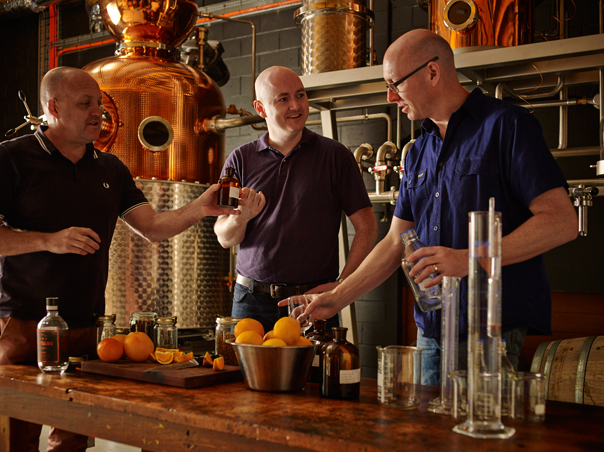 And there are other hurdles that small producers need to overcome. Lewis Kneale, who makes the Little Drippa brand of cold drip espresso for use in cocktails, said small producers face a disadvantage in the market.

“The market, in particular in places like Sydney, is tied up by the larger spirit companies and often this means that bartenders have less chance to use more boutique products in their cocktails,” he said.

Kneale believes that with an increasing number of smaller to mid-size distributors popping up, though, that this could change.

“It is difficult for brands in the beginning to reach out to every bar and as companies like Vanguard, island2island, Neat Spirits, Quittin Time, etc grow their portfolios and the number of reps on the road we will also see opportunities for small brands to extend their reach,” he said. He also sees that the wholesalers are becoming more receptive to smaller, homegrown brands. 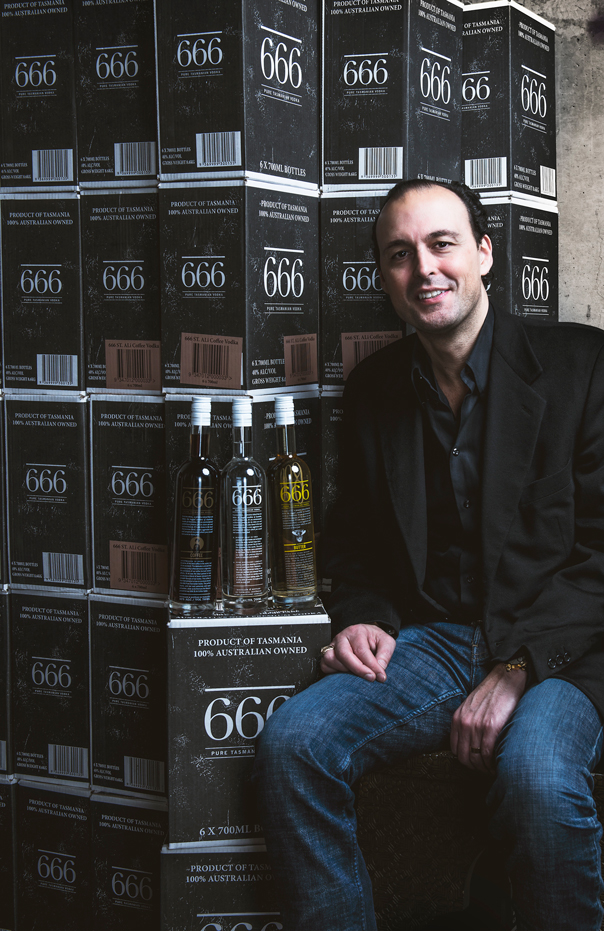 And that may be a result of the warm welcome these products have had from bartenders, and in the case of 666 Vodka, the input bartenders have had on the development of the brand.

“They have embraced it as their own – something local they can be proud to recommend,” said Lucas.

“And with the development of our flavours (666 Autumn Butter and 666 St Ali Coffee) we did extensive bartender tastings involving over 20 bartenders during the development stages to get their input on the taste profile. So many of the bartenders actually had direct input on how the final product tastes.”

“The product has been on the market for two years now and it has only been possible through the support of bartenders — in particular, bartenders that help small brands to grow by taking the time to play with new products and give constructive feedback.”

Why the taxation of spirits isn’t likely to change

There are a number of industry groups each wishing to see changes to the taxing of alcohol, but they all want something different.

The Brewers Association of Australia and New Zealand — which includes CUB, Lion Nathan, and Coopers — support a system of taxation based on alcoholic volume. Beer, they say, is around 5 percent ABV, so it makes sense to “encourage drinkers – for those sensitive to price changes — to gravitate towards lower alcohol products.” Keep beer cheaper than wine and spirits, they say. But they might be keen on keeping the WET, because they’re also making “traditional” cider — which is taxed the same as wine.

The Distilled Spirits Industry Council of Australia (DSICA) — representing the interests of pretty much all the international spirits players — think they pay too much. Each February and August, the price of beer, RTDs and spirits automatically goes up (as does tobacco) in line with increases in the consumer price index (this February the federal government whacked a little more onto it, too).

It was a move implemented in the 1980s that was a neat political solution to avoiding the negative press the government got when the excise was included in the yearly budget. Twice a year the excise increases, and the government doesn’t have to talk about it. Hey — it’s just CPI mate!

But because spirits were taxed higher at the time this system began, even though it increases at the same percentage rate as beer, the dollar value — and subsequent price you pay in bars or at shops — is a higher amount. And it has the effect of pricing some of these spirits out of the reach of consumers, so they end up switching to cheaper options (like beer or cask wine). Currently, for a standard 40 per cent ABV spirit you’re paying $1 per standard drink to the taxman. DSICA has suggested a pause in the spirits excise increase, so that the lower alcohol options can catch up.

And then there’s the Wine Equalisation Tax. Wine producers aren’t subject to a tax on alcohol by volume; they pay based on the value of wine — a tax of 29 per cent of the wholesale price. Which is great if you make mass produced cask wine: some reports have it as little as 10 cents per standard drink. Think of those great expanses of irrigated vineyards in the flats of the Riverland region pumping out (with a few notable exceptions) unremarkable vino destined for the good old four litre goon bag. But if you’re a producer of premium wine, you might be better off under a system in which all alcohol was taxed by its ABV — even one in which a flat tax was introduced.

Oh, and don’t forget, there’s a WET Rebate, which gives producers some money back — up to $500,000 each year. The Winemakers Federation of Australia worries that the livelihoods of many would be affected by any change.

But then, Cider Australia (which counts CUB as one of their members along with smaller producers and apple and pear growers), well they might get annoyed at that. They work under the Wine Equalisation Tax, so they’d likely pay more tax if a flat tax regime was adopted. But because the ABV is similar to beer, under a alcohol by volume tax system they could be doing ok — yet still worse off. Further still, the DSICA has called for cider to be taxed at the same rate as RTDs, which, like spirits, is around $1 a standard drink.

Then you’ve got the health advocacy groups, like the Foundation for Alcohol Research & Education. They’ve called for changes to the WET because they see it as a cause of social harm — and alcohol is in involved in a fair share of harm to the community. They’d prefer a volumetric approach, where wine is taxed by its alcohol level, but have recommended it gets taxed at the level at which beer does in the meantime.

One last thing: for some reason Kiwi wine producers can claim the WET rebate, too. Because we all need more cheap Marlborough Sauvignon Blanc, right?

So there’s a lot of interested parties, each with their own agenda, lobbying for the government’s attention, wanting to get their own way.

0
Australian Bartender October 15, 2014
No Comments Yet