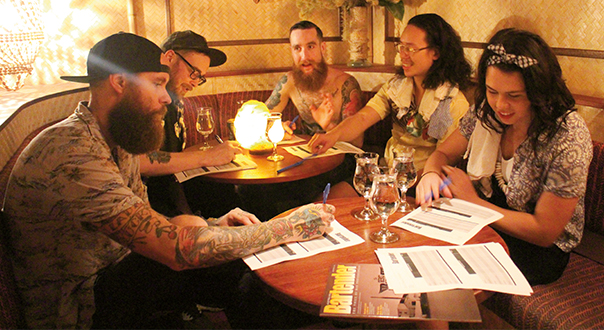 You know what a high-alcohol spirit smells like. You stick your nose in that glass, take a good whiff, and quickly recoil. The high alcohol does for your nose what napalm does crops: renders it utterly useless. Let’s just say you won’t be picking up any faint or subtle aromas for a while.

Overproof rum is one of those spirits. It’s fearsome alcoholic strength is enough to strike fear and trepidation inside even the most seasoned, adventurous and booze-hardened of bartenders. 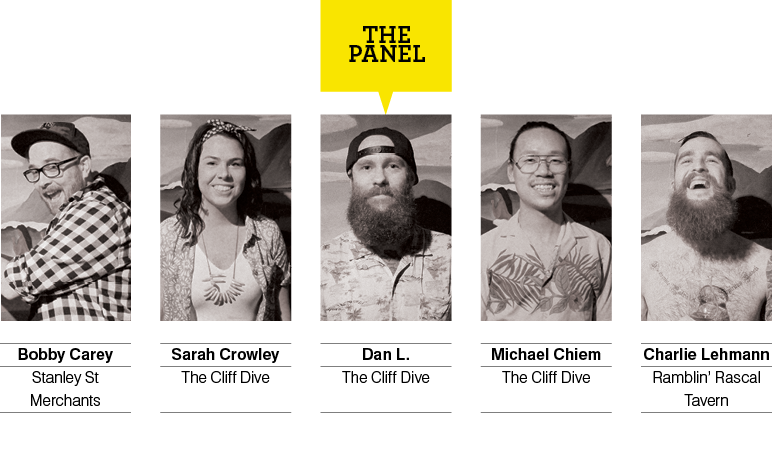 It’s called for in a number of tiki classics — like The Zombie, where it is employed as but one of the rums in the mix (and often set ablaze) — and in even more modern day classics like the Nuclear Daiquiri (for which no garnish is included for it could “not withstand the awesome power”), but you won’t find bartenders regularly calling for it. Unless, of course, they’re trying to hurt one another.

But it is a category that’s been around for a while. The term overproof comes from back in the days of the British Navy. The story goes that the sailors’ daily ration of rum was required to be of a high enough alcohol level that if gunpowder came into contact with it, the powder would still light.

That alcohol level was 57.5 per cent ABV in our modern day parlance, or 100 proof on the old scale. Let’s face it, if you were a sailor and about to shoot the cannons at another wooden boat in the middle of an ocean, you too could do with a shot of high proof booze to steady your hands.

We headed to Sydney’s tikitastic hideaway, The Cliff Dive, to get the panel’s opinion on these high strength beauties. One disclaimer, though: the Robinsons comes in at a little under proof, at 55 per cent ABV.

Check out the tasting notes below, and click on the image for a larger view. 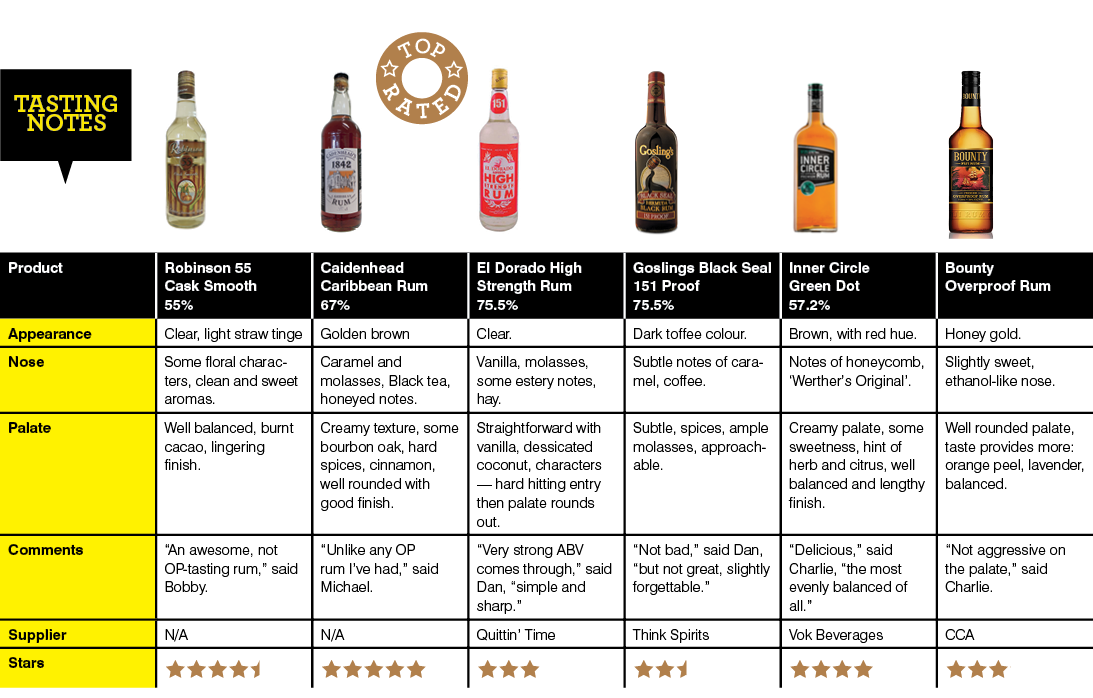