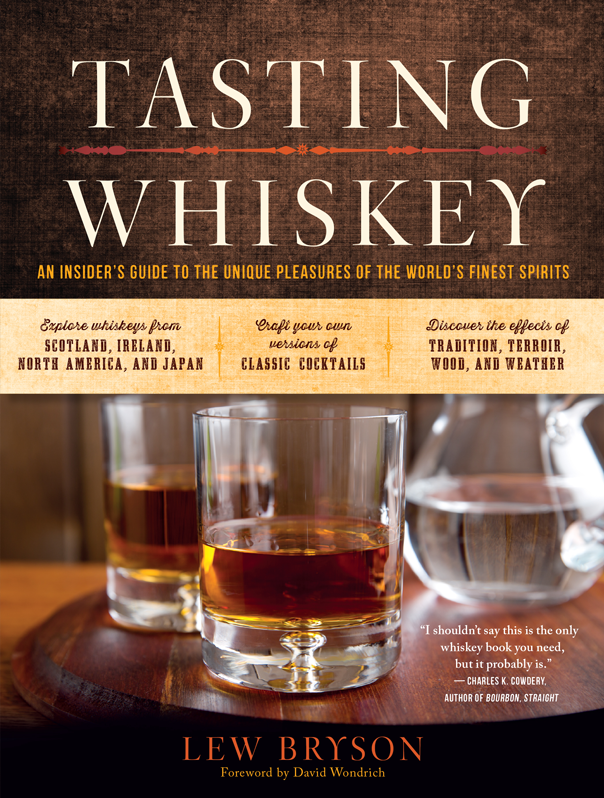 Here’s a book for whisky lovers and whisky novices alike. Tasting Whiskey: an insider’s guide to the unique pleasures of the world’s finest spirits, by Lew Bryson, is getting a November release in Australia, and for the bartender who wants to learn more about this storied spirit, there are few books that will give you a better understanding.

Bryson has written for Whisky Advocate in the US for the better part of two decades, and he sure knows his stuff. The great thing about this book, though, is the accessible way in which he writes and the clear way the book is structured.

If you want to get geeky about things, Bryson can do that. He gets into what barley really is, gives you a good insight into why peat tastes different from different places (it’s the different plants that grow in different places that imparts their unique character), and discusses the attributes of rye and corn. He steps the reader through fermentation, cooking the mash, and each step in the whisky-making process.

Accompanying the text are clear, simple diagrams throughout. He hits on elements of the process — like the role that copper plays — in handy breakout sections, which we’re sure bartenders are going to find useful as reference points in the future. It’s the kind of book we’d expect to see dogeared and marked throughout with Post-it notes. He covers how to taste whisky, too.

He even delves into the “whisky” or “whiskey” thing, and gives the clearest explanation of why you might use either spelling:

“I’ll spell it out for you: it doesn’t make any difference which way you spell it, except for national pride. “Whisky” and “whiskey” are two virtually identical words for the same thing. I don’t even know why we have discussions about it. No one has ever proposed that a Canadian’s “neighbour” is any different from an American’s “neighbor.” An ingot of “aluminium” is the same stuff as “aluminum,” right down to the subatomic level.”

Bryson, for what it’s worth, uses the spelling “whiskey” whenever not referring to the Scotch, Japanese, or Candadian stuff, because as he says “I’m an American, writing in America; it’s how we do it here. But it’s only spelling.”

Tasting Whiskey has something for those new to whisky because of the way Bryson writes. It’s accessible, conversational, and doesn’t seek to intimidate the novice. Yet if you’ve already got an interest in whisky there’s so much in here that even more hardened whisky fans will come across things they didn’t know. We certainly plan to spend some more time with the book over a few drams.

You can pick up a copy of Tasting Whiskey at bookstores around the country or online at booktopia.com.au.

0
Australian Bartender November 3, 2014
No Comments Yet