Now that the Day of the Dead has passed, how much do you know about why it happens?

It’s easy to get carried away with the silly stuff of drinking — and indeed, bartending. We might go on a sensory “journey” with a cocktail degustation, pound shots of liquor we’d never normally touch because it’s funny, and so on. And so it’s also easy to forget how important and central to life and community alcohol can be. The real story of booze, after all, is always about people.

The Day of the Dead celebrations in Mexico often have alcohol — tequila, mezcal, whatever — closely associated with them. Not because of the event itself, but because of the role it plays in Mexican culture.

“Alcohol is not actually a must during this celebration,” said Mexico City expat Jorge Cervantes, the owner of supplier Mextrade Australia (he brings in Mezcal Amores, Siete Leguas, and Arette Tequila). “However, as our culture pretty much dictates, with every celebration, we drink; whether it´s for happiness or sorrow.”

Known there as Dia de los Muertos, the Day of the Dead celebrations are a three day period that begins on October 31. They’re celebrations based on Catholic days for remembering the dead, but with roots going back to pre-Hispanic days.

“Day of the dead traditions date back to pre-hispanic times, as for our ancestors, dying was the start of a journey towards the Mictlán,  the kingdom of the dead which was also called Xiomoayan, a words that was translated to ‘Hell’ by the Spaniards,” said Cervantes.

“With the arrival of the Spaniards, traditions changed and it was then that the Day of the Dead celebrations as we know them originated, being the 31st of October and 2nd and 3rd of November — the dates indicated by the Catholic church to celebrate the memory of the dead.”

Because there is the belief that during this time, dead relatives are present in spirit, these days are a celebration, with family members telling stories, singing songs, because they want their deceased relatives to experience the fun.

“It´s important to note that the most pure and traditional celebrations are observed in rural and indigenous communities, which believe that the souls of the deceased return during those nights to enjoy dishes, drinks and flowers that their relatives offer on their honour in the way of an altar,” said Cervantes. And it’s the building of the altar at the start of this time when the fun begins.

“When building the altar, most people will include a bottle of the deceased spirit of choice, in most cases, tequila,” he said.

“The altar is definitely a highlight during this celebration, it is meant to be built by the relatives of the deceased as it is believed that the soul will return to “hang out” with them and comfort them for their loss.”

In the towns outside of the major cities, the celebrations take over the streets.

“A lot of parades and festivals are held around the country mostly in smaller towns outside of the big cities where people take the streets to “celebrate” the return of their deceased.  In these celebrations, alcohol is very much present and considering it´s a five day event, most people go on a bender.”

But as with a lot of traditional practices around the world, there have been moves away from this tradition — the Halloween activities of Mexico’s northern neighbour have even made inroads.

“While many of the people that have some sort of link to pre-Hispanic cultures still celebrate Day of the Dead the traditional way, the influence of the somewhat “similar” Halloween celebrations in the United States, which originated from Scottish and Irish immigrants to celebrate the end of the harvest season, have had a big impact in the way Mexicans, especially from the big cities, celebrate,” said Cervantes.

“Within the big cities, it is common to see a lot of children trick-or-treating, US-style, while in other areas there is a mix of cultures in which the older people will focus more towards the traditional celebrations while the kids enjoy the excitement of dressing up and receiving candy.

“Halloween parties are also a big thing in the cities, just like the ones you can find around Sydney.”

From a bartender’s perspective, it may be sad to see the emphasis move away from tequila to candy, but it’s a great example of the role that drink plays in traditions that hark back over more than 500 years. 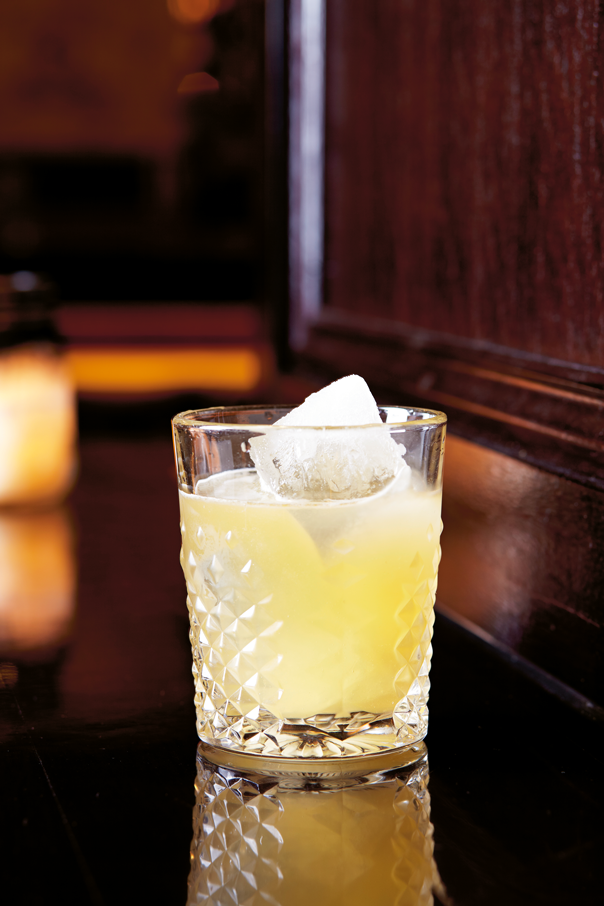 Shake ingredients together and fine strain into a rocks glass with ice, atomize mezcal on top.

Adapated from a recipe by Thor Berquist, this recipe is inspired by the Penicillin, but made with agave spirits.

Four tequilas to toast your ancestors with…

Cazadores Blanco: 100% agave tequila, made from agaves grown in the highlands. It has rich and fruity taste. Bacardi Lion

Distinguido Tequila Silver: This is a 100% agave tequila that is bottled straight from the column still after a double distillation process. It is pure agave on the palate, with a hint of sweetness and smoke. High Spirits Beverages

0
Australian Bartender November 4, 2014
No Comments Yet