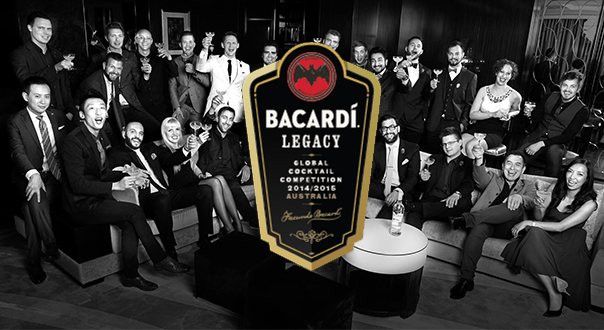 The Australian round of the Bacardi Legacy Global Cocktail Competition is nearing its close, with the regional finals having been held throughout the month of November.

A massive number of entries have been whittled down to the Five Most Promising below:

The five will now fight it out in the last round of the Australian leg of the competition, with the winner going on to represent Australia at the global finals in Sydney next year.

The Five Most Promising will now spend the next three months working with Bacardi to promote and market their Bacardi Legacy cocktail before gathering in Melbourne next year for the Australian final. The winner goes on to represent Australia at the global final in Sydney and wins a VIP trip to Tales of the Cocktail in New Orleans.

“With Bacardi Legacy now in its second year in Australia, the level of competition continues to rise in quality, creativity and innovation,” said Phil Bayly, Bacardi Legacy judge, “where the combination of ingredients mixed with presentations creates a palate of colour and taste to tease the most experienced imagination”.

0
Australian Bartender November 21, 2014
No Comments Yet