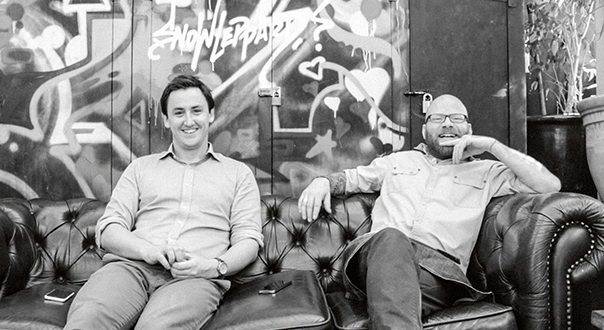 Taking over responsibility for your bar’s cocktail list can be a daunting thing: you might tweak things here and there, but you also might need to give the thing a complete overhaul. Where do you start? Here’s some tips on how to write a cocktail list.

We’ve spoken with some award-winning talent to demystify the work involved in putting together a good list. The Keystone Group’s bars manager, Jason Williams, took out Bar Manager of the Year this year, and his work with The Rook’s bar manager, Cristiano Beretta, saw them get a nomination for Cocktail List of the Year.

We also spoke last year to Tim Philips, whose bar, Bulletin Place, has won Cocktail Bar of the Year two years running. Below, Williams, Beretta and Philips give their tips on creating a winning cocktail list.

Start with the classics, before you get too fancy.

Get the drinks right.

“You want to make sure you don’t have too many drinks,” said Philips. “It’s always best to have quality over quantity. That might be seven drinks [on the list], that might be 17, but make sure that every drink that’s on that list is an absolute belter of a drink, and it suits the season.”

Pay attention to the seasons — it’ll save you money.

“We all know those horror couple of months of the year, usually around Melbourne Cup time in November, when limes skyrocket to $110 a box,” said Philips. “And the reason for that is it’s very hard to grow limes anywhere in Australia at that time of the year. So I’d like to see a lot of bartenders moving away from lime-based drinks at that time of year; and lemons are probably at their cheapest at that time as well. So manoeuvring their lists so that they’re using lemon as a citrus element instead of costing their bar, costing their owners, 40 cents for every wedge of lime they use in a drink.”

Inspiration comes from many places.

“I get inspiration from a little bit of everything,” said Beretta, “walking through markets, eating at restaurants. From different flavours, different ideas, reading books, and whatever catches my attention.”

Jason Williams agreed. “I probably get more inspiration for our fun, wacky ideas from places other than the normal places — not cocktail books, not books, not blogs. It’s more that we might find a serving vessel at Victoria’s Basement or we might see an ad for a new fragrance — that might spark something and start the internal conversation about that idea,” he said. “Then we talk flavours, we talk names, and it all ties together after a conversation between three or four of us.”

“We can find a glass first, or we can find a garnish first, and everything ties up to that,” said Beretta. “You might have a cool name for a drink, and find a way to come up with a drink that ties into the name.”

Give people a good mix of things.

“Look at the balance of the spirits as well,” advised Philips. “You want to have a good balance and hit every demographic — maybe introduce your customers to new, more exotic spirits, whether it’s things like calvados or grappa, or arak or kummel, whatever it is.”

It’s really not about you, hey.

“Keep in mind you need to know your guests,” said Beretta. “You need to know what they like to drink. Yes, obviously you want to make a good drink, but if they don’t come and drink it more than once, it’s probably good for you — but not for the clientele you have there.”

“That’s the best point,” said Williams. “How many bars have you been to that have four Old Fashioned variations and really boozy drinks that bartenders might like?”

“Not everyone is a bartender,” added Beretta. “You’re here to make money, and to make [guests] happy.”

Why be so serious?

“Cocktails have to have an element of escapism, they’re meant to be fun,” said Williams. “People are going to come in, spend 16, 17, 18 or 19 dollars for a cocktail, so it needs to be fun. It needs to be thoughtful, so that people can have a cocktail that – it sounds really cheesey — but so that they can be taken somewhere else. Whether it somewhere tropical, whether it’s somewhere earthy and warming with a dark spirit, make those cocktails fun and thoughtful, instead of serious, boozy, Old Fashioned variations. Which we’ll drink as well.”

Don’t forget to be practical though.

“First and foremost, think about the basics,” said Philips. “You’ve got to be able to make these drinks in a busy bar environment. You need to think about the practicality of what needs doing. That’s in terms of how much prep is required, how many ingredients go into the drink, what glassware they go in,” he said.

“I’ve seen many cocktail lists on which 80 per cent of the drinks require  martini glasses, for instance, and all of a sudden on Friday night at 9pm, you find yourself after a martini glass and everyone’s scratching their head. And why’s is that? Because every drink’s in a martini glass.

“You’ve got to have a balance of shaken drinks, to stirred drinks, to built drinks as well — that takes the pressure off your shakers as it means you don’t need to clean [shakers] every drink.”