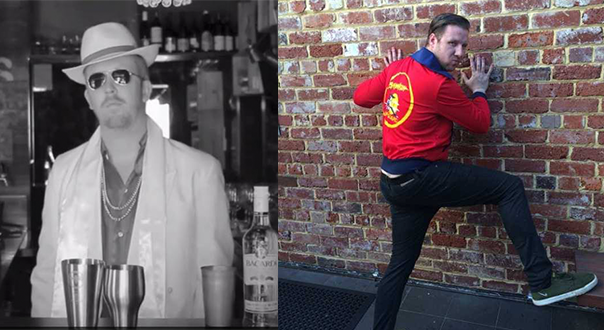 You may know that the Australian finalists for Bacardi Legacy, better known as the Five Most Promising, have been promoting their drinks in the lead up to the national final in Melbourne in March.

Well, one of those five, James Connolly from WA, sent us a video which we enjoyed and thought we’d share with you. It features Perth’s Simon ‘The Hoff’ Hough mixing up Connolly’s cocktail, The Cantinero’s Kiss, with a large degree of, shall we say, flair.

“It all started when I made Alan of Thomas Olive in Melbourne a Cantinero’s Kiss t-shirt for putting my drink on [at the bar],” said Connolly. “I got a phone call from the “Hoff” wanting a t-shirt too. So I did him an exchange: one t-shirt for a flair video, then I passed it over to Christian and Rama who did the rest [and put together the video].”

0
Australian Bartender February 9, 2015
No Comments Yet