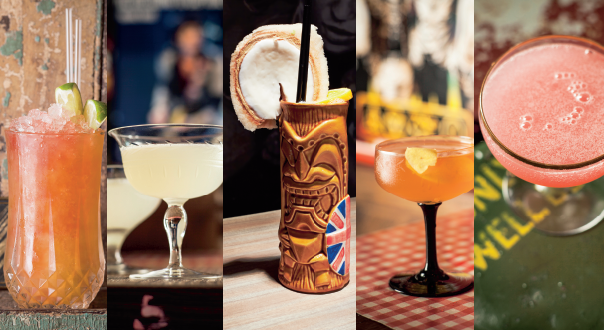 You know, some times it’s the weather, some times it’s just the time of day — or sometimes you just want something different. Sometimes you need a drink you could order in a swim up bar of some Caribbean resort, or pick up in a shack of a bar on beach.
That doesn’t mean you need to go for the cheesey hotel bar drink though. Caribbean cocktails have their own pantheon of classics, like the ones we’ve got here. We assume you’ve got your Daiquiri specs down, and have come across a Pina Colada or two whether or not you were caught in the rain. We assume, too, that you’re familiar with the Mojito (if not, what the hell kind of bar do you work in?).

Instead, here we’ve offered a few Caribbean classics you may not have had before — or haven’t tried in a
long time. 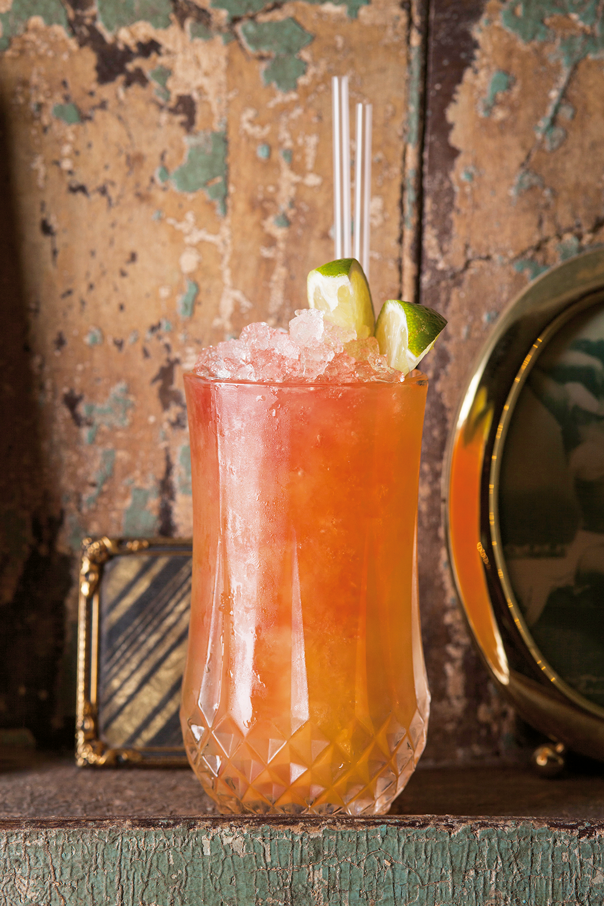 Combine all ingredients in a glass with cracked ice. Swizzle, then top with crushed ice and bitters.

The Swizzle is a classic Caribbean cocktail. Rustic in its use of simple ingredients — bitters, rum, citrus — it derives its name from the twigs of the Swizzle tree.
The branches have little prongs on each end, and it’s these “swizzled” between your palms.that were traditionally used for mixing the ingredients together. 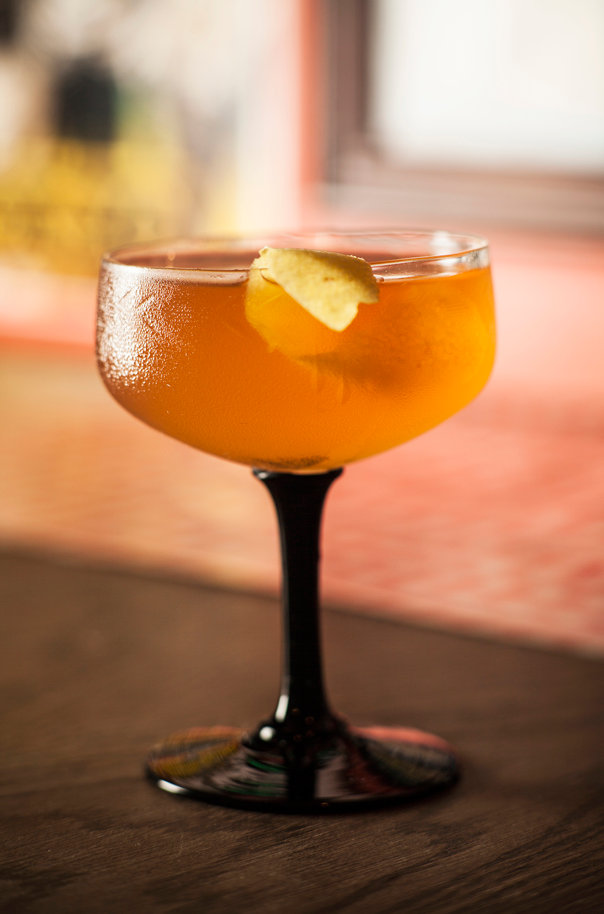 There are a number of different recipes out there for this drink, but one thing most people will agree on is that this drink hails from Cuba. We didn’t settle on a good spec for this drink until Max Greco made it for us; give his a go, it’s a great use of dry vermouth in a tropical drink. He also used an aged rum, which rounds out the sharp edges of the vermouth. 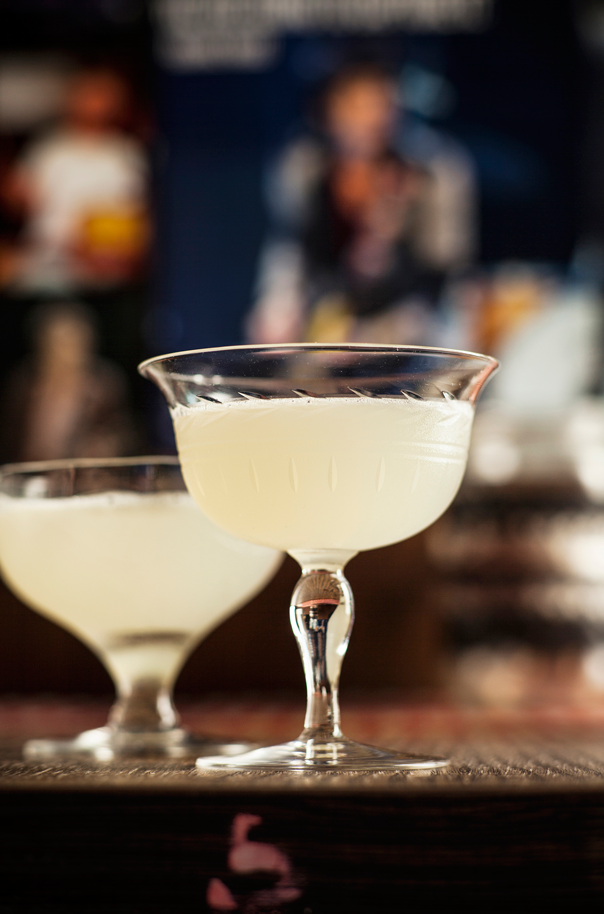 Shake and strain into a chilled coupe.

There’s a number of different recipes for this drink out there on the interwebs, but it’s this one we like best.
The drink is a modified Daiquiri, and is how the bartenders at the El Floridita in Havana, Cuba, made theirs. Note the similarity between this and a Hemingway Daiquiri, the difference being the addition of grapefruit, the subtracton of the sugar. and a doubling of the booze for El Papa. 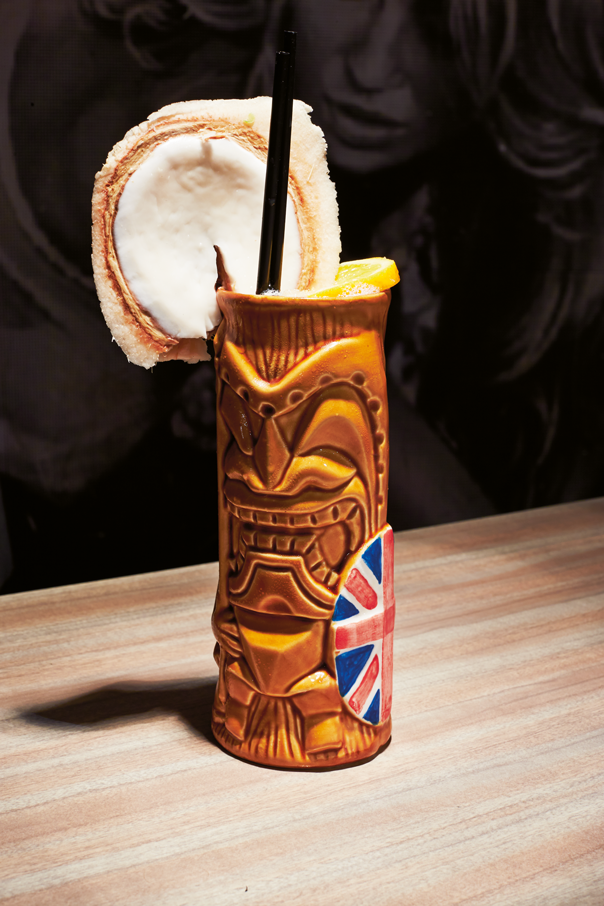 The Painkiller is one of those recipes that have been trademarked — in this case by Pusser’s rum. No matter how you feel about that, though, it’s a great drink and one of the all time Caribbean tiki classics.
According to Jeff ‘Beachbum’ Berry, this drink was invented a decade before the recipe to Pusser’s rum was bought by Charles Tobias. The history that Pusser’s gives about the Painkiller is that Tobias perfected a recipe that the owner of the Soggy Dollar in 1981, Daphne Henderson, used to make. Whatever the history in the end, the drink is delicious. That’s what counts. 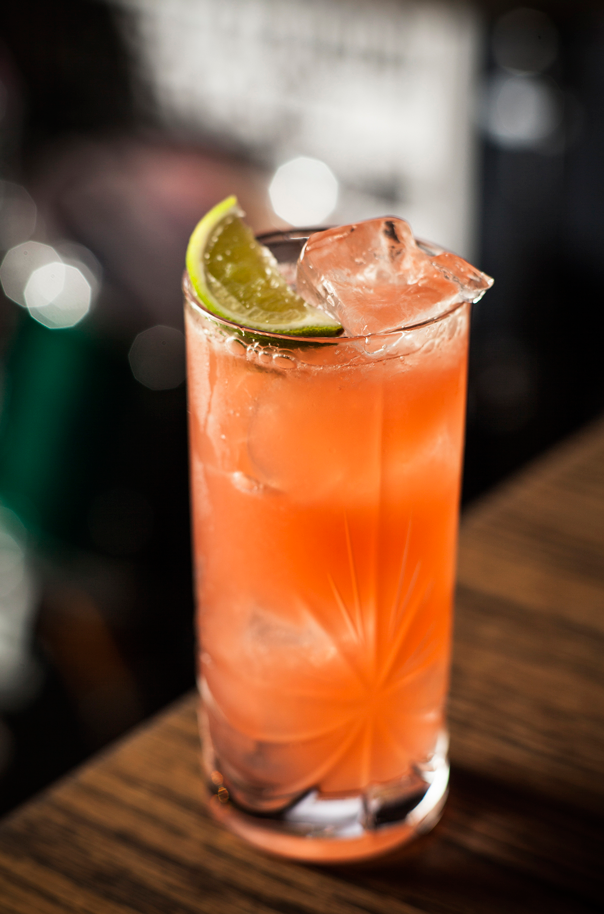 Shake together ingredients, strain over ice in a highball glass.

Who knows how long this drink has been around? It stays pretty true to the ancient rum punch formula, the sweetness here coming from grenadine. There’s something about the colour that just says “tropical”, and the first sip of it just drives that home. It’s a ridiculously refreshing way to pound
down rum. 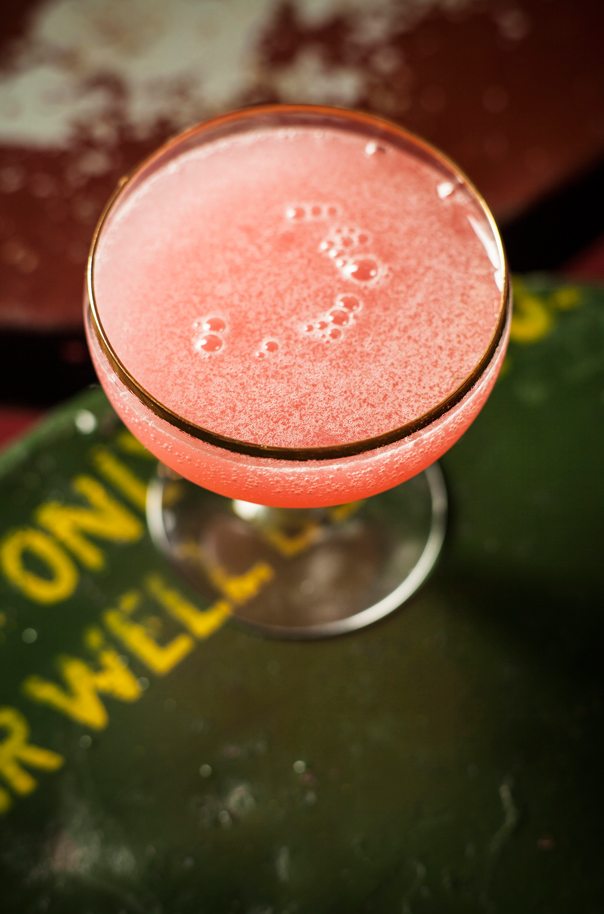 Shake and strain into a
chilled coupe.

To the keen observer of the rum drinking arts, this drink recalls a famous cocktail we’re quite partial to: the Daiquiri. And given the Bacardi brand’s long history, its roots in Cuba, and its suitability to the Daiquiri — well, that makes some sense.
The key difference in this recipe is the substitution of sugar for grenadine. You’ll need to use, as always, the real pomegranate stuff here. The sweetness of the grenadine cuts the acidity of the lime juice, and gives the drink a fine looking hue of red.

Some say this addition of grenadine happened sometime during Prohibition, and that the original was just with sugar — indeed, the very recipe for a Daiquiri. 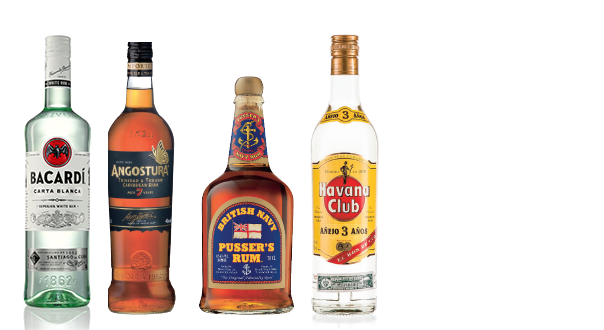 Bacardi Carta Blanca. With a history dating to 1862, the Bacardi recipe has been around a long time.
It offers distinctive vanilla and almond notes, developed in white oak barrels and shaped through a secret blend of charcoal for a distinctive smoothness.
Bacardi Lion

Pusser’s Rum. Pusser’s is a blend of five molasses based rums from pot stills, sourced from Trinidad, Guyana and the British West Indies. It’s a full bodied rum that despite its strength has a mellow medley of flavours: molasses, treacle, vanilla, cinnamon, nutmeg, espresso and toffee all given structure by oak.
SouthTrade

Havana Club Anejo 3 Anos. Made in Cuba and aged there for three years, this rum pours a light straw colour and has aromas of vanilla, caramelised pear, banana, and hints of smoked oak. Flavours of cacao and vanilla follow though on the palate.
Pernod Ricard

0
Australian Bartender March 2, 2015
No Comments Yet