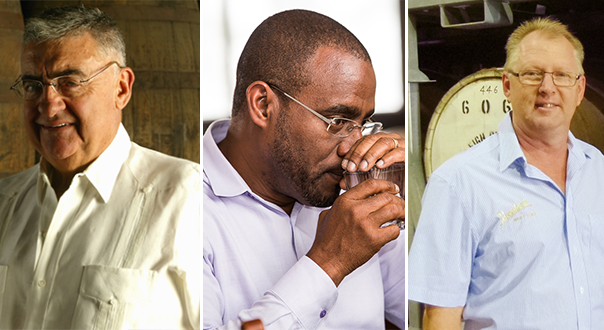 There’s a lot of romance when it comes to rum — tales of the tropics, rum on the high seas, and sodomy and the lash (though that may not be your idea of romance). But there’s a lot of behind the scenes work that goes on in distilleries and warehouses to make the great rums of the world. We asked three experts, each with decades of experience, to give us an idea of what goes into making rum. 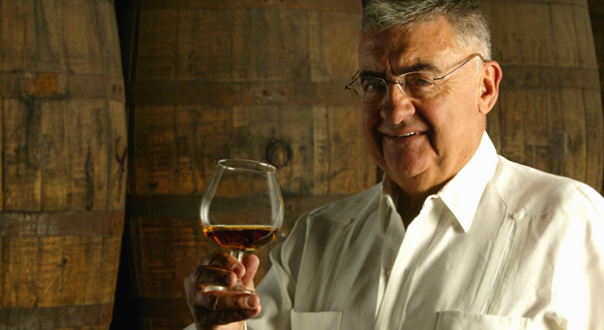 Could you describe your distillation setup?
Bacardi rum is made a using a design of continuous columns still that is proprietary to Bacardi. The different Bacardi rum variants are all blends of different rum bases; one full of flavour and aroma which we call our ‘aguardiente’ and the other much lighter and more delicate which we call our ‘redestilado’. Our aguardiente is produced using only the first of our stills, whereas the redestilado is distilled using all five columns. Each rum base has very different flavour characteristics and our stills are designed in such a way that we can produce the characteristics associated with each of these rum bases and at the same time minimize the amount of energy that is consumed by stills and their impact on the environment.

Do you use sugarcane or molasses to make your rum, and what effect does this contribute to the final flavour?
Bacardi rum is made using molasses, as it was when Don Facundo Bacardí first started making rum in 1862. What is important is how we select our molasses. Bacardi only uses high quality molasses which is selected not by its origin but by its sugar content and the absence of sulphur compounds and microorganism that can have a negative impact during the fermentation process. We only buy molasses after it has been analysed and approved by our technical team of expert distillers who ensure that it meets our strict quality criteria.

What’s involved in the maintenance of your aged stocks? How are they aged?
Bacardi uses 200 Litre American white oak barrels to age its rum bases. We age our rum bases in a traditional way where the barrels are untouched and undisturbed during their aging period. This results in a more truthful, thorough and complete aging process where flavour, aroma and smoothness develop naturally over time.

Our barrels of ageing rum – over half a million of them – are kept inside ageing warehouses specifically built to protect the barrels from the extreme weather of the Tropics. We aim to create a stable, yet natural, tropical environment for the effective aging of our rums. The fact that Bacardi is aged in hot tropical climates results in a very effective aging process with flavour, aroma and smoothness developing quickly.

The life of a barrel will vary depending on various different elements. Bacardi has a barrel replacement policy that ensures we maintain the highest quality of ageing. This is done by analysing the rum after it has been aged and measuring certain parameters such as the intensity of flavour, colour and aroma, which will act as an indicator that it is time to replace the barrel.

How do you maintain consistency of character in your aged rums across the years?
Maintaining the consistency of Bacardi over time is the most important and challenging role of the Maestros de Ron Bacardi. There are several tools that the Maestro de Ron Bacardi use to maintain this consistency and it all starts with the use of our proprietary strain of yeast that has been used to deliver the unique flavour profile of Bacardi rum for more than 150 years. We then have to ensure that this yeast has the best possible environment to create our rum which requires the best quality molasses and a close control of the fermentation and distillation processes.

The true art is then crafting the flavour profiles of our two rum bases (aguardiente and redestilado) and blending them together to create consistent rum time and time again. In American white oak barrels we develop the flavour of our rum bases and then using a proprietary charcoal filtration process we shape these rums, removing any dominant or unwanted flavour notes to create perfectly balanced rums. For many years we train to develop our senses of smell and taste to be able to identify the smallest imperfection in the flavour of Bacardi rum, and it is this skill that allows us to deliver the same consistent and perfect balance in the taste of our rums. 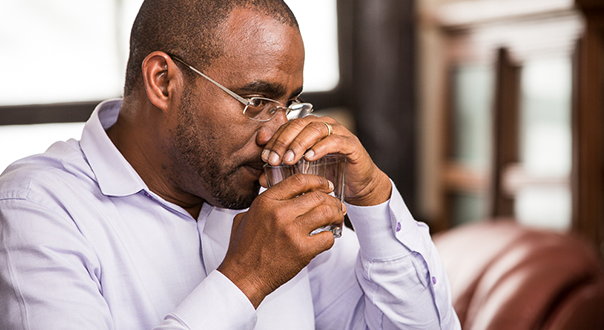 Could you describe your distillation setup?
At Angostura, we use continuous distillation – a multi-column still unit consisting of five columns. The first column is the ‘wash column’; it separates the rum from the fermented ‘wash’. Starting with the 5-9% alcohol in the ‘wash’, this column removes the water and yields ‘heavy rum’ – a full-flavoured rum between 80 – 85% alcohol. This rum is placed in oak barrels to be aged.

For lighter-bodied rums, the un-aged ‘heavy rum’ is distilled in the other three columns where it is further refined to reduce the level of the congeners in the liquid – the product, a ‘light rum’, is about 95% alcohol. The fifth column is a ‘recovery’ column whose main role is to ensure maximum product yield.

Our system of continuous distillation allows Angostura the flexibility to manufacture rums of varying character – congener levels – and provides many more options of taste and flavour that is seen in our blended aged rums.

Do you use sugarcane or molasses to make your rum, and what effect does this contribute to the final flavour?
We use molasses. During the cane sugar manufacturing process, sugar cane juice is heated to concentrate the solution. This leads to some caramelisation of the sugar. When crystallisation is initiated, the caramelised sugars and other non-sugar elements remain in the concentrated solution. This may be repeated up to three times and the final concentrated solution, separated in centrifuges, is molasses. It is a dark, thick mixture that can be as much as 50 percent sugar but, with the caramelized sugar and other elements in it, it now has complex, rich aromas — and a flavour to match plus a little bitterness to contrast the sweetness. All of this comes through into the rum — making it, to my palate, more ‘interesting’ and versatile.

What’s involved in the maintenance of your aged stocks? How are they aged?
We age our rums in once-used bourbon barrels – 200 litres (54 US gallons). We carefully select the barrels/casks as a high quality barrel is key to the ageing process. This gives the rum the best chance to mature in the way we want and minimizes ageing losses.

Our warehousing is extensive and we have thousands of barrels of rum maturing on our 17 acre facility. The barrels are checked by the coopers to ensure that there are no leaks, we re-cask if there are any leaks to ensure that we maintain the integrity of the spirits. Our warehouses are designed specially to age rum. They are constructed with materials that have insulating properties so that temperature changes are minimized. This encourages consistent rum development and greatly reduces losses due to evaporation – the ‘angel’s share’.

How do you maintain consistency of character in your aged rums across the years?
Consistency of character is maintained by the process itself. We are an ISO 9001 certified company, so the ageing process is controlled within the maturation and maintenance protocols. This plan begins with barrel selection, followed by evaluation of cask contents during the ageing process, maintenance of casks to ensure there are no leaks and finally selecting rums of different ages as needed for our blends.

We complete the process with expert blending techniques. Our Blenders use their expertise and secret recipes in a controlled process that ensures that the blends are consistently of the same taste and quality. 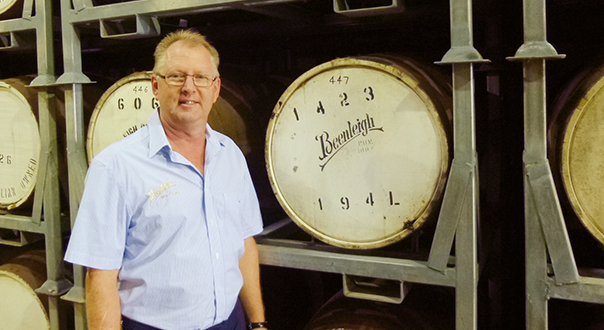 Could you describe your distillation set up?
We use the age-old tradition of a Pot Still, the way rum was meant to be produced and how our forefathers produced the original rums of Beenleigh back in 1884. Pot still distillation retains more flavour and enables the distiller to utilise his craft to capture the best rum from the Pot Still process. It delivers a more full flavoured rum.

Do you use sugarcane or molasses to make your rum, and what effect does this contribute to the final flavour?
To maintain consistency in flavour Beenleigh Rum has been supplied molasses from the local sugar plantations for numerous years; in conjunction with use of the pot still we are able to achieve a well-balanced rum; with structured complexity that can be enjoyed neat but also mixes well particularly in classic cocktails such as an Old Fashioned.

What’s involved in the maintenance of your aged stocks? How are they aged?
The ageing process is a craft in itself where a balance of barrels and small to large wooden vats are used. All of our wood is American Oak varying in age of 100 years old to 2 years old. Beenleigh Rum is primarily aged in ex Brandy vats before being polished in ex Bourbon Barrels

How do you maintain consistency of character in your aged rums across the years?
The final stage of Rum Production involves many hours of tasting rums from numerous vats and barrels so we can match the previous blends – time consuming but rewarding at the same time. Taking product from the same aged group ensures that your product will always be the same – balancing the mix from barrels to vats.