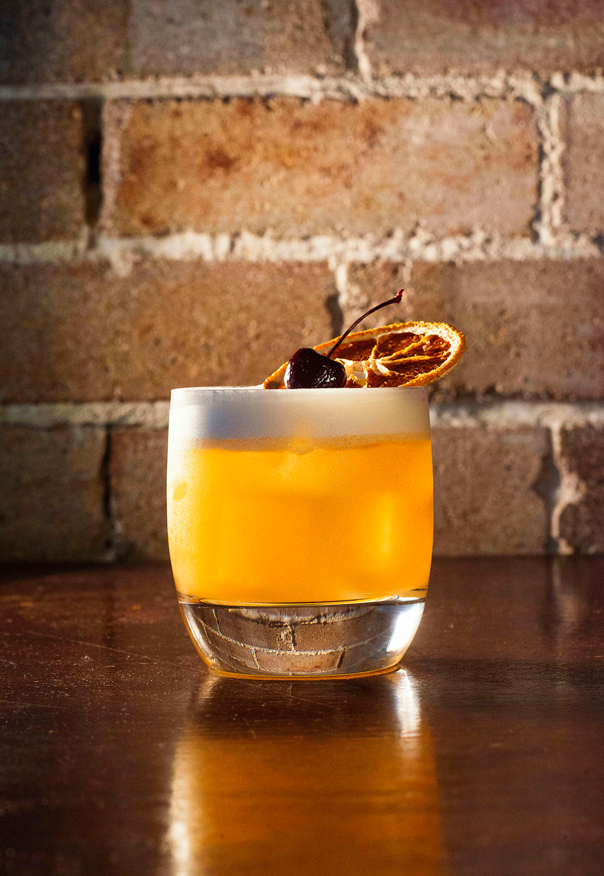 Dry shake all ingredients then shake with ice. Strain over ice into an old fashioned glass. Garnish with a cherry.

If you’ve worked in a bar for five minutes, chances are you’ve stumbled upon the Amaretto Sour. It’s been a popular off-the-menu cocktail among punters for a long time, so it’s worthwhile taking a look at what’s going on inside the drink.

At first blush, it’s a pretty simple drink: amaretto (we’ve used Disaronno here), lemon juice, egg white — shake it all up and there you go. But there’s more going on.

Benzaldehyde was first isolated from bitter almonds, but beware: bitter almonds also contain cyanide, a dangerous toxin. Luckily, commercially available bitter almond oils extract the cyanide out of the oil so that they are safe for culinary use.

Amaretto and almond essence is also commonly used in desserts and with solid, sensory reasons. Heston Blumenthal writes about an experiment with benzaldehyde and saccharine in the Fat Duck Cookbook, in which “people were able to detect sub-threshold levels of benzaldehyde but only if they had sweetness in the mouth”. That is, sweetness makes benzaldehyde more apparent. Cue the sugary delights of marzipan, and the sweetness of Disaronno.

It’s why the Amaretto Sour works – the lemon juice reduces the perception of sweetness on the palate, taming and toning down the almond character of Disaronno. It’s also why amaretto works well with lime and sparkling pink grapefruit juice. 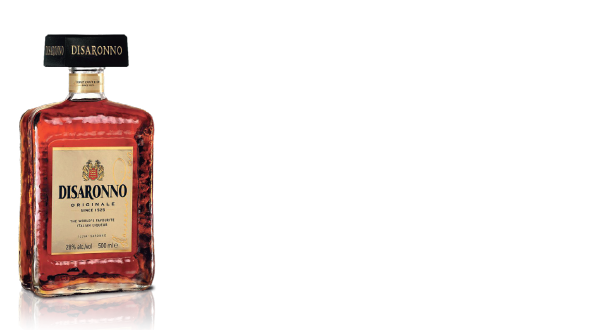 Disaronno is made without almonds or nuts of any kind, by infusing a combination of herbs, caramelised sugar, apricot kernels and fruits in liquor. The recipe has been handed down over the generations since 1525, and key aromas are almond, cacao, and vanilla.
Suntory