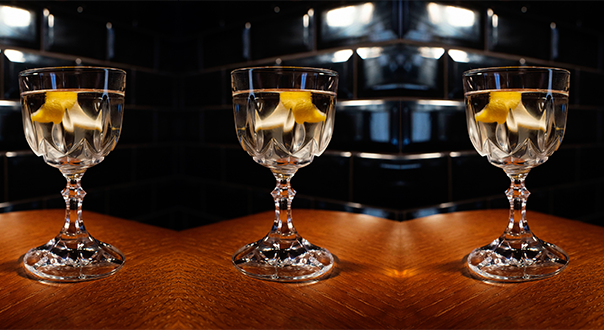 Stir — you can shake it if you want to be like Bond — over ice and serve in a chilled martini glass. Garnish with a thin twist of lemon.

Story by Sam Bygrave
In association with Belvedere Vodka

Is there a more famous Vodka Martini drinker than James Bond?

The world’s most famous spy made news recently that he’s making the switch back to his favoured Vodka Martini. (His choice of Heineken in 2012’s Skyfall caused more than a few fans to wonder if he’d lost his debonair touch.)

It’s hard to imagine any bartenders out there who would need to ask how Bond likes his Martinis — Bond first called for the drink in 1962’s Dr. No, the first film of the 007 franchise.

Famous for Bond’s legendary introduction (“Bond, James Bond.”), and Urusla Andress in that bikini, Dr. No has given many a generation of punter a quote they use to order their Martini.

“A medium Vodka Dry Martini – with a slice of lemon peel. Shaken and not stirred please. I would prefer Russian or Polish vodka,” Bond says.

While it’s only one of the many popular quotes to have come from the Bond franchise (we think that Goldfinger’s classic retort, “no Mr Bond, I expect you to die,” from 1964’s Goldfinger, perhaps has more impact), it did popularise the idea for generations that a Martini should be shaken.

Not to cramp Bond’s style, we respectfully disagree and prefer ours stirred. But hey, we’re not a superspy and he can do as he pleases (and often does — again, Ursula Andress in that bikini).

“What’s your specs, Bond?” you might be thinking. Well, Bond creator Ian Fleming had Solitaire make Bond one in the 1954 book, Live and Let Die.

“’I hope I’ve made it right,’ she said. ‘Six to one sounds terribly strong. I’ve never had Vodka Martinis before.’” 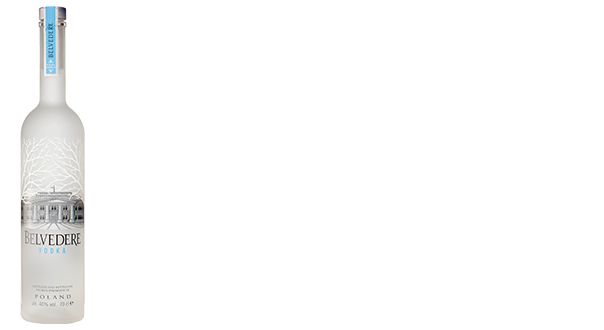 Tasting Notes
Belvedere Pure: A faint hint of vanilla and soft cream characters on the nose. Full, round, medium body and a smooth, rich, and velvety texture on the palate. Notes of almond, clotted cream, and faint Brazil nut characteristics on the long finish.
Moet Hennessy