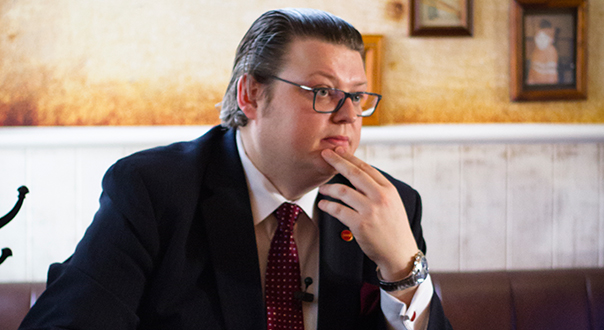 A few hours before the national final of Bacardi Legacy Global Cocktail Competition kicked off, we spoke with sixth generation Bacardi family member and global brand manager, Enrique Comas, about growing up Bacardi, Legacy, and spreading the word about rum.

How have you found Melbourne so far?
Fantastic. It’s a great scene, great bars. I’ve heard so much about Black Pearl for example, it’s great to finally come and see it. We went to Saint Crispin the other day — great food, great drinks. It’s very good.

Can you give us a bit of an introduction to yourself?
I’m a sixth generation Bacardi family member, my father was a former master rum blender – a Maestro de Ron Bacardi. He started off his career blending rum in distilleries in the Caribbean and he actually spent time in Brazil, Puerto Rico and the Bahamas. My mum’s English, and they met there, came over to Europe and he became a master blender in our factory in Malaga in Spain, and so I grew up in Europe. I started working for the business fifteen years ago. I’m now working out of the global marketing office in London.

What’s it like growing up around a distillery?
For my dad being a master blender, he could get called into work at all times. Sometimes the batches he’s blending required him to be there at night, sometimes the day, so his itinerary would change. Quite often on weekends or after school, if he was looking after us and was called into work, we’d go with him. There tended to be a few kids there or thereabouts and I do have memories of us playing in the big grassy areas outside of our distillery and using old empty barrels as goal posts and stuff like that.

It’s a great atmosphere, a great place to work. There’s always a smell of a distillery, especially ageing warehouses — obviously as kids we weren’t allowed to roam freely in the ageing warehouses, but you were in that atmosphere. I got to learn about how spirits were made just because I was around it.

The aguardiente, the rum base that comes off the still, someone asked me what does it remind me of? And I said it reminds me of my dad because he would come home from work smelling of it — so for me it’s very evocative. 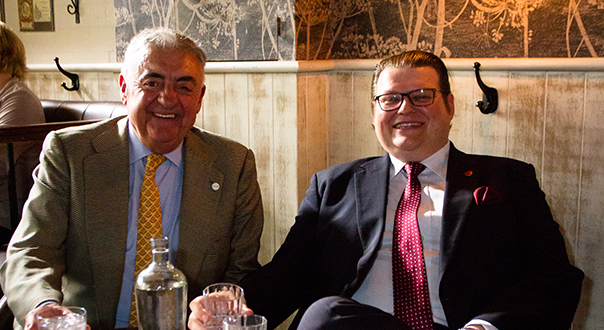 What does your work these days entail?
I currently work on the marketing side of the business and my area of expertise is trade advocacy so I work specifically on brand education for the trade, for bartenders trying to help educate them but also engage them with activities. So the Bacardi Legacy Cocktail Competition is something I’ve been working on for a number of years now. I also do education seminars, and I’m just passionate about rum, I love talking about it.

How do activities like the Bacardi Softball Tournament come about?
The Bacardi softball tournament was a great idea from the team out of the UK. It was the brand ambassador for the UK who was reading through our history. Bacardi always used to sponsor the softball tournaments in Cuba, and we’re always looking for ways of engaging people in our history in a way that is a little bit out of the ordinary, in a way that isn’t as dry as just a seminar or a presentation. The idea was, if we used to sponsor softball back then, why don’t we engage the industry in something like that where we can bring people together outside the work environment and have some fun?

You guys have done it now in Australia, the team in the US have taken it on, the team in Germany are looking at rolling it out — it’s starting to get some momentum. Ideally we’ll have an international competition!

How did Legacy come about?
Legacy actually came from an interesting nugget where we were going through some trade publications and I recognised that every time I opened a publication there were four or five different competitions sponsored by different brands taking place every month. And we were being challenged about when Bacardi was doing a competition.

I thought if we’re going to do it, we should do it in a way that’s more closely associated with our brand than just sponsoring a competition.

I was a bit frustrated by the fact that when you do a competition, the winner receives a cheque, maybe a trip to a distillery, the company that hosts it gets the PR value, then forgets about the drink, and that’s it.

But actually, Bacardi has always been associated with the creation of amazing cocktails that have stood the test of time and become popular, so how do we mix the two together? How do we create a competition where the drinks that are created aren’t just forgotten about, but we use them going forward? How do you empower bartenders not only to make a great drink, but to make that drink their signature, and to want to establish it in the industry?

Ultimately, the insight that we had was that bartenders want to be remembered like their bartending heroes. they’re always looking through old cocktail books, they talk about David Embury drinks, they talk about Harry Craddock drinks, how do we make them the legends they always talk about?

We talked about how the Daiquiri was invented by a miner, who went from bar to bar teaching bartenders how to make it. An American navy officer came, discovered it and took it to Washington, the navy then took it out, then Constantino Ribalaigua Vert in Cuba discovered it and then made it his own by taking blenders to it and fruit and the next thing you know this drink became immensely popular, from the bartenders who created it pushing it.

Where did Legacy get started?
The first year it was the UK only, it got some traction and other countries got interested, so we started to run finals in different countries, and then we brought it together to do a global final. It’s interesting because the message I always talk about with the competition is that winning it does not make your drink a legacy cocktail. It becomes a legacy cocktail if over the time it becomes adopted by the industry, if it becomes established. What we find is that just because you win the global final doesn’t mean that your competition ends. So some people who win the local finals carry on promoting their drinks locally and they become famous in their local market.

What’s your go-to cocktail?
I always say the measure of a great bartender, is can they make a great Daiquiri? Full, light, refreshing. What I find though is the older I get, the less I can handle all that lime so I get to the end of my second Daiquiri and think, now I need something else.

At the moment I’m really into Bacardi 8 Year Old Old Fashioneds, but I do like all sorts of things.