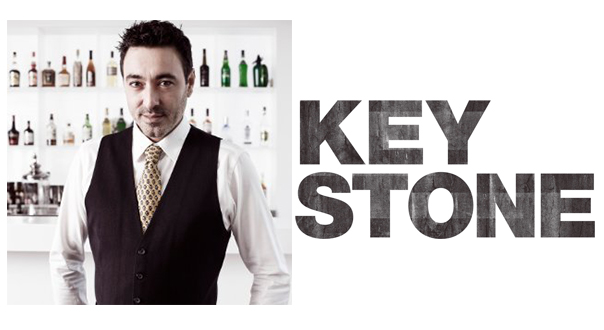 After representing Midori as its global ambassador and six years of globe trotting, Manuel Terron is taking on the role of group bars manager at The Keystone Group vacated by Jason Williams.

Williams has moved on after four years in the group bars manager role to pursue opportunities overseas, taking up a role with Singapore’s Proof & Company.

The recruitment of Terron by Keystone comes at a time when the group is expanding nationally. With Terron commencing in his post from May, we asked him a few questions about the new role, and why he took it on.

Could you tell us a bit about what you’re looking forward to in the new role?
Manuel Terron: “Getting back to the most important factor, which is customer service. That interaction between consumer and professional is paramount, so I am very excited to get back into the nuts-and-bolts of hospitality and lead the beverage program for Keystone as they grow into a national organisation by expanding on the sensational work that was established by Jason over his 5 year tenure at the helm, it also helps that I get to work with some awesome friends and bar professionals like Cristiano [Beretta] and Russ [McFadden].”

What does the role entail?
“Basically I will be the overseeing all things beverage for the Keystone group venues. This will include overseeing the training program, products offered within the group, coordinating Keystone events, strengthening the bar culture within the company and maintaining the high standard of service that the Keystone venues are known for.”

What motivated you to take on the role?
“After 6 years of traveling the world and representing a liquor brand, I felt it was time to reinstate myself into the Australian bar industry. There also seemed to be a very symbiotic way that it all happened with Jason moving away, Keystone developing into a national organisation and the role being revised to encapsulate the expansion of the company. Personally and professionally it seemed that I would be challenged in this role, not only to sustain the standards but also help the Keystone group grow exponentially into the next phase.”