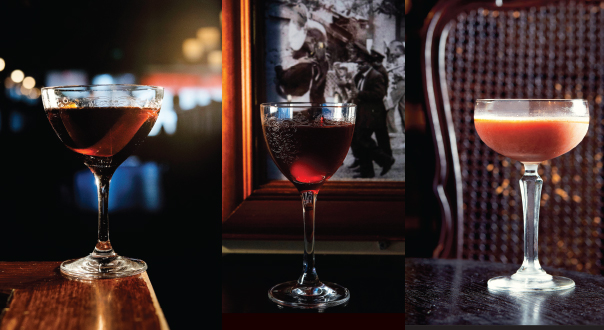 Bitters are some of the most complex drinks on the planet, thanks to the cast of herbs and roots and spices that get thrown into the mix. Here’s three cocktails which see the character of the bitters pushed to the forefront, and a roundup of some of the best bitters on the market. 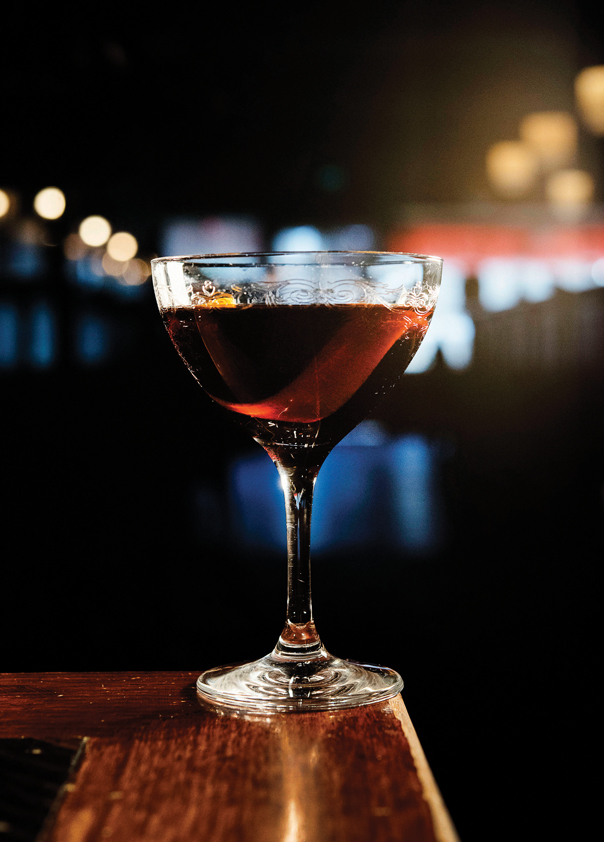 Stir down all ingredients, serve up.

Adapted from a recipe credited to Toby Maloney, The Violet Hour, Chicago

Here’s a drink that sounds terrifying on paper: how much bitter can you throw at just one drink?

This drink hails from The Violet Hour in Chicago, and we have to say that when Earl’s Juke Joint’s James Fury suggested it to us, we were sceptical. It sounds like the most bartendery of drinks — a whole lot of bitters, one for the geeks.

The truth is it’s one of the most delicious drinks we’ve come across. And it’s the perfect vehicle for the inky, powerful Fernet-Vallet which, despite the use of just 10ml in this drink, is the dark backbone of it, giving it a depth and a saltiness it might not otherwise possess. 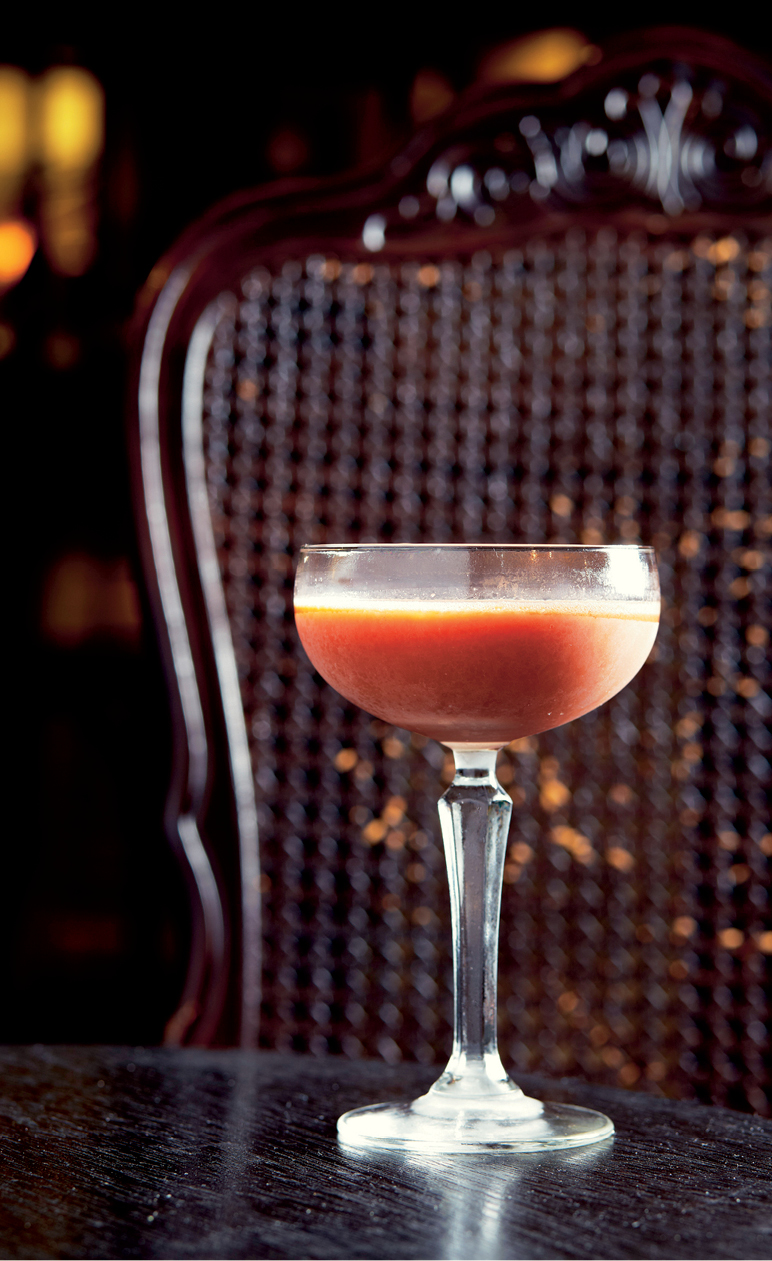 Shake all ingredients and strain into a chilled coupe.

Adapted from a recipe by Giuseppe Gonzalez, Clover Club, Brooklyn, from the late 2000’s.

This is the touchstone drink when it comes to the full bitters Monty. A modern classic, it’s a challenging drink for those who sip Cosmopolitans, but for the rest of us who love a good, complex drink, well — this drink has complexity in spades. 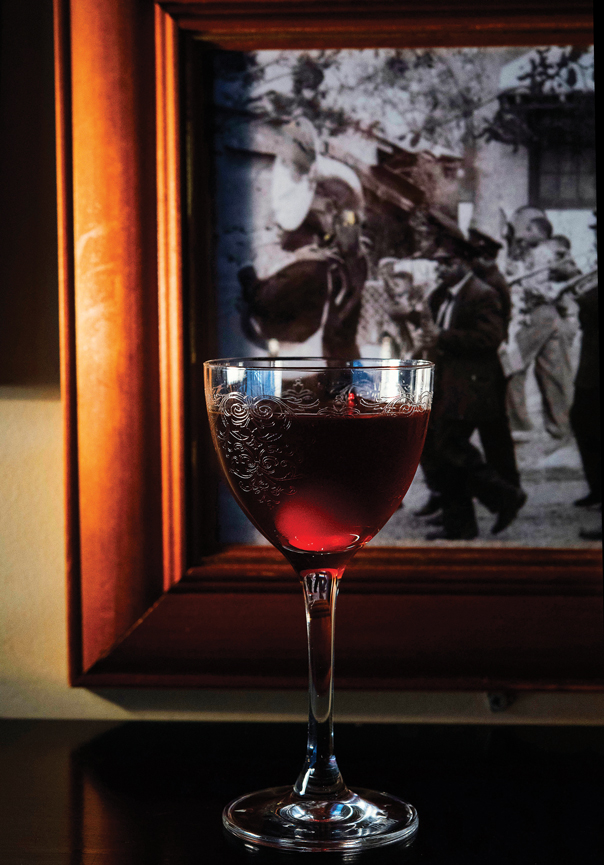 Stir down all ingredients and serve up..

Adapted from a recipe by James Fury at Earl’s Juke Joint, Sydney

The medicinal nature of the rich orange, gentian and rhubarb Suedois Dolin gives this drink from James Fury an earthy, bitter base with which to lift the whisky; the dry sherry rounding out the bitters and giving the drink acidity; the two types of bitters tie things together. 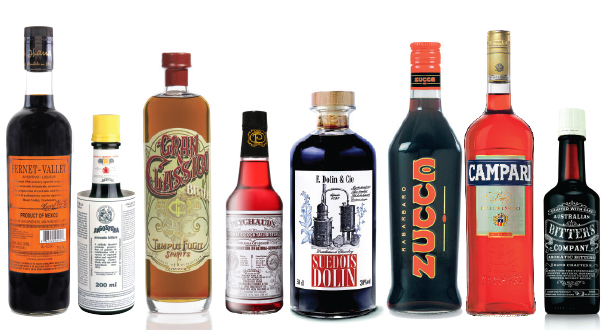 Fernet-Vallet
This Mexican-made fernet is bracingly bitter, pours an inky, thick dark black and has aromas of mint, gentian, oak and cardamom and clove. It is made from a maceration of aromatic plants, roots and spices including cinnamon, clove, Quassia wood, gentian root and cardamom. Challenging, but very much worth it if bitter is your thing.
Cerbaco

Angostura Aromatic Bitters
One of the most commonly found bitters — and with good reason. Angostura is found in just about every bar the world over and has a long history. It’s been served in bars-cum-apothecaries during Prohibition in the States, and is, in our opinion, just as good as stomach-settling shot (that’s what they were originally created to aid) as it is as an ingredient to bind together flavours.
island2island

Tempus Fugit Gran Classico Bitter
From the folks at Tempus Fugit comes this old school bitter. It pours golden with an orange edge, and has aromas of orange, cardamom, sultanas. It’s sweet on the palate with great mouthfeel: fruit cake, and orange chinotto-like bitterness on the finish.
Vanguard Luxury Brands

Peychaud’s Bitters
Invented by an apothecary from New Orleans by the name of Antoine Amédée Peychaud, it’s vibrant, reddish-pink hue is most famously required in a proper Sazerac.
SouthTrade

Suedois Dolin
Made by the makers of fine Chambery vermouths, Dolin, this French bitter has a good whack of orange to it, as well as earthy notes from gentian and rhubarb. It’s based on an 18th century recipe, and you can pick it up these days through Cerbaco Distribution.
Cerbaco

Rhubarbaro Zucca
You might not speak Italian, but you should be able to get the hint that this amaro contains a good whack of rhubarb. It’s earthy, with notes of orange and tea and herbs; sweet citrus on the front palate followed up by herbal characters and a long drying finish.
Combined Wines

Campari
Arguably the most recognisable bitter in the world, the carmine-hued Campari is a staple of the Aperitivo hour, and used in more classic cocktails than we have space to mention (the Negroni and the S’bagliato spring to mind, though).
Campari Australia

Australian Bitters Company Aromatic Bitters
This Aussie made bitters is handcrafted using local and natural herbs and spices, and made to a secret recipe. In the mix are some 20 different natural botanicals.
CCA