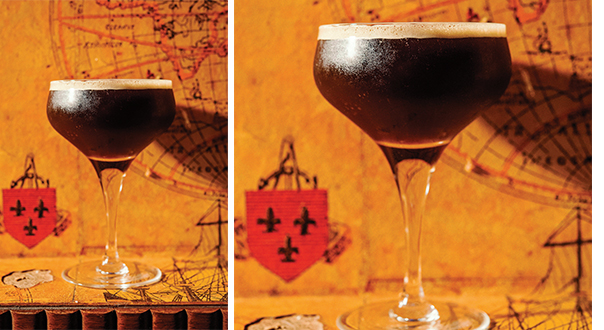 Shake all ingredients hard, and serve up in chilled cocktail glass.

Story by Sam Bygrave
In association with Tia Maria

There may be no more popular a cocktail for the Australian drinking public than the Espresso Martini, but its origins lay not in Australia — despite our pretty fine efforts at espresso. Instead, the Espresso Martini was invented by English bartender Dick Bradsell, in England, where the coffee isn’t exactly known for its greatness.

You may have heard of Dick Bradsell from other such modern classic cocktail inventions as the Bramble and the Treacle. Like the Bramble, the Espresso Martini was created during Bradsell’s time at Fred’s Club in London during the 1980’s, and started out life as a drink served on the rocks and called a Vodka Espresso. The story Bradsell tells is that an American model asked for a drink that would “would wake me up, and fuck me up.”

When Bradsell worked at Match Bar, the dink became the Espresso Martini and served up, before finally being renamed the Pharmaceutical Stimulant when he worked with British bad boy artist Damien Hirst on the bar, Pharmacy.

Bradsell himself has had an illustrious career, as Bulletin Place’s Adi Ruiz wrote in an Australian Bartender article back in 2009:

“Raised in East Cowes on the Isle of Wight, the self-confessed naughty adolescent was sent to London in 1977 to straighten out. Bradsell made an inauspicious beginning doing catering work under the wing of his ‘evil uncle’ at the not-so-hip Naval and Military Club in Piccadilly, but he soon found that he had a strong attraction to front-of-house work.

Dick leaped at the chance to be trained at the Zanzibar Club as a bartender. It was here that he developed a passion that would propel him through the rest of his career. The number of venues he’s worked (and opened) since then is simply staggering! Some sixteen and counting with juggernaut names like Dick’s Bar at the Atlantic, Fred’s Club, Groucho, Match Bar and Lonsdale House to name a few.”

It’s quite something to think of the outsized effect one bartender can have without the drinker even knowing about it. There’s many Espresso Martini drinkers in Australia who have never heard of Bradsell, but now, if you didn’t know already, at least you have.

•The recipe for Tia Maria is based on an old Caribbean recipe from the 18th century that Dr Kenneth Leigh Evans rediscovered in the 40’s in Jamaica.

•Used in the original recipe for an Espresso Martini (originally called a “Pharmaceutical Stimulant in the late 80’s). 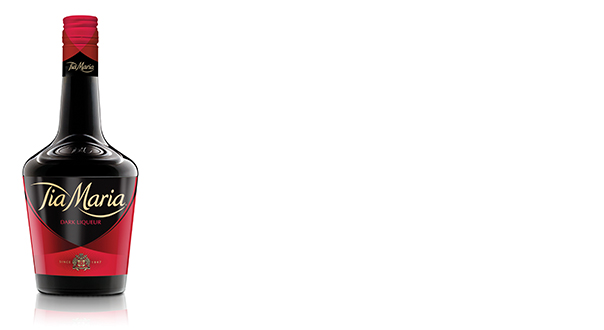 Tia Maria has been on the scene for some time now, and it’s because of its blend of fine Jamaican coffee and Caribbean spices that offers up aromas of roasted coffee, vanilla, and chocolate. Spirits Platform

0
Australian Bartender August 28, 2015
No Comments Yet