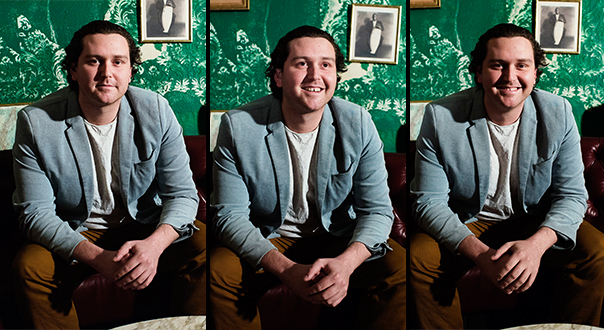 You may have met Andres Walters, or Dre as he is known. He’s the bar manager at Sydney rum bar, The Lobo Plantation, though you may have met him through his hospitality supply company, barGEEK.

Walters’ role at Lobo sees him overseeing the running of the business, in particular focusing on the service and the drink aspect of things. He’s also one of the nicest guys in the game, so we thought we’d ask Walters about what it takes to run a bar that is consistently in the hunt for awards — and always busy.

I’ve been here since we opened. I was repping before that, and basically wanted to get back into bars; I didn’t quite enjoy the repping side. I always wanted to know what it was about, but I feel like I quite enjoy running a bar, rather than selling my friends booze — turning acquaintances I like to see on a regular basis into acquaintances who, you know, you have to try and sell them stuff. You knew it was your job, but you didn’t necessarily want to sell them because you knew they weren’t going to buy it, but you had to because that was your job. It was a great learning curve.

When I started at theloft, it was the start of that whole vodka revolution where every bar had four different types of vanilla vodka, three citron vodkas, two currant vodkas, and when everyone from theloft moved on I was there and took it my own path, towards a bit more of a rum focus — that was purely just because I liked rum.

Myself and Daniel Noble [who now runs Mojo Record Bar] when he started at theloft as a barback, to teach him every Monday night we used to make an Old Fashioned and we used to do it with rum so we could both get the idea of what it tasted like and the differences between all of them — it was just a nice way to educate myself, the barbacks.

Being able to do what the guys at Lobo have let me do has been amazing. If you put an idea to them, and it’s a good idea — you’re not asking to do anything stupid — I think it’s a credit to the owners that you come to them with an idea of, hey, I want to write a little book on rum for Lobo. Credit to them, they listen to my jibber and my wildest dreams, and helped me put it to fruition.

I’m very lucky to have pretty much the same team for the last year and a half. I haven’t had many people leave, the core team is pretty tight.

In terms of training, we go over [how] everything needs to be done the same way by every single bartender, the consistency with the staff. But I think it’s more attitude with the staff: all the staff want consistency as well. It makes my job really easy, having an amazing team underneath me. I know previously, in other places, maybe there’s that one member of the team who doesn’t want to strive for that perfection in the bar, the service standard you seek. Here we’re lucky that everyone wants to have a great bar. They want to work in a great bar.

When we’ve got 250 bottles of rum sitting on the back bar, and most people know to come in here to get a nice rum, or if they don’t like rum and come in and say what would you suggest, having the ability of all these great staff members to really take someone on a journey and help find something they want — it makes my job so much easier.

That stems from [the fact] that every second week we have trainings. Most of the trainings will be on rum but we still need to know about whisky, we still need to know about gin, so we train on everything. What we’ve been through in the last two and half to three months, we’ve had all the ambassadors come in, talk about their brands. We’re now at the point where because we import so many rums ourselves, we get the staff to handpick a few rums, they have to go research, get in touch with the distillery. That’s their mission to go do that, find out all the information, compile it and present it to us. That helps with presentation skills, in front of peers (which is great for cocktail competitions); it also helps them learn about rum and be able to impart knowledge on their peers.

Everyone in hospitality has something to teach you whether it’s a manager, a barback, a peer that works alongside you — you’re never going to know everything. Every person you meet you’re going to learn something.

There is no secret to hiring. It’s more persistence. The main thing about hiring is it’s about attitude. You could know everything in the world, you could have worked in the best bars in the world, but realistically if you don’t have that attitude to be a team member and a team player, that drive to have a really high standard?

When we hire, the first question is: do you like rum? A large part of your job is going to be revolving around rum and if you really don’t like rum, then this may not be the best job for you. We’ve hired some people who, when they first started, they didn’t know what a Daiquiri was. But their attitude shone through more than anyone else, and that’s the one thing: if you’ve got that attitude to serve the customer, make sure they have a good time, be a team player and dig deep when it’s busy on a Friday, or Tuesday night when the venue’s full and you could use extra staff, if they’ve shown they can dig deep, that means more to me than anything.

When you get those staff, appreciate them, encourage them, tell them they’ve done well.

It’s that desire to strive to have a high standard. That comes from within yourself — have a little respect for what you do. If they can’t have that standard, or that drive to have that within themselves, there’s no point in working here. They’re not for us.