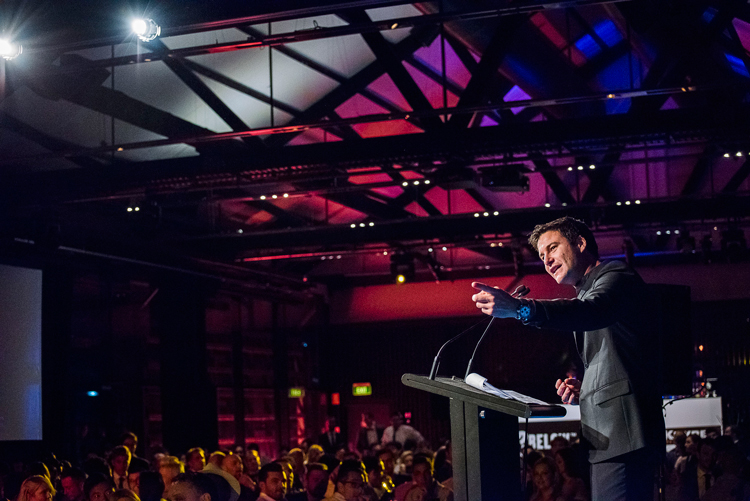 On a cloudy September day, over 500 bar professionals from around Australia headed down to the picturesque Doltone House at Jones Bay Wharf in Pyrmont for a night of clinking glasses, drinking cocktails and of course, giving out gongs to congratulate the fine efforts of the standouts in the industry. A week of bar industry events culminated in this flagship event that has been described as the ‘Oscars’ of the bar industry and which is now in its 15th year. Voted for by the bar industry, the Australian Bartender Magazine Bar Awards are hotly contested and highly prized. 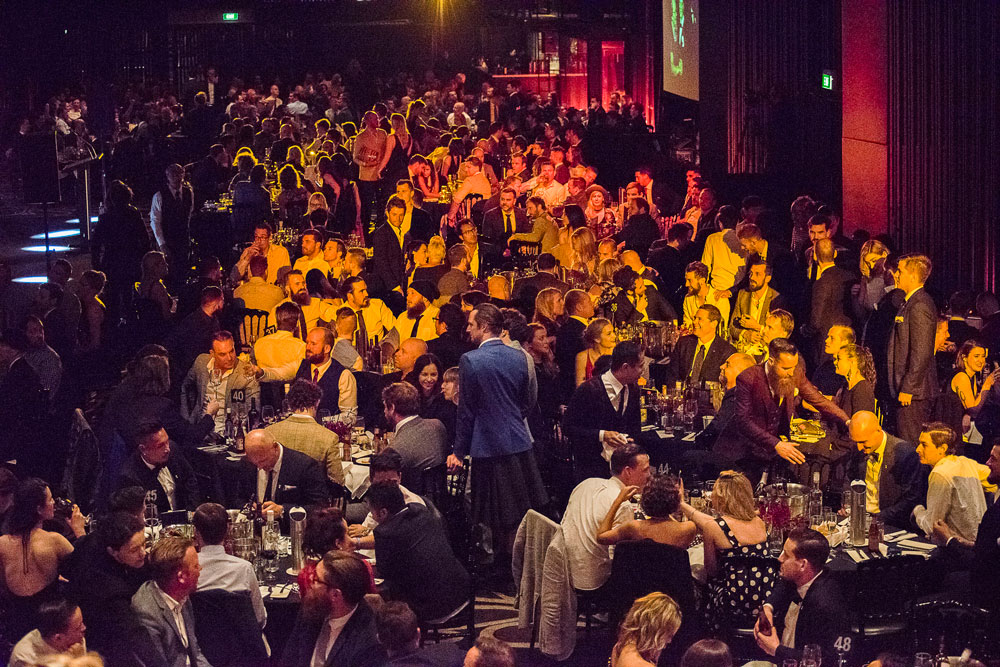 After cocktails in the loft bar, with a soundtrack provided by the Brassholes, a six-piece brass ensemble, things kicked off in the dining room, under the expert guidance of returning MC Clarke Gayford. First up, a series of state awards were presented with venues such as Molly in Canberra and IXL Long Bar in Tassie getting a nod for their achievements. In addition, a very happy crew from Pocket Terrigal was awarded the title of Regional Bar of the Year. They just edged out previous winners, Miss Moneypenny’s from Noosa and Heritage Bar from Townsville.

When it came to the national awards, the crew from Swillhouse Group were recognized as the Bar Operators of the Year for their continued stellar effort with bars such as Frankie’s Pizza by the Slice (which also won Specialty Beer Venue), Baxter Inn and Shady Pines. And not to be forgotten, are the boys from Ramblin’ Rascal Tavern in Sydney – all Swillhouse alum – who took out the prize for Bar Team of the Year. 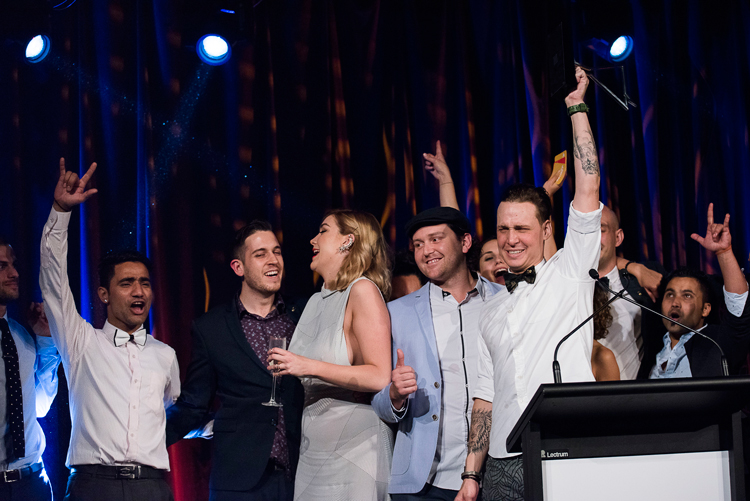 The team from Lobo Plantation is Sydney’s CBD were there in full force and were ecstatic to take home the prize for Cocktail List of the Year. They were joined in the winner’s circle by another Sydney bar, Bulletin Place, who were recognized as the country’s premier cocktail bar for the third year running, while Czech expat, Petr Dvoracek of The Barber Shop took home title of Bar Manager of the Year. These victories, cement Sydney’s place as the current cocktail capital of Australia. 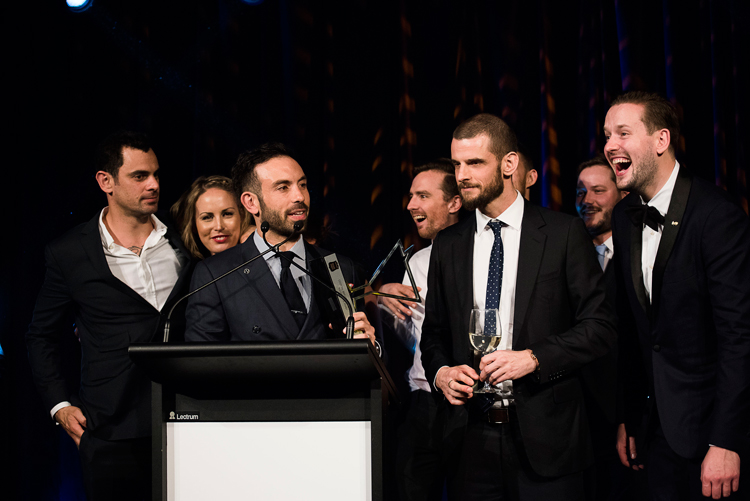 But nipping at their heels is some solid competition from Brisbane, Melbourne and Perth. Perth bar, Mechanics Institute took home the prize for Small Bar of the Year with uproarious applause from the crowd. One of their fellow west coast dwellers, Andy Freeman, was also given the Outstanding Contribution award for his efforts in the Perth bar scene.

The multi-award winning Black Pearl won Best Bartenders Bar and Rookie of the Year (Will Sleeman) taking their new silverware directly south to Melbourne. Boilermaker House, a newcomer to Melbourne, was also triumphant, winning the New Bar category. For a second year running, Melbourne venue The Emerson took home the late night gong, for Nightclub of the Year.

The finals of the Bartender Magazine Bartender of the Year Competition (proudly sponsored by 42BELOW & De Kuyper) were held live on stage between awards. After a grueling day of competition on Monday, 8 of the country’s top young bartenders had just five minutes to prepare their signature cocktail in front of an esteemed panel of judges and 500 industry peers! It was nerve-wracking business. Taking out the top prize was veteran bartender Lee Potter Cavanagh. In addition to the title of ‘Bartender of the Year’ the folks from 42BELOW, De Kuyper & Bartender magazine will also be flying him to New Orleans. In second place was Jenna Hemsworth (Lui Bar) and in 3rd place was Lewis Halls (Black Pearl), both from Melbourne.

Once the awards had wrapped up the partying continued taxi loads of bar personnel heading to Cliff Dive and Henrietta Supper Club for the Bar Awards after party which by all reports was packed to the rafters.

Bartender of the Year
sponsored by 42BELOW & De Kuyper 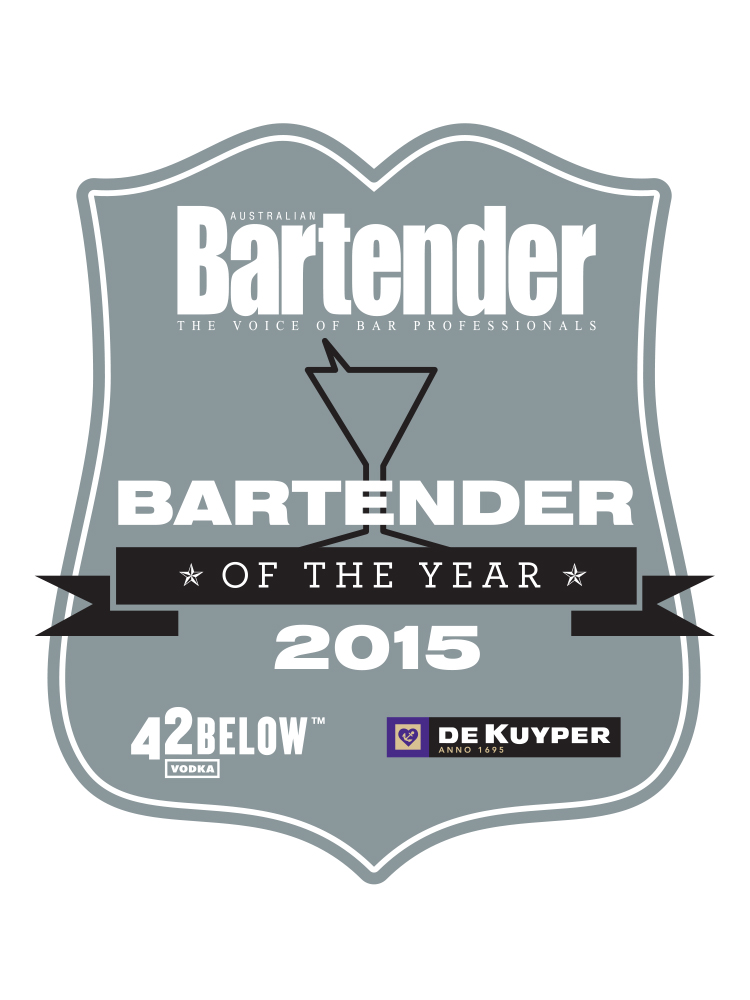 Rookie of the Year
proudly sponsored by Club Suntory

Pub of the Year
proudly sponsored by Yenda 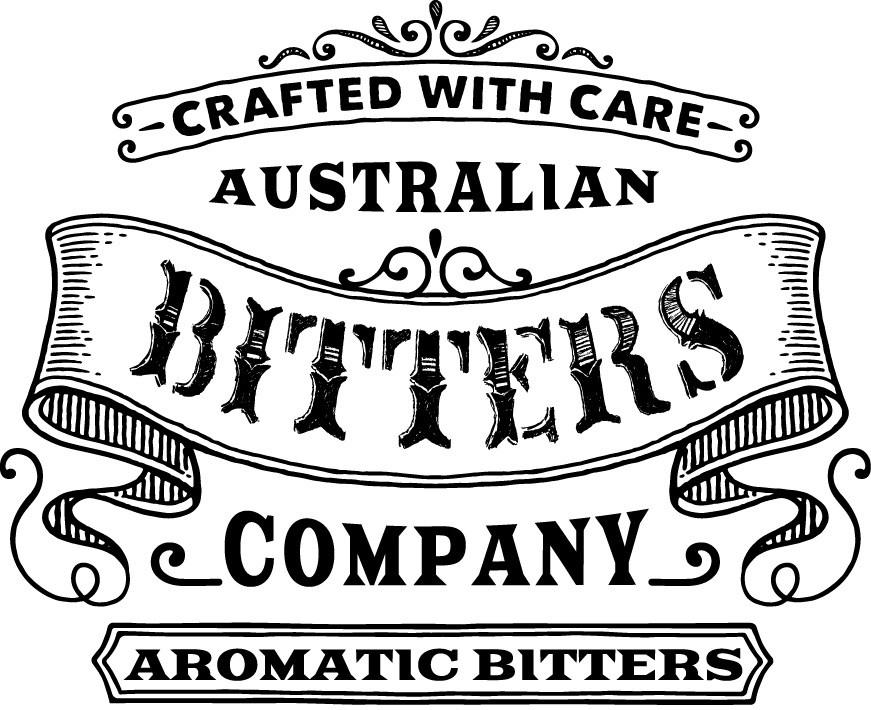 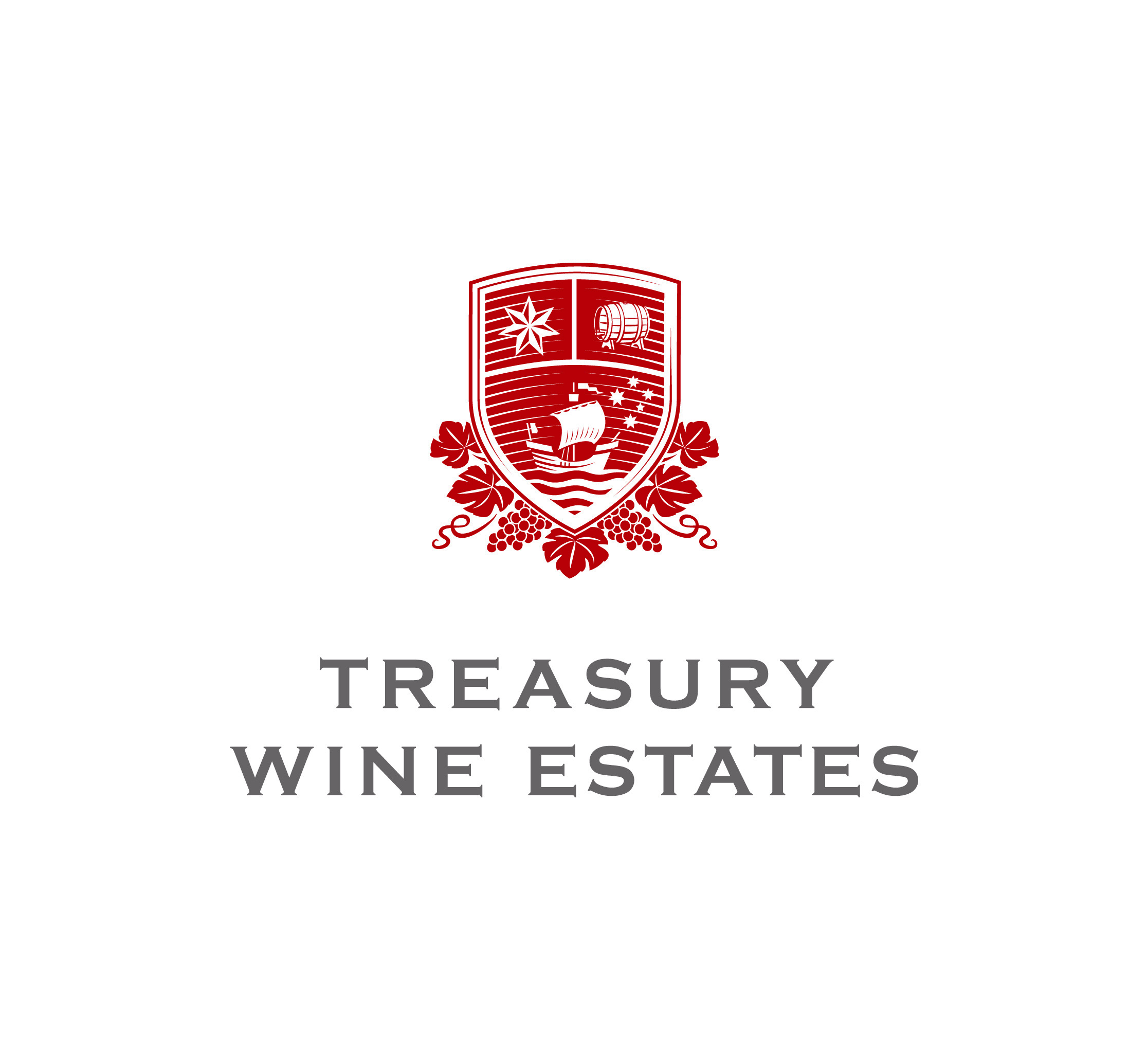 New Bar of the Year
proudly sponsored by Fever Tree

Frankie’s Pizza by the Slice, Sydney

Nightclub of the Year

New Pub of the Year
proudly sponsored by Pernod Ricard

Small Bar of the Year

Bar Manager of the Year
sponsored by 42BELOW & De Kuyper

Bar of the Year

Regional Bar of the Year
proudly sponsored by Club Suntory

Bar Operator of the Year

Pub Operator of the Year
proudly sponsored by The Exchange

Bar Team of the Year

proudly sponsored by The Exchange

Cocktail Bar of the Year
proudly sponsored by Pernod Ricard

Wine Bar of the Year

Training Program of the Year
The Exchange