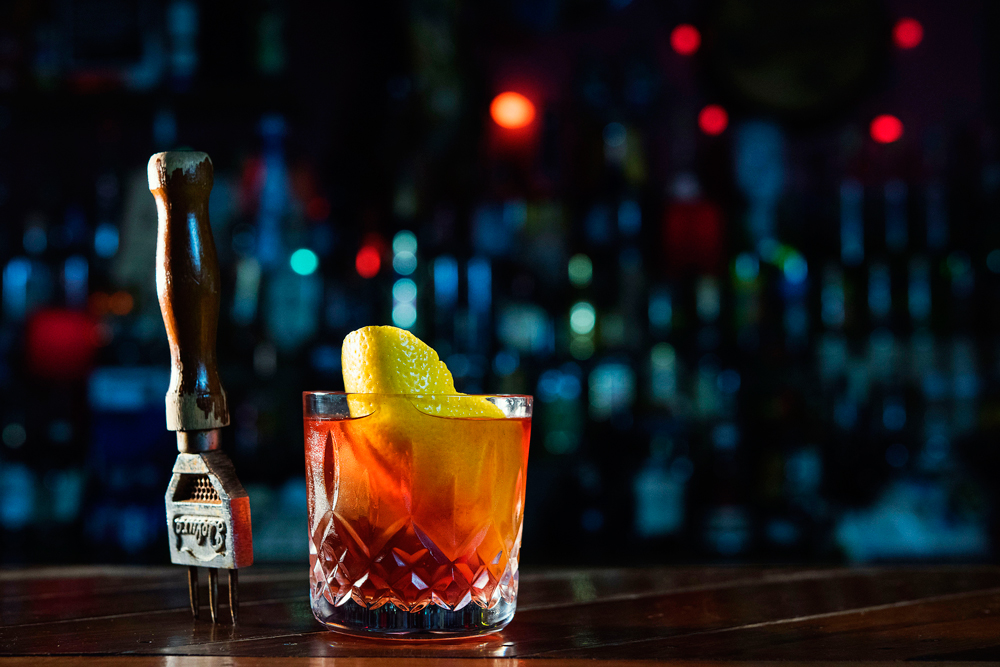 Tequila has a classic cocktail problem: there’s only really half a dozen staple cocktails that employ tequila. Think about it. You’ve got the Margarita and the modern day classic, the Tommy’s Margarita (I can’t even remember the last time I had a straight Margarita — the Tommy’s has achieved that rare feat of the cover version being better than the original); you’ve got the El Diablo courtesy of Trader Vic; the Paloma, though little more than a highball; ditto, too, the most delicious way to drink tequila, the Batanga, courtesy of Don Javier at La Capilla. You could throw in the Toreador, too. That’s out of the UK’s Cafe Royal Cocktail Book from 1937, and it features — well before the time of other books — some 16 tequila oriented recipes. Most of them are rubbish, but around this time no-one in the States really did much in terms of classic drinks with tequila. Maybe the Yanks were too close to it to know how good it is.

It’s a Negroni with tequila — and a twist. Watch Harry from Tio’s Cervecería mix up their take on the Rosita: https://australianbartender.com.au/2015/11/23/hacking-classics-with-agave-heres-tios-rosita-recipe/

So what’s an enterprising young bartender to do if she wants to get a classically styled tequila drink? She’s going to need to hack the classics.

Switching in a quality blanco tequila for gin in the Negroni gives you a Rosita. You might need to tweak it a bit or think about it a bit more, like they’ve done at Tio’s in Surry Hills. Their take on the Rosita presented here sees a good 40ml of Jose Cuervo Tradicional Silver Tequila, and 20ml each of Campari, sweet French vermouth, and their very own, house-made, custom, bespoke — dare we say artisanal? — tequila liqueur, which they call Mucho Aloha Miel.

Stir down all ingredients over ice, garnish with a lemon twist.

There’s some chilli heat in their liqueur, and it sets off the blanco pepperiness nicely. Of course as this is a hacked Negroni, you could leave the in-house liqueur out of the drink and run with equal parts tequila, sweet vermouth, and Campari. Either way, amend the specs at will, because the real winner here is tequila! 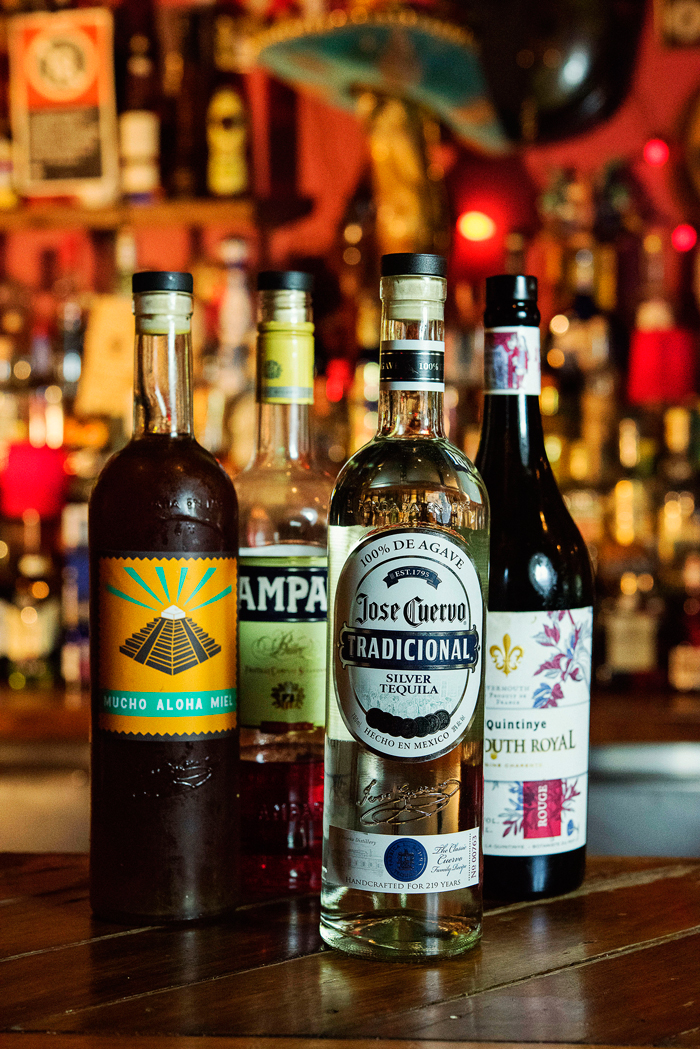