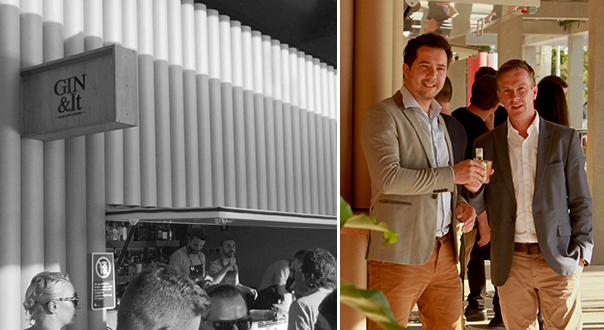 There’s a new gin joint in town from Mike Enright and Petr Dvoracek and it’s called Gin & It.

It’s part of a new pop-up drinking and eating destination on Sydney harbour called Wulugul Pop Up, part of the Barangaroo redevelopment. The bar is in what is pretty much a converted shipping container, but Enright and Dvoracek have made the most of the space to fit in an impressive 180 different gins from throughout the world. Enright tells us he’s got another 50 arriving next week, which must have them in contention for the biggest selection in Australia. 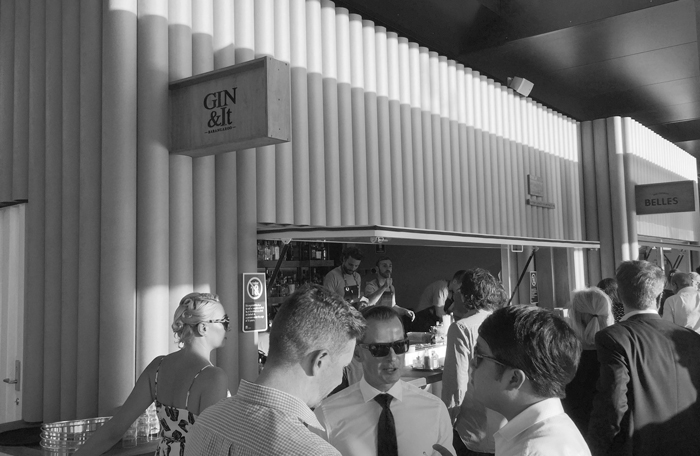 Taking pride of place on the back bar is Gin 1495 — which you can read more about here — one of the rarest gins going based on a recipe from, you guessed it, 1495. 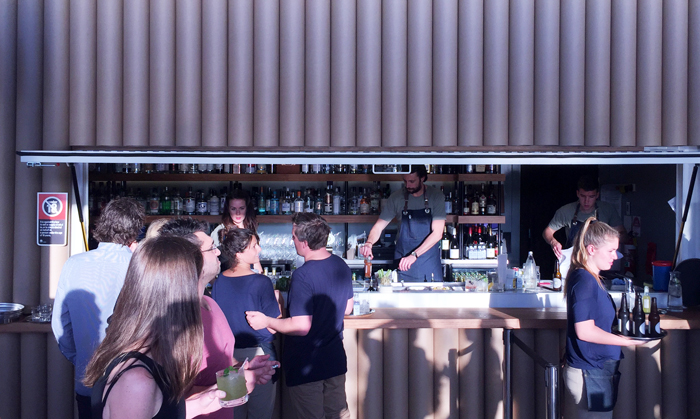 They’re serving up bottled single-serve cocktails because they’re catering to the thirsts of up to 400 people, and of course there’s plenty of Gin & Tonic to go around. You ought to try the Gin & It, the bar’s namesake cocktail and a sweeter style of Martini (it’s plenty delicious, too).

0
Australian Bartender November 25, 2015
No Comments Yet