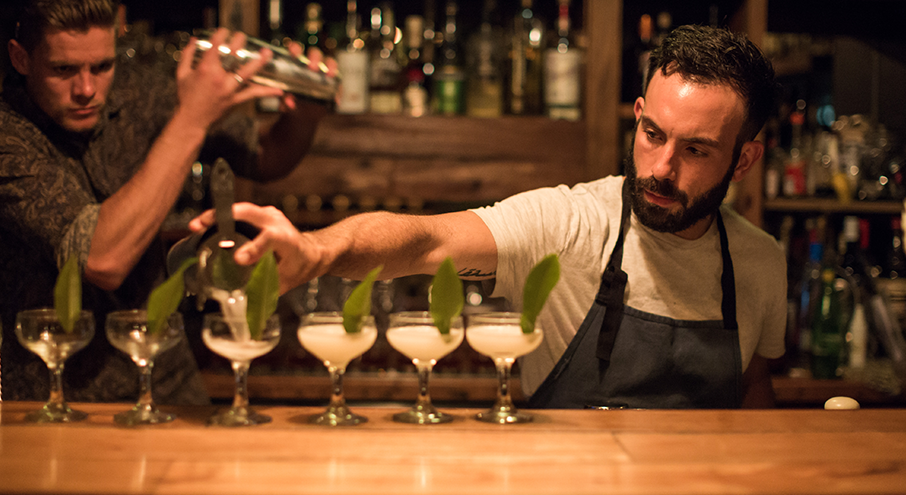 Opinion by Tim Philips
With over a decade of experience on all corners of the globe, Tim Philips is the most awarded bartender to have come out of Australia. He now co-runs and owns Bulletin Place in Sydney’s Circular Quay and Surry Hills’ Dead Ringer.

“The thing with idiots is, they don’t realise they’re idiots”. This quote is true.

Idiocy is not a lack of knowledge, but the attitude of ignorance to what you don’t know, what you don’t understand, what you haven’t felt. Women’s issues are something I can sympathise with, but never empathise with. That doesn’t make my role as a man in relation to them any less important.

Forever, women have bore the brunt of our male dominated industry’s alpha male culture. Like most professional industries, women have had to fight their way to be heard, to be paid the same, to be respected the same, to get the same opportunities. Men cannot empathise with what it’s like to be constantly judged on their looks, and to have to live up to the ‘boys culture’ that our industry is buried in, because they don’t live it. It’s the same in many industries, yet ours, one in its professional infancy, is not one that has the privilege of work place education programs. But respect for all sexes has to be preached by everyone, and importantly, by men. More important than that, it needs to be preched by men of influence.

I’m a feminist. If this statement shocks you, you are an idiot (see argument re: ignorance). Feminism always has been about one basic pillar: the equalisation of the sexes. Equalisation in all things. In wages, in opportunities, in respect. If you are not a feminist, I suggest you un-friend me now.

If you are a woman reading this, like I said, I cannot empathise with women’s issues. I don’t have a clue what it must be like, in a male-curated industry to be trying to climb the professional ladder, when trying to be heard, when there are so many roles advertised to women (and women only) that are about the way you look and not the way you work, that present you with a glass ceiling, that shut you up, and sexualise you. I can only sympathise and share my disgust at its culture.

If you are a man and you are reading this, and you are scared of the word Feminist, don’t be. Women are our friends. I promise they’re not trying to kill us off. They just want us all to be respected the same as your friends with penises. Our words on this issue are important for women to hear, but more important for other men to hear. Workplace sexism is dead. If it’s not dead yet, it should definitely be quivering under our boots, about to be quashed. We are so forward thinking in our local industry. Our bars, our bartenders, and our country’s drink culture is respected the world over. Our attitude towards women in our industry should be the same. Workplace sexism is dead. If you hear it, say something. Don’t stand for it, no more. We are better than this. Don’t be ignorant.