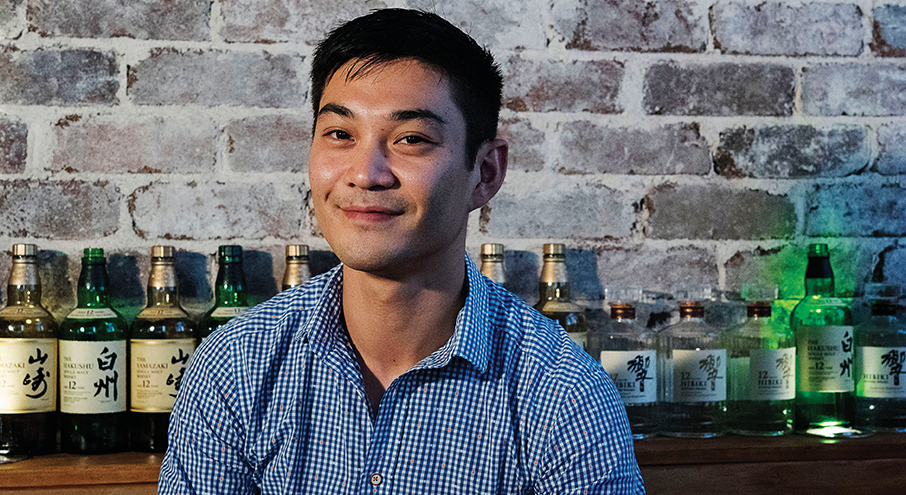 With Japanese whisky being bigger than ever, we thought we’d take the time to stroll down to Tokyo Bird in Sydney’s Surry Hills — a bar with a great selection of Japanese drops — to chat with co-owner Yoshi Onishi.

He’s the guy responsible for Tokyo Bird’s cocktails and drinks selection, so we asked him about how he got into the business, what Tokyo Bird is all about, and why Japanese whisky is so big right now — don’t miss his ice ball carving How To in the February issue, either.

As told to Sam Bygrave
I started in bars in Brisbane — that was 2007 — starting out in pubs. Then I went straight into working in a cocktail bar and restaurant and just completely had to wing it. That was fun, but looking back on it my drinks would have sucked.

Luckily it was a CBD bar so it was a lot of Vodka Lime & Sodas and beers, and then from there I ended up working in restaurants as well as nightclubs — that was fun.

One thing that I really liked about it was speed of service, it’s a good challenge, especially when you’re five deep — it’s a bit more energetic.

When you’re a bit younger you can pull it off.

Eventually I ended up working at a bar called Byblos. That was a good turning point, especially for my cocktail game and my drinks game in general; having that expansive back bar helped develop the knowledge. It’s a great bar.

Tokyo Bird is a year old now. We’re a Japanese whisky bar as well as a yakitori bar — we do grilled meats on sticks, basically. It’s the easiest way to explain it. It’s perfect food for drinking. We try to focus on having a relatively relaxed atmosphere but do some serious whiskies and serious drinks, but without being too pretentious.

It’s a little bit of us. We just wanted to bring a little bit of Japan, and Japanese bars and izakayas and hotel bars and mould them together in one space, but represent it in a way that fits for Sydney.

The Japanese style is meticulous, it’s a lot more about paying extra attention to detail when it comes to drinks; how drinks are presented, why they’re presented that way, and ultimately presentation is one of the most important parts of the drinking experience as well as being able to interact with your customers.

Right now the whisky category is expanding exponentially, and Japanese is the new in vogue product. It’s also the most approachable, compared to Scottish and Irish and what not. With the bigger producers, like Suntory, they produce a whisky that is approachable, and it ticks a lot of boxes for drinkers whether they’re novices or quite experienced.

A yakitori bar is an izakaya — a Japanese pub if you will — really small, about 12 seats max. There’s just one cooking food over a little charcoal grill, cooking proteins like meats or vegetables over Japanese charcoal. It’s amazing.

We utilise the whole chicken, everything from the breast or the thigh, all the way down to the heart and the liver, all the offal — that’s the fun bit. Some people are accepting of it, other people get a bit turned off.

I went to a few places in Japan — there was a lot of really average yakitori, but there was a couple of places that stood out. A lot of it’s to do with the quality of the meat or the produce, and also the quality of the house made tare sauce — it’s kind of like a soy glaze, everyone has their own variation. It’s perfect food for drinking. 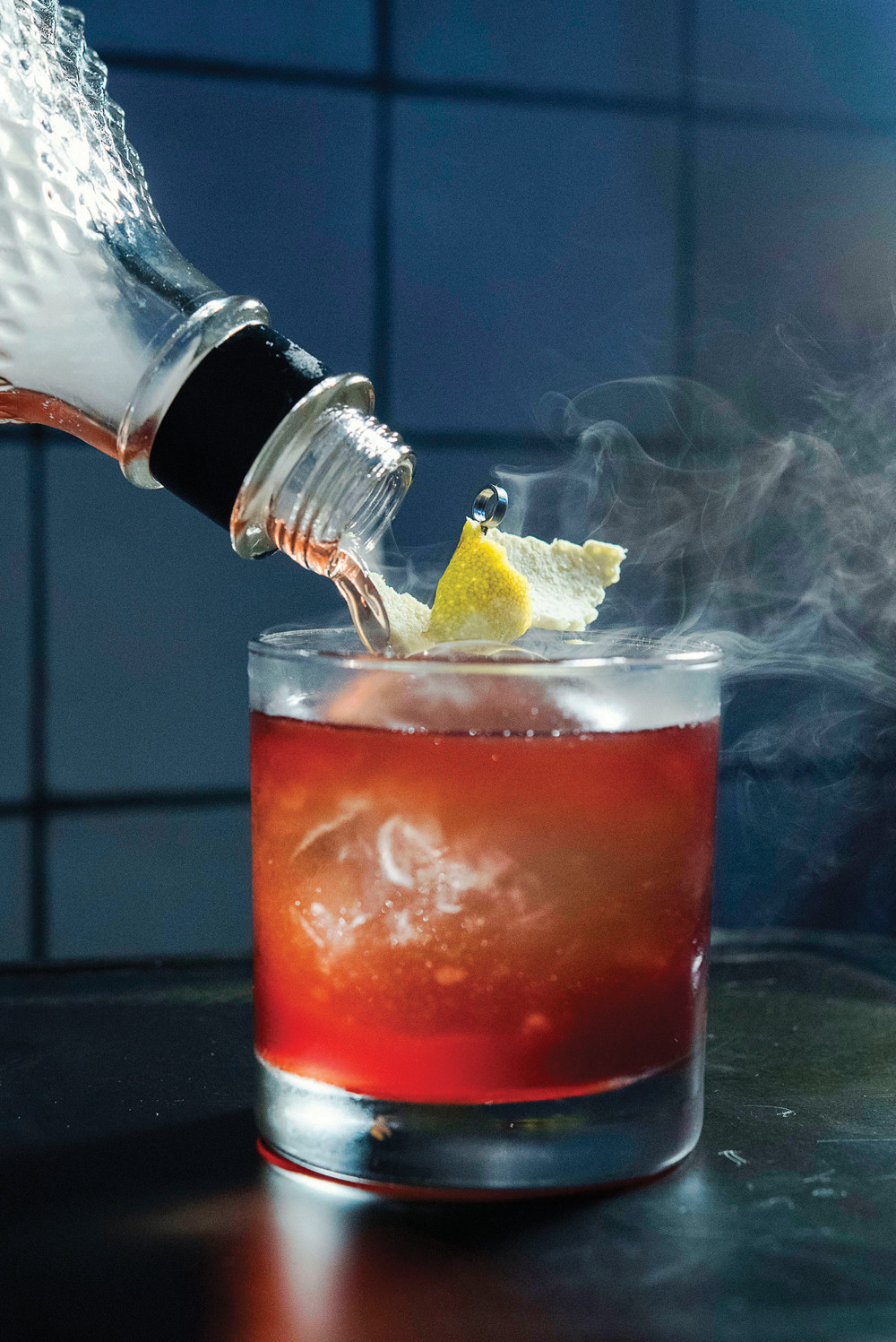 Stir all ingredients over ice, then strain into a decanter filled with cherry wood smoke, before serving over an ice ball.