This month in The Makers, we take a look at a couple of vodka producers — one, a world-renowned spirit that first came to attention in the West as the spirit of the Soviets; the other, far away from Russia, comes out of Perth at the Hippocampus Metropolitan Distillery. One makes 35 million bottles each year of one of the world’s most iconic vodkas, the other is just starting out, with its vodka debuting just over a year ago.

For many years Stolichnaya was the vodka of the Soviets; in 1997, SPI Group, the current owner of the brand, bought the rights to Stolichnaya.

Stolichnaya is distilled in Tambov, Russia, at the Stolichnaya distillery named Talvis. From there, the spirit is filtered and bottled and Latvias Balzam in Riga, Latvia.

Stolichnaya undergoes three distillations. They take a narrow cut of the spirit — discarding the volatile heads and the oily tails, leaving only the purest alcohols from the distillation.

After the spirit has undergone distillation, the vodka is then filtered to remove any impurities.
It is filtered four times, through fine quartz sand and the charcoal of Russian birch wood.

When they’re making elit by Stolichnaya, however, they bring the the spirit down to sub-zero temperatures to aid in the removal of impurities.

The next and final step in the process is when the spirit is blended with water.

It is blended with pure, natural spring water from the Balzams’ artesian well. This process ensures the subtle taste and character of fine Russian wheat remains.

The distillery also makes a number of vodkas for the Russian domestic market, and produces over 35 million bottles of Stolichnaya every year. 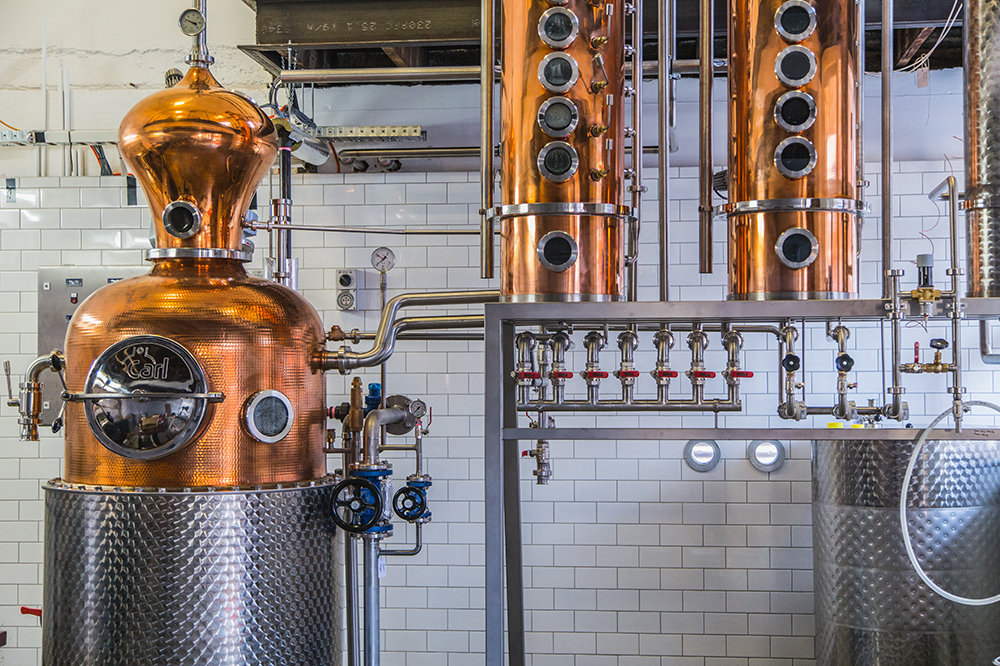 In January of 2015, from a little distillery in one of the world’s most remote capital cities, there arrived a new vodka: Hippocampus Vodka.

The guys behind Hippocampus have backgrounds in craft brewing, and they’ve brought that experience to their approach to making vodka. Sounds strange? Not quite.

The vodka starts with the base material: they use soft wheat from biodynamic wheat farmers, and, using that brewing background, they create the fermentable wash.

Other craft spirit producers will buy in high-proof neutral spirit, then redistill that to create their vodka — not Hippocampus. By sourcing the wheat and fermenting the wash themselves, they’ve got greater control over the end product.

“Given our brewing background, we couldn’t resist making our own wash from scratch which meant we ended up establishing a small brewery to ferment our wash, which is the distilled twice before bottling,” said Hippocampus’ Jason Markwhat.

“We set out to make a vodka which was rich and smooth and which allowed the natural subtle flavour of the wheat to come through.

“It took us eight months of trial and error to get the product to a level we were happy with,” he said.

“Because of the cleanliness and neutrality of vodka, we quickly discovered that any impurity or defect would carry through to the end product. Our failures actually made us better distillers because we were forced to really look hard into what we were doing and understand the effect of slight changes in our fermenting and distilling regimes. In hindsight, the decision to make a vodka first was a bit sadistic.”

Sadistic, maybe, but when you’ve invested in a beautiful Carl still (a favourite still for craft spirit producers the world over), even given it a name (their’s is called Kylie), you want to control every aspect of the operation.

The German-made still is a 450 litre steam-driven pot still, and is reconfigurable should they want to play around with the style of spirit they’re making — with that in mind, they’ve just released a gin.

0
Australian Bartender March 3, 2016
No Comments Yet