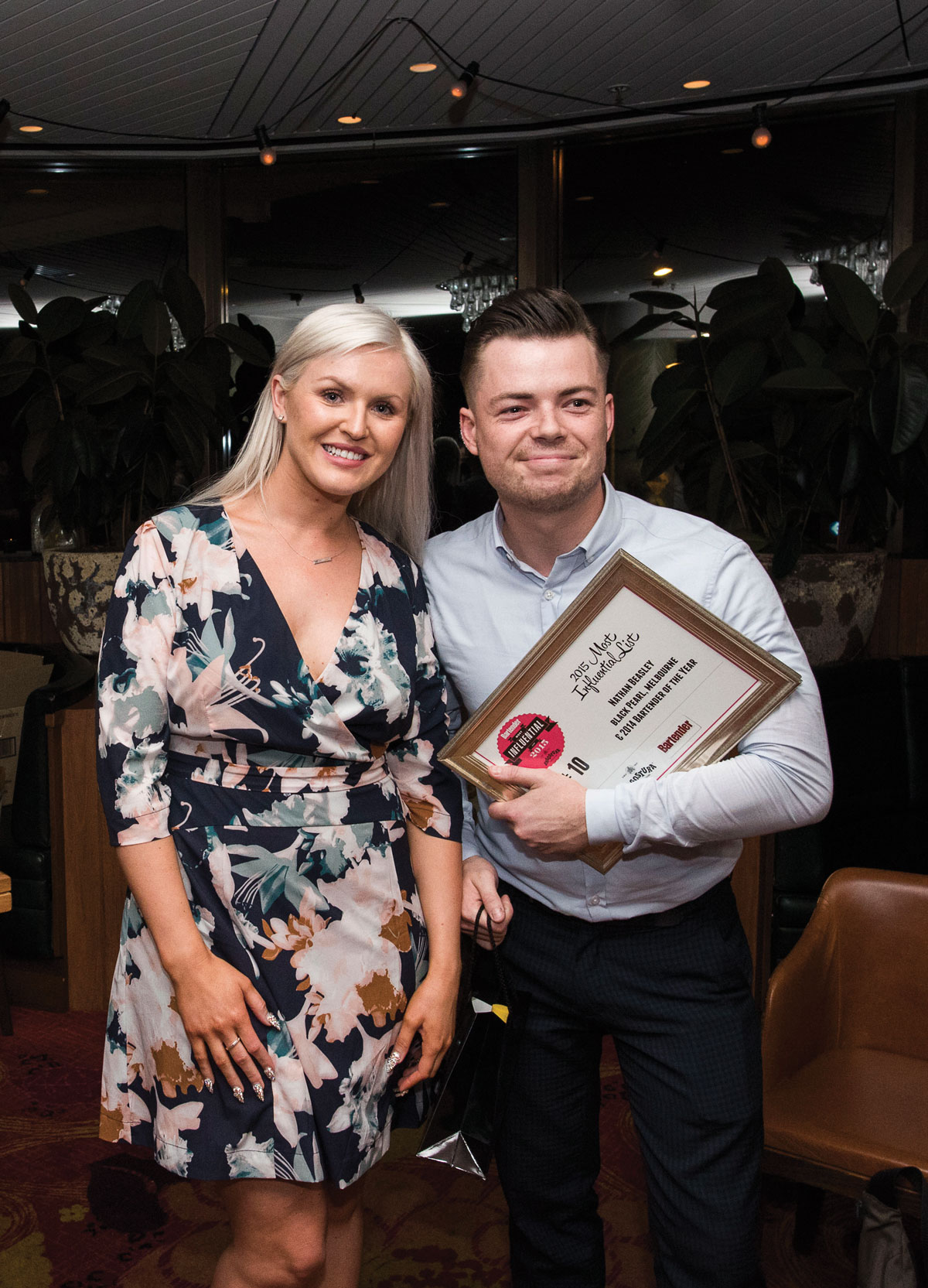 Ask around about Nathan Beasley, and you’ll quickly learn that the Black Pearl bartender — and 2014’s Bartender of the Year winner — is a man much respected in the industry.

He’s won a number of competitions, but it’s the service you’ll receive from him at Black Pearl that helps continue that great bar’s legacy — and spreads the word throughout the industry, both at home in Melbourne, across the country, and internationally. And it’s why he’s made it in at #10 on the Most Influential List sponsored by Angostura Aromatic Bitters.

What are you working on at the moment?
I’ve become very interested in produce that is indigenous to Australia, and how to incorporate them into the drinks we serve at Black Pearl. Eucalyptus has had my attention especially.

Which concepts/trends do you think we’ll see in 2016? What do you want to see take off in 2016?
I think — I hope — to see a lot more fortified wines continue to blossom on wine menus as well as in mixed drinks. The aesthetics of cocktails is also something that I think will continue to evolve, thanks to bars such as Nightjar in London influencing a lot of bartenders.

If you were face to face with your 21 year old self, what advice would you give them?
Stop procrastinating.