Products, Travel
March 21, 2016
by Australian Bartender
0
This month in The Makers, we’re going far, far north to Scotland, to take a look at three Scotch whisky distilleries.
Here, we take a look at Glenfiddich, which makes the iconic range of whiskies under the same name; stop in at Pulteney Distillery, where Old Pulteney is made (along with Stroma Malt Liqueur); and finish up with Craigellachie, one of the distilleries in the Last Great Malts of Scotland offering from John Dewars & Sons. 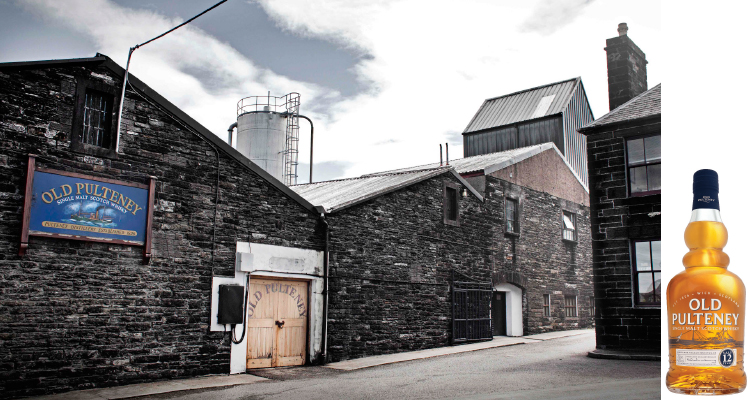 The Pulteney Distillery is the one of the most northerly located distilleries in mainland Scotland.

The distillery itself was built in 1826, at lies in the heart of the town of Wick.

Located in the north east of Scotland, the town of Wick is a maritime town (once known as the Herring capital of Europe), and that’s how Old Pulteney has become known as the maritime malt.

Overseeing operations at the distillery is distillery manager Malcolm Waring, and they must be doing a good job up there— Old Pulteney has picked up a number of awards over the years.

Their 21 Year Old was named World Whisky of the Year in 2011, and their 17 Year Old took out a gold medal in 2014 at the International Wine and Spirits Competition.

Here’s an interesting fact about the distillery. In 1922 — when a number of other Scotch whisky distilleries were profiting from the illicit demand for whisky in the USA — the town of Wick voted to shut down alcohol sales. Though the distillery kept operating for a time, the fall in demand saw the closure of the distillery.

It was only in 1951 that the distillery reopened. These days they make much out of their maritime influence, sponsoring racing yachts and working with sailing associations. 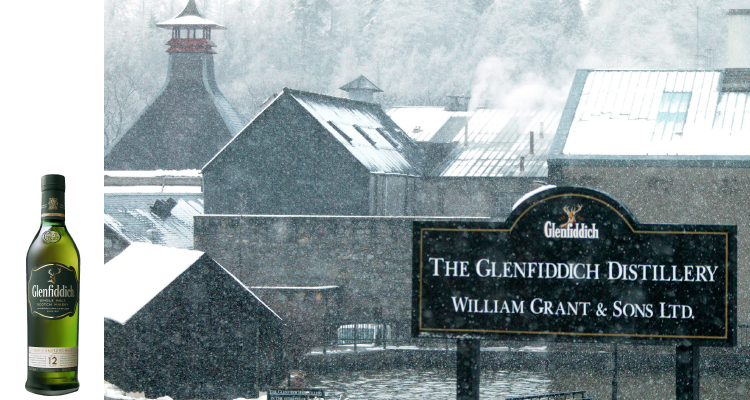 There’s probably no single malt whisky quite as well-known as Glenfiddich.

They’re often credited with kickstarting the single malt market, having essentially created the category with the first 1963 release of Glenfiddich as an official bottling.

We wanted to know a little more about the distillery, and the things about the Glenfiddich distillery that makes the whisky unique. We shot some questions to Brian Kinsman, the master blender for William Grant & Sons.

Can you tell us a bit about the stills you use to make your whisky?
The shape and size of the stills are crucial to ensure the spirit character from the distillery does not change. William Grant first produced spirit on stills he purchased back in 1887 and we have kept the same shape and size ever since. When we need to expand the distillery we simply install more stills and we would never consider making them bigger or a different shape.

What is it about the distillery that makes the whisky unique?
There are many things:
– A single source of water is used throughout the process including the water we add to the whisky to bring it down to bottling strength – The Robbie Dhu Spring.
– We employ our own coppersmith to maintain the stills and have a team of coopers on site managing the quality of our casks.
– Everything is matured at the distillery.

In summary, we are passionate about controlling every step of the process and managing it all in-house rather than contracting out to third parties.

Do you accept visitors to the distillery, and if so, when’s the best time to visit?
Yes, we are open all year round. A visit to a distillery is great anytime but the Scottish weather is most likely to be kind in early and late summer (May and September). 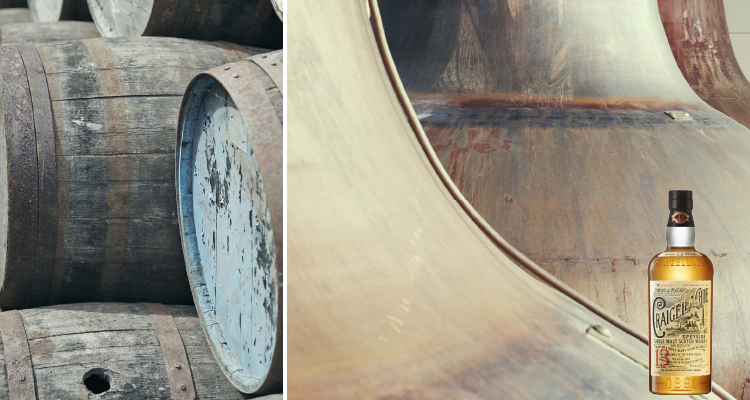 Craigellachie is one distillery that is part of the recent Last Great Malts of Scotland release from John Dewars & Sons. To find out more about the distillery itself, we’ve spoken to ambassador Andy Wren, who visitesd the distillery last year.

Can you tell us a bit about the stills you use to make your whisky?
The stills used to make all of the John Dewar and Sons single malts are “onion shaped”. They are relatively short in the neck which achieve a weighty result with full flavour. The most unique component of our stills are the worm tubs used to condense the whisky vapours into new make spirit. Very few distilleries use worm tubs these days, traditionally it was a very popular process. There are a number of reasons why distillers have moved away from this technology and towards shell in tube condensers. The worm tubs we use have no copper in the lining so whatever vapour comes over the lyne arm becomes whisky. The shell and tube condensers remove compounds like sulphur due to the copper conversation between vapour and tube linings. The modern style of whisky driven by the contemporary international palate finds sulphur an undesirable flavour component. We at Craigellachie beg to differ. The nature of our whisky is tremendously textural and muscular. It is a bold, full flavoured dram and our style of whisky which would have been considered old fashioned in 1891 when the distillery was established is now a unique style whisky treasure hunters love to discover.

What is it about the distillery that makes the whisky unique?
Craigellachie is the only distillery to use malted barley from a specific kiln in Glenesk. Using an oil fire which produces a specific level of sulphur gives the spirit a heavier character that whisky enthusiasts have come to expect from us.

Again, according to Dave Broom in his authoritative book on the subject: “Craigellachie, like most distilleries, had spent its life providing fillings for blends. This isn’t unusual. After all, 90% of the Scotch whisky sold globally is blended. Malt distilleries, by and large, exist to provide liquid for those blends.”

“This doesn’t mean however that the whiskies they produce are inferior to those who have gained fame as single malt brands. In fact, you could argue that the whiskies which blenders revere because of their character are the ones which are the least well known. They have been ring-fenced, guarded, protected. They are rare in terms of their character.”

“Craigellachie is one of those. As other distilleries foundered, as styles changed, it remained true to itself, a flag bearer for a different style, one which had been set by (creators) Mackie and Edward. Eventually it was to become the only distillery in Scotland making it.”

Do you accept visitors to the distillery, and if so, when’s the best time to visit?
The Dewar’s world of whisky, situated at the Aberfeldy distillery, is our distillery with a visitor centre open to the public. Appointments can be made to visit the other distilleries, especially for international travelling trade. I was there last year on personal trip. The distillery is in a picturesque location in the geographical heart of Scotland. Within the Dewar’s World of Whisky you can see the royal warrant issued in 1893, amazing vintage advertisements, distillery-only cask strength bottlings. If you are lucky you can mallet open a cask and enjoy some old whisky straight from the barrel. A fantastic experience.