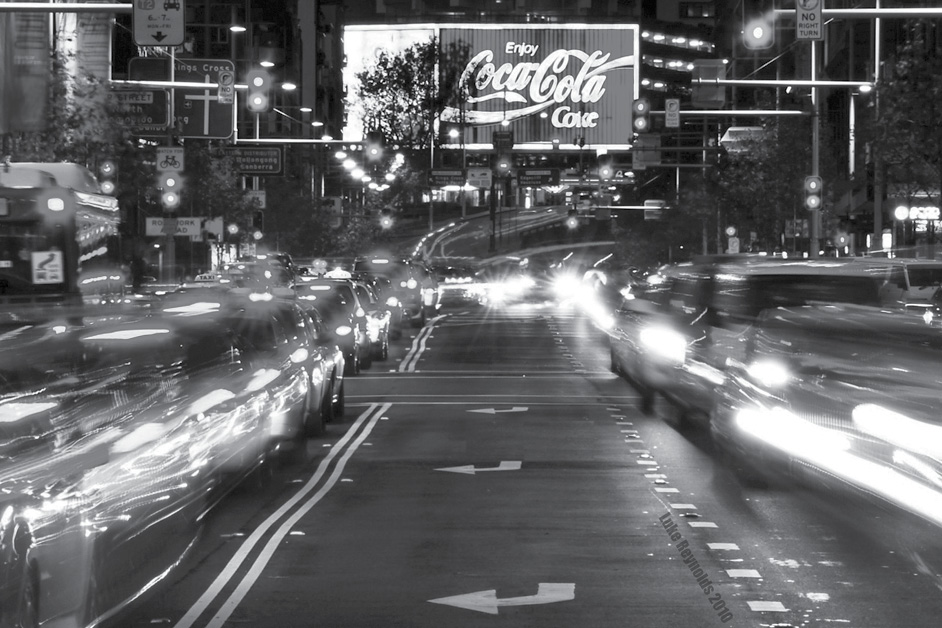 By Sven Almenning
Sven is the owner of the Speakeasy Group, and operates Eau de Vie in Darlinghurst and The Roosevelt in Potts Point, both of which are under the lockout laws. This is a lightly edited version of a piece that first appeared on Sven’s Facebook page.

I hate to be the bearer of bad news, and to be honest I also hope I am very wrong about this, but I have no faith in the lock out laws being revoked. At least not when the next review is due.

If indeed they are, I promise to throw a massive night of free drinks for all at both my Sydney venues… It would definitely be worth the celebration! But alas, I strongly believe I am right, and this is why:

The lock out laws were never about “doing the right thing”. They were never about “reducing alcohol fuelled violence”, nor were they about lining the casinos pockets. The latter was just a really handy bonus, that no doubt was negotiated along the way.

After the two deaths, the media went crazy. All of a sudden there was an epidemic of violent drunks raging in the streets. Except, if you worked and lived in Kings Cross you would have had no idea. In fact to those of us who worked in the area it honestly felt like the trend was that there was less trouble and less violence compared to say the ‘Cross I first witnessed in 1996 and when I moved here permanently in 1999.

At the time when the first “Coward Punch” happened I, in addition to running my three bars, also ran an agency specialising in consulting to the alcohol industries, and all the numbers I saw described a downward trajectory of alcohol consumption. There was a definitive trend towards drinking less.

“People are drinking less, but better” was the common phrase that was thrown around. According to the data I was privy to, we are consuming less booze, and being more discerning about our choice of drinks when we do indulge. This change in attitude towards drinking was in many ways the primary sentiment and drive for the small bar culture: Intimate bars where you can enjoy a few quiet drinks with friends, new or old.

With the media stirring up a frenzy, and with various religious groups and of course local hospital and police adding fuel to the fire, our elected representatives felt the need to be seen to be doing something. And though I have no confessions or quotes to back this previous statement up, I believe the measures that were taken are evidence enough.

Introducing laws that stop bars from allowing new guests after 1:30am, that cease the sale of alcohol at 3am or that don’t allow shots or even neat whisky or cognac after midnight, and that force bars to use plastic glassware after midnight, if applied retrospectively would not have changed the fate of Thomas Kelly or Daniel Christie, both of whom passed away hours before any of these laws would have had any effect. Ask yourself, say we introduced new speeding laws where you’d lose your license if you were speeding between the hours of 1am and 6am… would these have a beneficial effect in reducing car accidents caused by speeding during the day?

The fact that the laws would have had zero impact on the lives of Daniel Christie and Thomas Kelly is of course irrelevant. The thing is with politicians, as long as they can claim what they are doing has purpose, and as long as they can manipulate the facts and stats to make it seem like they are achieving something, that’s all they need. Cynical I know – but there is a reason why we use the words ‘politics’ mostly as a negatively loaded word used to describe backstabbing, dishonesty and people jostling for position…

Although I believe the motivation for these laws had nothing to do with trying to solve a problem, but rather to be seen to be doing something about an issue that had been created by the media, we’ll never really know why the laws were introduced in the form they were, unless of course, Barry ’59 Grange’ O’Farrel steps in and confesses under a lie detector. However, we know the following:

*They did not consult the industry at all

* They believe that alcohol fuelled violence is bound by very strict geographical boundaries (randomly drawn of course). Why else only introduce the laws to a small area – and say exclude the casino? Does the location where you drink make you violent?

Fast forward a few years and we’ve witnessed Sydney’s nightlife take a massive dive. Gone are the nightlcubs and gone are the music venues. Barely a month goes by without the announcement of another bar or licensed premise closing down. The once vibrant Kings Cross, the home of artists, bohemians, the creative and the clectic, is all but dead. My venues are luckily still busy, but not nearly as busy as they once were. I feel for the many others who have lost their businesses, and as a result, their homes, their parents’ homes and I am sure in some cases even their families as the stress and pressure have led to divorce and alienation from their friends and families.

And then to read Mike Baird’s claim that Sydney is more vibrant than ever? WTF dude? Get in touch with reality man.

I thank Matt Barrie for finally pushing the media to putting the lock-out laws and the damage they have been doing to our once vibrant city into the spotlight. But I must admit I also feel a bit ashamed and sad that we as an industry were not able to stand up together and have our voices heard. However fact is, most of us are too scared to raise our voice against the city of Sydney and OLGR in fear of being pursued and unjustly fined. (Yes, I can barely believe that in 2015 Sydney business operators like myself are scared of voicing our opinions, using our freedom of speech, in fear of unjust retaliation and witch hunting by police and politicians, but alas that is the unfortunate case). Instead it was a tech entrepreneur who was sick and tired of watching his city lose its soul and vibrancy thanks to a knee jerk reaction from politicians who are more concerned about collecting votes from a small percentage of swing voters than they are in governing for the majority and in the best interest of the people of NSW.

Based on the current sentiment in Sydney and the huge support amongst commentators for cancelling the lock out laws I would feel very comfortable betting my money on the majority of Sydney’s voters being in favour of scrapping the out out laws. Which in truth is all we should need in our current form of democracy. Our local politicians are voted in to represent us, not to lord over us; and most certainly not to push their personal agendas and views over those of their electorate.

So, although there is enough evidence to support the premier revoking the current lock-out laws I simply don’t believe it will happen. It’s easy to bang your chest and claim you are doing something in the public’s best interest. It’s a very different story to admit that you were wrong, that your party was wrong, and that the former premier was wrong and to remove a policy your party has introduced, and that you have publicly backed and supported… And though I know this is hard, we ask it of our kids, we ask it of our friends and we ask it out ourselves every day. Admitting you were wrong, or that you acted prematurely and owning up to it, is something we expect all grown ups to be able to do. Except our politicians of course. They only run the country and stuff.

I could go on, but my whisky bottle is nearing half empty – which must mean it’s bed time and so I’ve got to sign off.