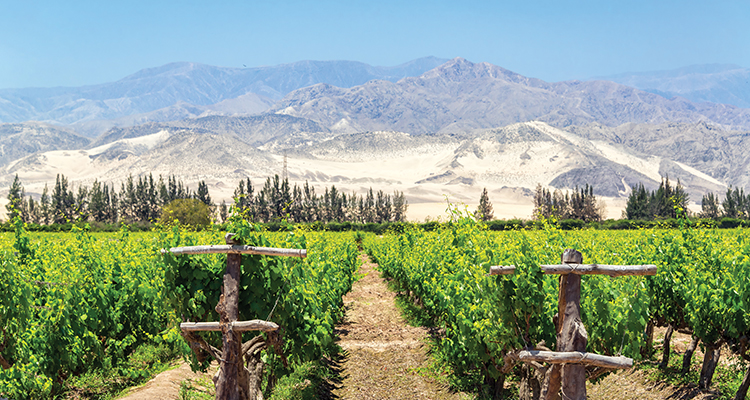 Grape spirits are, for the most part, the unsung heroes of the cocktailing world. Rye and gin and rum seem to get all the attention.

Perhaps it’s because cognac, the most famous of all the grape spirits, has had such stratospheric prices for so long that the finest grape stuff is too often out of reach; perhaps it’s the association of brandy with members of much older generations. Either way, these great spirits are set for a comeback — indeed, pisco has been gaining ground for a while now. And with bars like Sydney’s Ramblin’ Rascal Tavern getting into the spirit (cognac is their house shot), greater days for grape spirits are ahead.

Brandy has the Dutch to thank for its popularity. It was the Dutch who, being a seafaring powerhouse, first found the wines of the town of Cognac, on the Charente river, to be suitable for distillation. The wines were, owing to the regions climate, high in acid and not particularly pleasant as table wines — but it was these qualities that lent themselves to making great spirit.

Distilling the wines meant that, per alcohol volume, more stock could be transported on ships. And it’s from this that the name brandy is derived — brandwijn meaning burned wine in Dutch.

Today brandy is the catchall term that applies to wine that has been distilled, and is produced all over the world.

Named for the French region of Cognac, it has denomination of origin status, and is divided into six crus: Grande Champagne, Petite Champagne, Borderies, Fins Bois, Bons Bois, and Bois Ordinaires. Made mostly from colombard, ugni blanc (otherwise known as trebbiano), and folle blanche grapes picked by October. A high-acid low alcohol wine is made, and double distilled in copper pot stills called the Charentais still.  Must be aged in French oak barrels for a minumum of two years (and often longer). It is then labelled as either VS (youngest spirit in the blend is 2 years), VSOP (youngest spirit is four years) or XO (youngest spirit is 6 years).

Armagnac, is named for the French appellation in which it is made. There are three sub regions of Armagnac: Bas Armagnac, Tenareze, and Haut-Armagnac, with Bas Armagnac making the majority of production, as well as a spirit that is refined and elegant.

10 grape varieties are permitted in Armagnac production, but the most common used are ugni blanc and Baco 22A (Baco produces a more fully flavoured spirit). Most armagnac undergoes a single distillation in a column still, to an ABV between 52 per cent and 72 per cent. Three star or VS armagnac is aged for between one and three years; VSOP between four and nine years; Hors d’Age or XO for between 10 and 19 years, and XO premium is aged for 20 years plus. Vintage armagnacs must contain spirit from the year that is labelled and is quite common in armagnac.

When it comes to fermenting wines for spirit production, the process for pisco is pretty unique. Whereas most major spirits categories will use a proprietary yeast strain — one they have cultivated over the years and produces predictable results — the rules for pisco production state that it must use wild yeast to kickstart fermentation.

It can be a risky way to do get it done, but using naturally occurring wild yeasts, resident on the grapes themselves, helps impart funkier flavours in the resulting pisco.

If you see the term ‘puro’ on the label, that means that the pisco is made from a single grape variety. If, on the other hand, you see the term ‘acholodao’ on the label, this means the pisco is made up of a blend of grapes, incorporating aromatic and non-aromatic varieties. Lastly, mosto verde (green must) are the product of one variety and in which a partial fermentation has taken place.

Distillation is to bottle strength — this means that there is no diluting of the spirit, and results in a fuller flavour.

It must be bottled to between 38% ABV and 48%. The pisco is then rested for a minimum of three months (though in practice this is closer to a year), and it must be rested in non-reactive containers. The ceramic pots pictured here is how this happened in the past, but it can also take place in stainless steel or plastic.

Chilean pisco is made completely differently to Peruvian pisco, from the grapes used, to the distillation process, and, obviously, the geographic regions production is allowed.

Yes, the Chileans and Peruvians still fight over who makes the best pisco — the only fact of the matter is pisco production began under the Spanish hundreds of years ago and before Chile and Peru came into being.

Chilean pisco differs from Peruvian pisco in the grapes permitted for production: there is some 13 grape varietals permitted, many of which are differing clones of moscatel, as well as torontel, and pedro ximenez.

Chilean pisco can be distilled as many times as the producer deems fit, which raises the alcohol level of the spirit and unlike Peruvian pisco production, Chilean producers can dilute higher proof spirit to bottling strength.

Here come the pomace brandies! These are some of the most challenging grape spirits in the world, owing to their often fiery and funky nature. It makes plenty os sense that these spirits exist, as they are the boozy byproduct of the winemaking process.

Once the winemaker has crushed the grapes and extracted the juice, what is left is called pomace — it’s comprised of seeds, skins, stems and whatever leftover grape juice happens to be there.