Recipes, Venues
May 23, 2016
by Australian Bartender
1
If you’re a new bartender in this industry, say, perhaps you joined the ranks over the last summer, you could be under the impression that classically structured cocktails have always been with us.

Today you can get as good a cocktail in Townsville as you’ll find in Melbourne, but that wasn’t always the case. For a good while there cocktails where a means of disguising the flavour of liquor in order to expedite the process of inebriation.

Good taste really had nothing to do with it.

But there were outbreaks of hope.

London went through the change first, inspired by the growing interest in food and restaurants in the 1990s. But it was in New York where the speakeasy was reborn, and forgotten cocktails from books of another era unearthed.

There were highlights here in Australia as well — but for now we’re looking Stateside, at some of the key bars and bartenders who brought the craft of bartending back into the light. 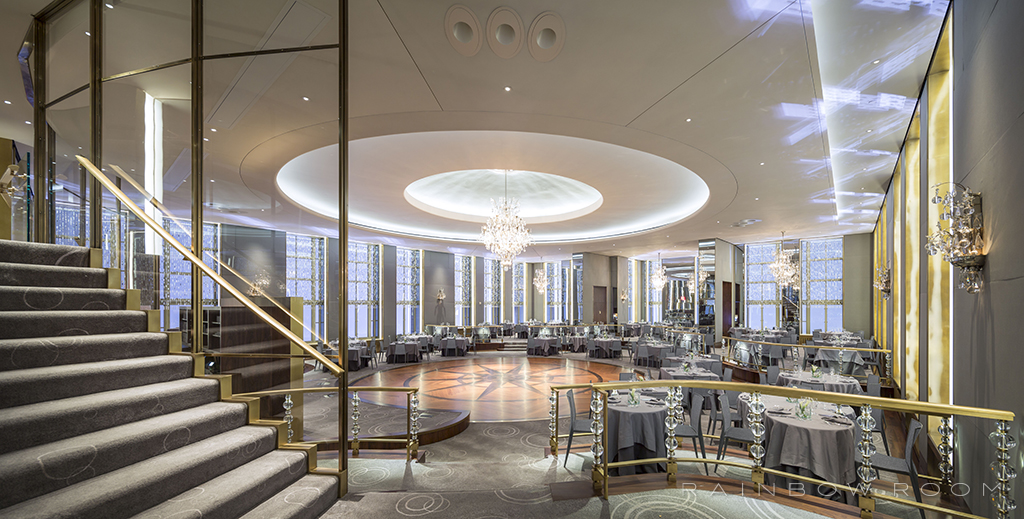 The Rainbow Room is a storied New York institution. Prohibitively expensive, sure. It occupies the 65th floor of 30 Rockefeller Plaza, so it’s iconic, too. But for our purposes, it’s more important for the man who worked the bar there in the late 1980’s and 1990’s: one Dale DeGroff. Known as King Cocktail, and the godfather of the craft cocktailing renaissance and the reemergence of bartending as a profession and a career, he brought fresh juice back to bars and unearthed classics from the cocktail books of old, serving as a mentor to many bartenders who would go on to cement the bar revival in New York. Julie Reiner, Sasha Petraske, Audrey Saunders and more have all cited his great influence on the New York cocktail scene.

Adapted from a recipe by Dale DeGroff.

Opened: 2000
There’s one bar whose opening in 2000 was the harbinger of the classic cocktail revival. The late Sasha Petraske opened a bar in a small, narrow room in New York’s Chinatown, and it became the little bar that inspired thousands.

Milk & Honey was famous for its strict etiquette rules which asked ladies and gents to behave as such, for its lack of a cocktail menu, and its pursuit of perfection. 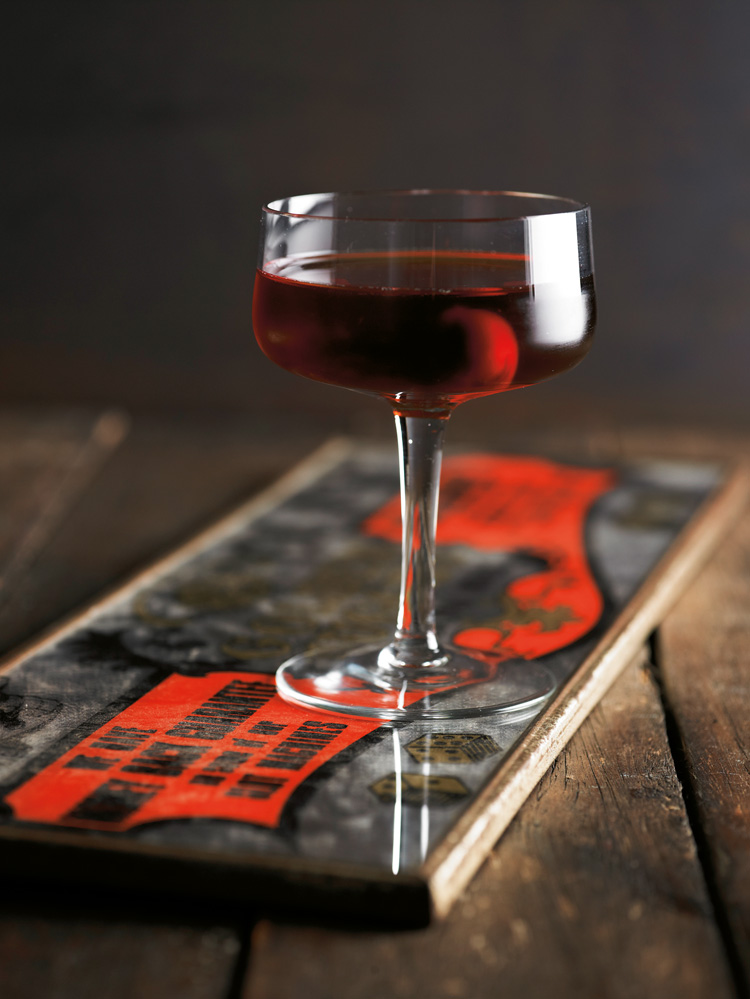 Stir down in a mixing glass and strain into a chilled cocktail glass.

Adapted from a recipe by Enzo Errico, Milk & Honey, NYC 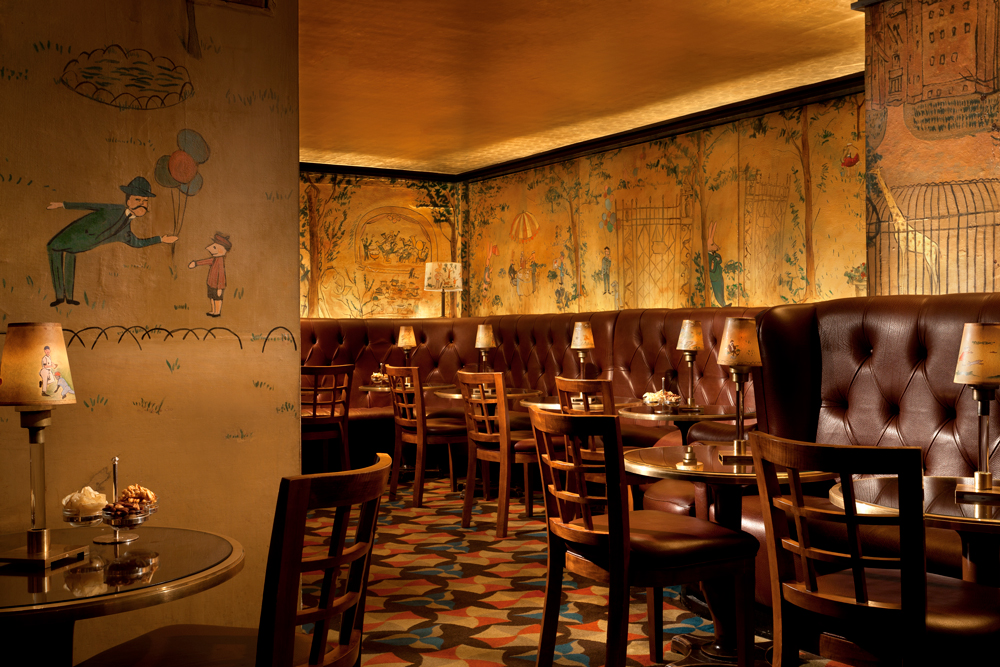 Relaunched: 2001
Audrey Saunders was one of the bartenders who caught the attention of Dale DeGroff and count him as a mentor. And it was DeGroff who suggested to the powers that be at the Carlyle Hotel that they should take her on to relaunch the drink programme of the storied Bemelmans Bar.

Named for the Ludwig Bemelman, whose murals line the walls of the bar and whom you may recognise from his children’s book, Madeleine, Bemelmans became the talk of New York with Saunders’ involvement.

Shake all ingredients for approx 15 seconds. Strain into a chilled cocktail glass and garnish with the lemon twist.

Adapted from a recipe by Audrey Saunders, Bemelmans Bar, c. 2003

Opened: 2003
Julie Reiner is a big name not just in the New York bar scene, but internationally, having judged a number of global comps and trained a healthy cadre of top bartenders. She opened the Flatiron Lounge in 2003, and the bar continues to this day to provide Prohibition-era cocktails in midtown New York City. And it was here that Phil Ward, who’d later go onto Pegu Club, PDT, and Death & Co, before opening his own bar Mayahuel, cut his proper bartending teeth, as did many others.

Shake all ingredients with ice, strain into a chilled coupe. Garnish with a grapefruit twist.

Adapted from a recipe by Katie Stipe, Flatiron Lounge, c. 2006

This West Village bar has just announced that it will be opening an outpost in Singapore toward the end of this year. Which is all very good news, because Aussie bartenders will now only need to travel half the distance they used to sample EO’s legendary hospitality.

Launched by five owners who wanted to elevate the craft of the cocktail and create a convivial, fun environment, they’re still going strong — and their parties are the stuff of legend. The hospitality extends so far as to offer each patron present at last call some chicken soup on the house.

Get a look at their own take on the Manhattan, which incorporates a hit of Grand Marnier. 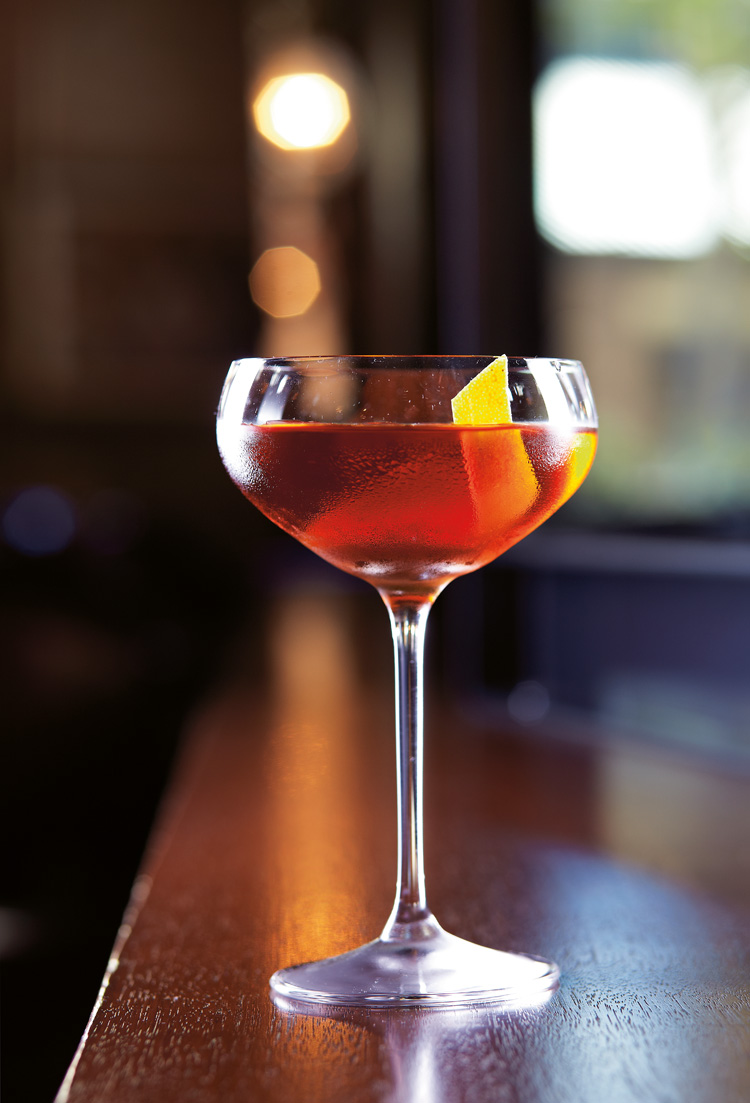 Stir down all ingredients and serve up in a chilled cocktail glass. Garnish with a lemon twist.

Adapted from a recipe by Employees Only, NYC.

Pegu Club, opened by Julie Reiner and Audrey Saunders in 2005, recently turned 10 years old, and is notable for many reasons, chief of them the roster of bartending talent they were able to take advantage of. Names like Jim Meehan (who would go onto open PDT); Brian Miller (who has been a fixture of the New York bartending circuit and know for a love of tiki); they called on the services of the then ex-Milk & Honey bartender Toby Maloney (who co-founded notable Chicago cocktail bar, The Violet Hour and New York’s Pouring Ribbons). It’s a roster of talent that writer Robert Simonson has labelled as “perhaps the most fearsome lineup of mixologists the modern bar world has ever known.” 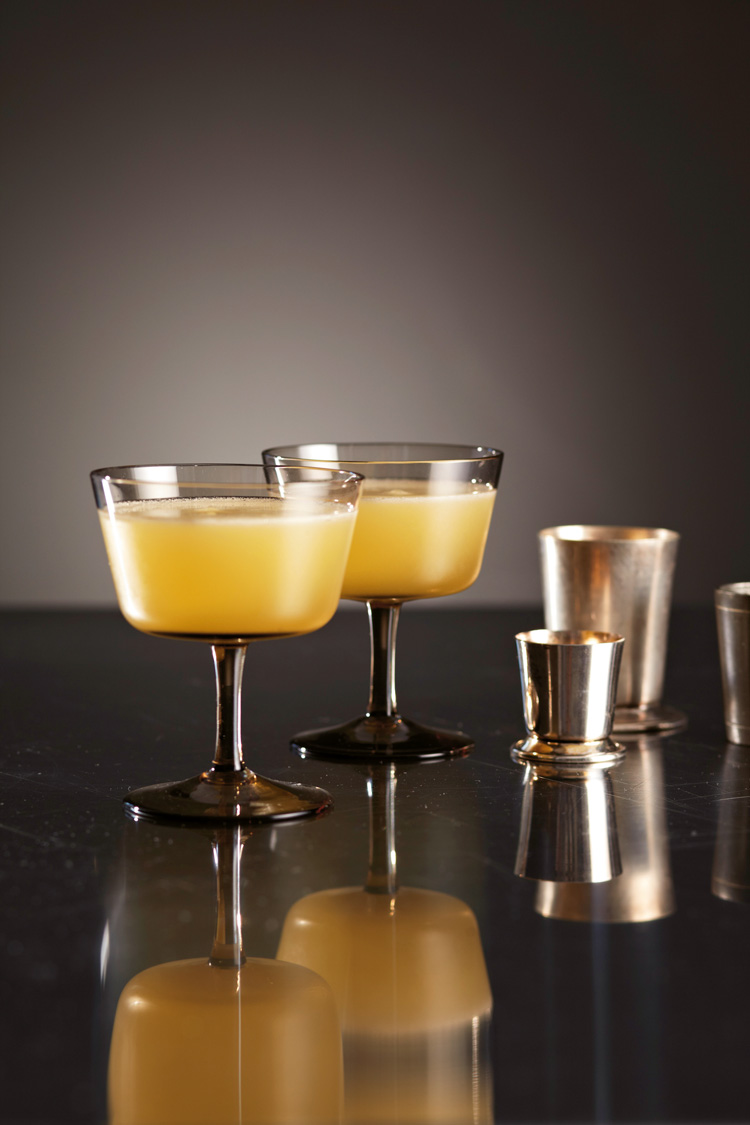 Adapted from a Phil Ward recipe from his time at Pegu Club. 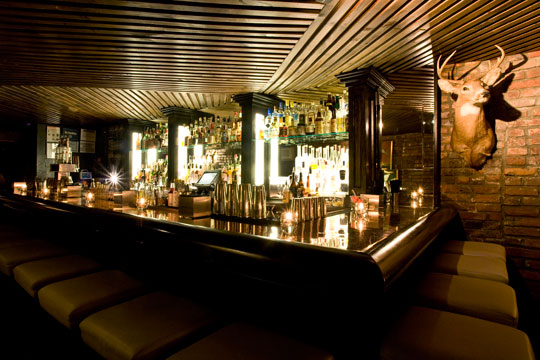 Opened: 2007
It’s the bar with famous entrance that’s been imitated the world over. Opened by Jim Meehan — an ex-Pegu Club bartender, it marked the high watermark of the speakeasy trend. Entry to the bar was through a phone booth in the hot dog store next door — and that was more out of necessity than a desire for speakeasy charm, Meehan told us back in 2009: “The hotdog stand had a liquor license. The owner built a bar next to it and found a creative legal way to extend his liquor license from the hotdog stand into the bar. That being said there is a separate door to PDT, but if we’d used the separate door we wouldn’t have been able to use that liquor license.” 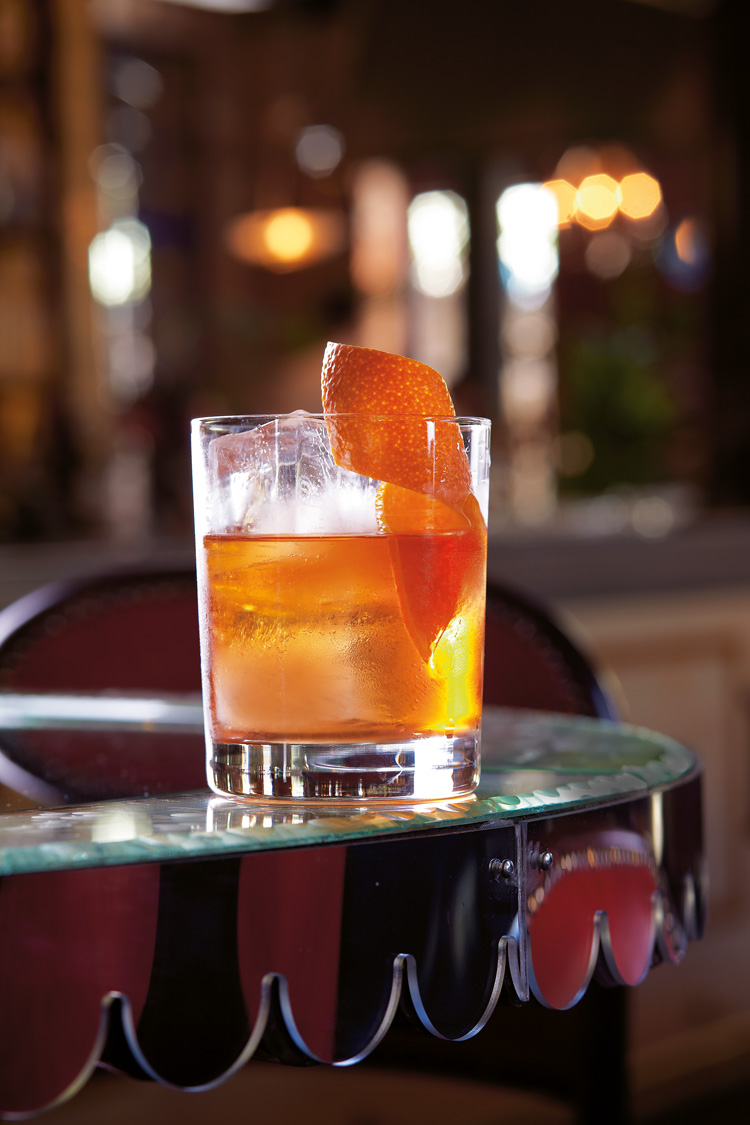 Stir down all ingredients in a mixing glass. Strain over ice in a rocks glass. Garnish with an orange peel.

Adapted from a recipe by Don Lee, PDT, NYC.

*You could fat-wash your own bourbon, or you could opt for The Experimental Spirits Company’s Smoked Bacon Bourbon.

Opened: 2007
Owners Alex Day and David Kaplan have benefitted from the maturing New York bartending scene, with a number of notable names having worked behind the bar there: names like Thomas Waugh, Joaquin Simo (who now owns Alphabet City bar Pouring Ribbons), Phil Ward and more. The aforementioned Brian Miller applied his tiki skills to the Conference below.

Stir all the ingredients over ice, then strain into a double rocks glass over one large ice cube. Garnish with the lemon and orange twists.

Opened: 2008
The opening of Clover Club, another bar on this list by Julie Reiner, marked the ascension Brooklyn as a destination for bars. With a number of bartenders living in the borough, and Brooklyn’s growth as a creative and gastronomic area, the time and the place were ripe, Reiner told us back in 2014.

“I had moved to Brooklyn and I realised there was just like nothing, no high end cocktail bar there,” she said.

Again, a number of bartenders who have worked under Reiner’s tutelage have gone onto their own places — chief among them being Ivy Mix, who opened Leyenda last year, across the street from Clover.

Stir down over ice and serve up in a chilled cocktail glass. Garnish with lemon peel.

Adapted from a recipe by Julie Reiner, Clover Club, Brooklyn

The first rye whiskey to be made in New York in some 80 years, it is a flavourful spirit with peppery spice up fron, following on to honey-cinnamon palate with a lingering butteriness.
William Grant & Sons

Maker’s Mark
Wood and oak, along with vanilla, caramel and wheat characters on the nose; the palate is balanced, with some sweetness countered with caramel, vanilla and fruit notes. The finish is smooth and subtle.
CCA

Knob Creek Rye
Knob Creek Bourbon has had some success in the 2015 San Francisco World Spirits Competition. They picked up double gold in 2014, and last year was named the best bourbon of the show.
CCA

Cyrus Noble Bourbon
This is a bourbon with a high corn content in the mashbill — there’s 75 percent in there — with 17 percent rye and 8 percent malted barley, and it is aged for five years in new American white oak casks.
Cerbaco