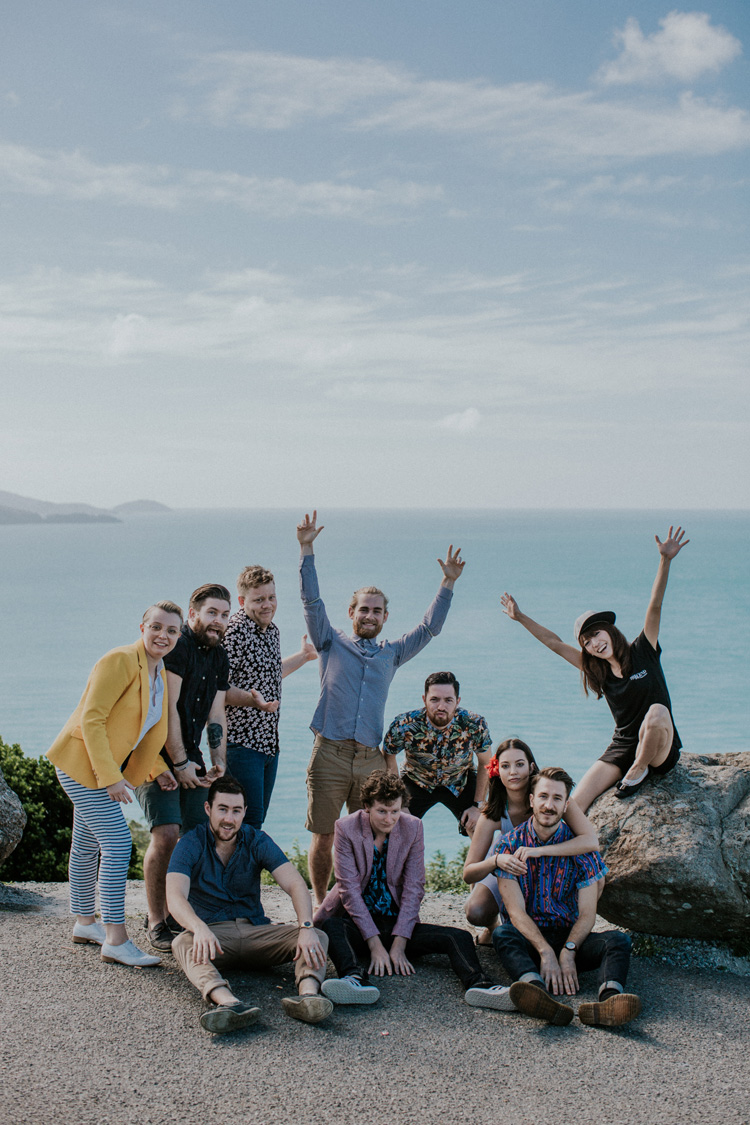 The postcard-perfect surrounds of Queensland’s Hamilton Island provided the backdrop to three nights of an unforgettable island experience and one day of hard fought competition in the national final of The Perfect Blend Cocktail Competition 2016.

10 bartenders who had progressed through the rigorous state finals were flown to the island destination to enjoy the sun, pristine beaches, and the camaraderie of their peers all with an eye to the big final, held on Tuesday.

At stake: a trip overseas to a Beam Suntory distillery and $10,000 for each of the winners, who will also become The Blend Masters, mentoring the next crop of talented bartenders to compete in The Perfect Blend.

The Perfect Blend cocktail competition showcases the talent of bartenders across the nation, whether they are new to the industry, or have been behind the stick for years. Remodeled and positioned last year from Suntory cup, the bartenders’ campaign for the The Perfect Blend — and the $10,000 on offer — kicked off at the end of 2015.

Entries were open for two months in which bartenders from across the country were invited to submit their signature cocktail creation using products available from the extensive Beam Suntory portfolio.

There were 330 entries into two categories: Apprentice, and Professional. From these entries were drawn finalists for each state; the winner of the state final in each category then progressed to the national final.

The competition proper kicked off on Tuesday. With tropical islands, clear skies and pristine waters behind them, the 10 finalists began with a quick exam to test their knowledge.

To do well in this exam was crucial: each right answer opened up more options for them to use from the mystery box of ingredients for the first Mystery Box round, which they would need to pair with their choice of Jim Beam White Label, Jim Beam Devil’s Cut, or Jim Beam Rye.

This challenge tested the finalists’ product knowledge of the Beam Suntory portfolio, their bartending agility, individual skill, and their creativity with flavour experimentation. First up to the plate were the Professionals. One of the key ideas behind the competition is to give those newer to the industry — the Apprentices — guidance and an example to follow, and the Professionals gave them a winning approach to emulate. The proof was in the performances of the Apprentices when the time came for them to dive into the mystery box — both categories provided the judges with great tasting drinks and presentations to remember.

With the mystery round completed, it was time for the bartenders to pull out their hero spirits from the Beam Suntory portfolio for their signature drinks.

The bartenders were given five categories to choose from one month in advance to create their cocktail to be presented for the judges. The categories were Resort Chic (described as tranquillity and serenity mixed with contemporary, stylish concoctions): Taste of the Tropics (Flamboyant creations and flavours of the Caribbean); Sunday Brunch (in which they were implored to ignite the senses for this leisurely occasion that Australians are accustomed to); Autour de la Table (a group serve category, with the philosophy that to share one’s experience, is to create eternal memories); and Ancestrals with a Twist (old fashioned libations with a modern influence).

The Apprentices took the stage first — and, simply put, blew the judges away. The standard of drinks coming from these eager and inspired individuals gave the judges reason to think the upstarts might give the more seasoned competitors a run for their money. The Professionals were not to be outdone, however — they brought the theatre, experience, and great chat that the judges expect from top flight competitors in a national competition.

However, with one long day competing in the hot Hamilton Island sun done and dusted, there would be only one winner in each category.

In the Apprentice category, the winner on the day was Melbourne’s Matthew Follant from 1806, closely followed by runner up Dale Schoon from Earl’s Juke Joint.

The winner of the Professional category is no stranger to the national cocktail competition scene, and offered a performance that blew away the judges, with the senses of sight, sound and taste all engaged. That honour went to Brisbane’s Rinna Kato of Blackbird Bar & Grill. Rinna came out ahead of close runner up, Nick Cozens of Eau de Vie Melbourne. 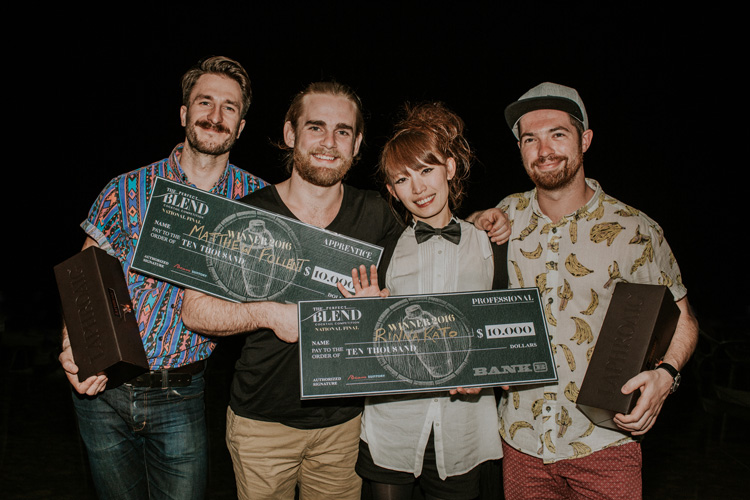 Their performances capped what will be for many a once in a lifetime experience. The winners now will add another unforgettable experience to their memories when the take off overseas to visit one of Beam Suntory’s storied distilleries — and they’ll have that $10,000 at their disposal, too.

If you want to experience this level of competition for yourself, he next instalment of The Perfect Blend is back in the second half of the year. Entries open September 2016 — you can expect bigger things to come, so make sure you’ve registered with The Blend by heading to www.the-blend.com.au.

Take a look at all the national finalists below.

The IDEA LAB has 9 days to go until closing

The Blends of the Virtual World continues its online educational virtual seminars with the one and only, Joe Schofield!