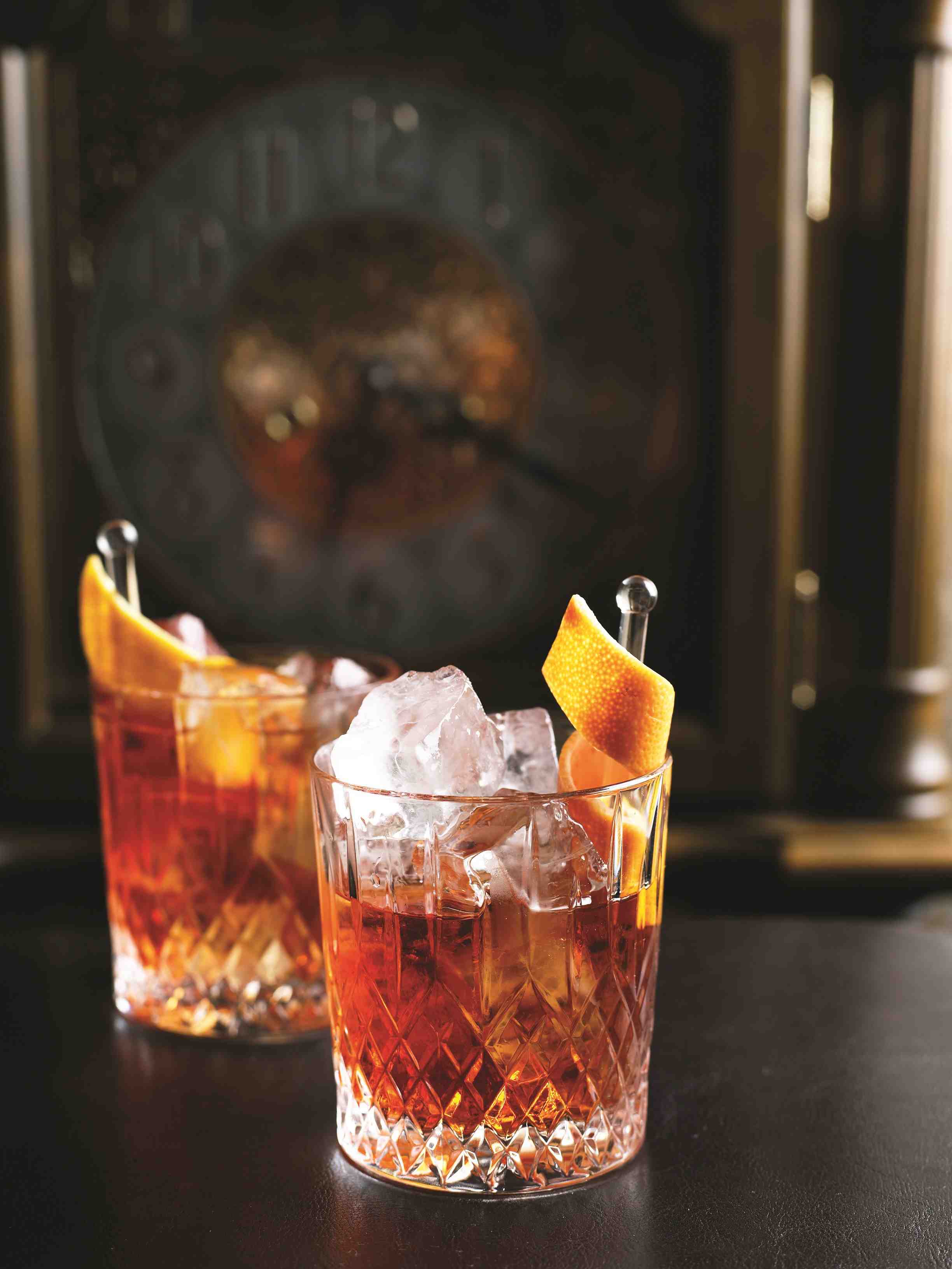 Story by Amy Spanton
One of the great ironies of the bartending profession is that most professional cocktail bartenders don’t drink cocktails in their leisure time, opting for the comforts of a cold beer instead. There is one exception to this rule, however. A little aperitif cocktail called the Negroni — without a doubt a favourite of bartenders everywhere.

According to the most popular origin tale, the Negroni wasn’t invented until around the 1920s. But there would be no Negroni without the invention of its key ingredient Campari and the subsequent Americano cocktail, which all happened way back in the 1860s. Gaspare Campari (the man behind the Campari brand) opened a café in Milan to sell his drinks. One of the mixes they served was a fusion of Campari and Cinzano sweet vermouth that they called the Milano-Torino (because Campari came from Milan and Cinzano from Turin). When Americans flocked to Europe during Prohibition, the locals noted their love of the drink and as a tribute they dubbed it the Americano.

A local Count, Camillo Negroni was known for frequenting Florentine bars and his favoured tipple was the aforementioned Americano. Apparently while in one such establishment he asked the bartender to add some more bite to his cocktail. The bartender added a nip of gin to the drink and the Count loved it. He ordered the drink all the time, others followed and in honour of his creation, the Negroni cocktail was born.

All that said, the word Negroni doesn’t appear in English cocktail guides until 1947, so the real origins are uncertain. What we do know is that the Negroni is an extremely well-crafted aperitif that both stimulates the appetite and prepares the palate for a meal. It combines the kick of gin, the bitterness fruit and herbaceous character of Campari with the round smoothness of vermouth.

Oliver Stuart, former Bartender of the Year and now on the Campari Australia team, has told us in the past that he is baffled to think that there could be any better drink. “When made correctly it is a perfect balance of alcoholic strength, bitterness, sweetness, and citrus flavours,” he enthuses. “All the while remaining floral and refreshing yet strong and smooth. You can’t stop after the first Negroni, as it leaves you craving the next.”

Charlie Ainsbury, co-owner of This Must Be The Place, has also told us before that the Negroni is a drink that is more than the sum of its parts.

“Three ingredients, equal parts in whatever vessel you want. Years ago I asked an Italian bartender what the best way was to make this drink. He said you can put it in a tumbler, cocktail glass, jug, vase or barrel… as long as it’s equal parts gin, sweet vermouth and Campari, you can’t go wrong. I don’t even think of this as a cocktail anymore, it’s just a Negroni,” he said.

And with Negroni Week coming up next month, we couldn’t think of a better reason to once again give this great drink its due.

Meet the team behind the Campari Academy

What to expect from the 2019 Campari Academy Masterclass program