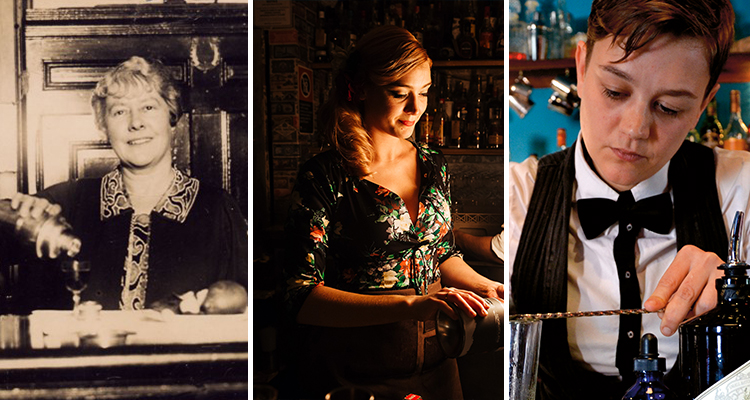 Story by Harriet Leigh
Harriet is the bar manager of Archie Rose, and a long-serving and admired member of the industry.

Sydney bartender of note Paige Aubort started an initiative aimed at women in hospitality called Coleman’s Academy. Since October Paige has invited women from hospitality, business and the media to address groups of young women to talk about obstacles they face, providing an invaluable support group. At Coleman’s women speak to one another about their experiences, and they listen to one another. In an industry where women’s issues are seldom addressed or considered, Coleman’s gives us that platform. We aren’t bitching about men, we’re talking about how we cope with the unique issues that affect our sex. Here is a selection of topics discussed at Coleman’s: Imposter Syndrome (an anxiety more commonly felt by women who feel like frauds in their careers – I can vouch for how debilitating it is. Myffy Rigby said this month that she is constantly afraid that someone is going to storm in on her eating in a restaurant and say “put down the sandwich, Rigby, the game’s up”). Being seen as weak or unfit for our jobs. Periods.

There is no right or wrong in this arena, it is just a different way of communicating. There is a group called Men’s Shed which has come up with a simple, brilliant initiative to combat men’s depression by creating space where men DIY together to relieve loneliness, depression and fears. This basic fact underpins the organisation: “men don’t share face to face, they share shoulder to shoulder.” While they work on bikes or turn wood they share their experiences. It’s inarguable that this is a positive organisation. It would never occur to me to think of this as sexist. It builds communities and if I were to attend my very presence would change the nature of what happened inside that safe space. The concept of protesting it would rightly be considered asinine.

Recently members of our community have started vocalising their resentment that they can’t come, one particularly colourful hell raiser suggesting men get dressed up in drag, wear make and *giggle* paint their toe nails to get in. Hilarious! All that is required to pass a woman is to dress as a clown.

Up until this month I sympathised with the guys that wanted to come. While I’ve attended Coleman’s since it’s inception I have felt the pain of my brothers-in-arms – men I love – for being excluded. But I’ve realised that the presence of men would change the nature of the conversation. As sure as my attendance at Men’s Shed would alter how those men share.

All Coleman sessions are filmed, they’re online for public access. If you want to understand Coleman’s you can. Most of the guys that want to come are great allies of women and I think they would benefit from hearing what happens inside Coleman’s.

Paige is going to open the doors of Coleman’s during Bar Week and invite anyone who wants to come and listen to women share their experiences (even if we have to skip the stories about periods that seem to crop up every month). She’s inviting guys to come along to listen; to laugh and cry like little girls. I really hope you all come, dresses optional.

0
Australian Bartender July 7, 2016
No Comments Yet

‘We’re all in this for the long haul.’ Paige Aubort on the mentors who can build a career