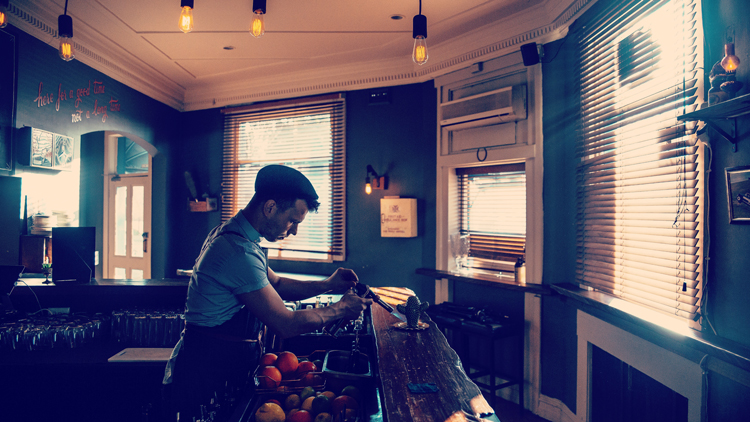 We’ve heard good things about Bluebonnet Barbecue and its founder Chris Terliker (The Beaufort’s Dave Kerr described him as “probably lauded as the best guy at the dark art of smoking meat in Australia,” and the “guy who would probably be the pre-eminent Australian authority on smoked meat,” — no small praise indeed given The Beaufort’s own rep for tasty barbecue).

Bluebonnet Barbecue has moved to North Fitzroy in Melbourne, after a fire from one of Terliker’s smokers, Loretta, burned the restaurant down in 2015. And it’s that smoker that has inspired the name of the new bar at the new location, called Loretta’s.

Ex-Eau de Vie bartender Oscar Eastman has come on board as the head bartender, looking after Loretta’s large American and Australian whisky selection and responsible for a cocktail list that is “emphasising local, seasonal and foraged ingredients and interesting flavour combinations,” according to Eastman.

“We are attempting to create a waste free bar, using any excess ingredients to make brandies, vinegars, fortified wines, shrubs and infusions,” he said.

We like the look of the cocktail list — it’s designed around the idea of the elections upcoming in the US (and the one just held here) and they go for it in drinks like the Blood and Sanders (rye, cumquat brandy, pickled root vegetable and Campari) and the pun-intended drink, The Hillary (“Just tell us what you like – we’ll make whatever you want us to make” the menu says).

Take a look at the menu below, and keep an eye on their Instagram at @Lorettasbar. 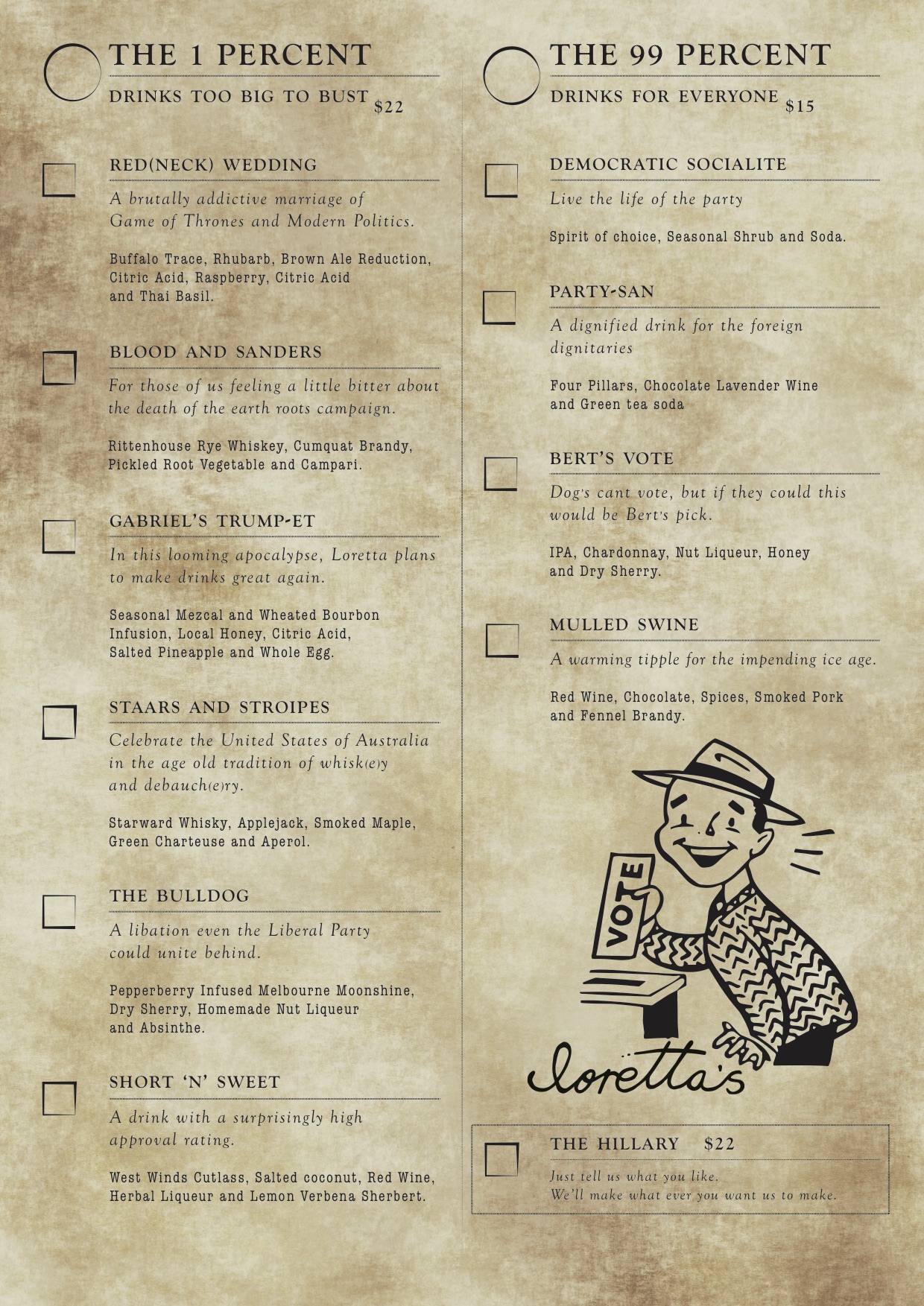