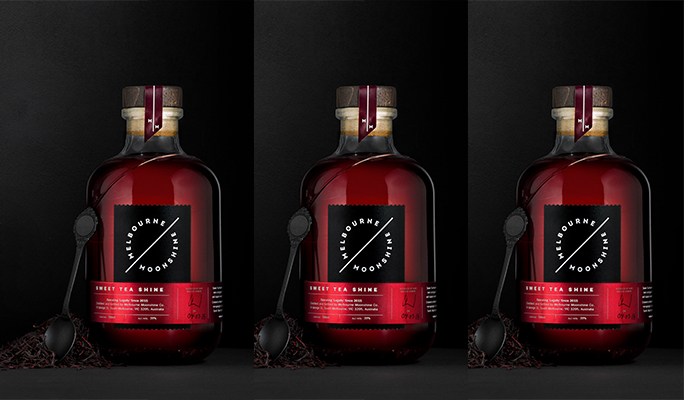 Local distilling is hot. And with the Indie Tasting just three weeks away (18th Sept at Frankie’s), we are trying to get the message out about all the local start-ups who are producing their own brands of hooch. So, click here to get your tickets to the Indie – for just $40 you will have the chance to taste a plethora of new Aussie brands as well as off-the-wall international drops.

One such distillery that will have their brands on show is Melbourne Moonshine. Ben Bowles and Andrew Fitzgerald are the duo behind the new distillery, a company they started back in 2014. “We signed a bit of paper making us a company,” jokes Andrew. “We only commenced building our distillery in early 2015. We started trading (selling to the general market) in late November 2015.  But we really only sold to the bars we knew.”

Bar industry friends and even “the fish man down the road” have helped them to build their distillery from scratch, often exchanging services for spirits. “The list of who we owe is long but one day we will pay it all back. With Liquor,” says Andrew.

The distillery, based in South Melbourne, is focused on producing Southern USA style spirits – particularly moonshine. And they are damn proud of their distillery. It’s where, they say they are “making liquor for the love of it, charring barrels for the fun of it and blending botanical bitters for the taste of it. From malting, distilling and bottling, it’s all done in house.” And under the watchful eye of Ben and Andrew, otherwise known as the Misters.

Both Ben and Andrew came from an engineering and construction background. But on the spirits front, Ben is from South Carolina and a fifth generation Moonshiner, while Andrew has been elbow-deep in grease, building and restoring cars. “Putting energy into distilling has been equally (if not more) rewarding,” he says.

Melbourne Moonshine will be launching their Sweet Tea Shine at Indie Tasting Sydney. It joins their Sour Mash Shine and Apple Pie Shine which are already available. The Sweet Tea Shine is a sippin’ spirit, which “tastes delicious and continues our focus on quality American spirits,” says Andrew. When asked who it will appeal to, he says “anybody who likes wine or whisky.”

To find out more about Melbourne Moonshine, visit www.melbournemoonshine.com

Indie Tasting Sydney is on at Frankie’s on Sunday, 18th September, kicking off at 12pm, doors closing at noon. Tickets are $40 online or $50 on the day (pending availability). Click here to book.

‘A change from office life and engineering life.’ How the Melbourne Moonshine guys started their distillery