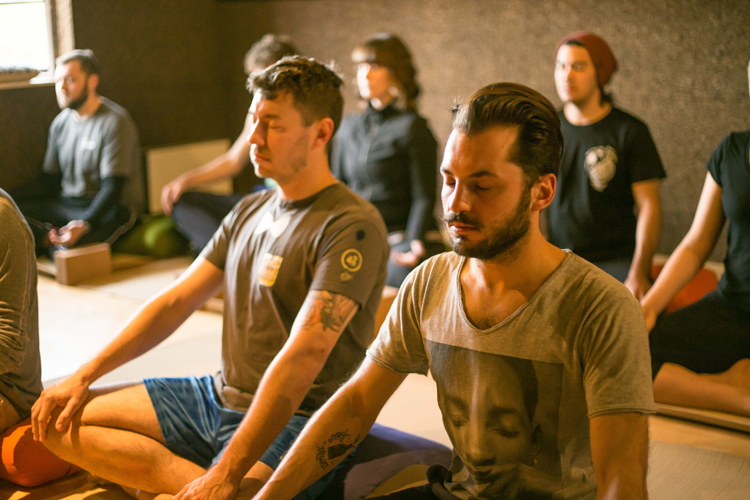 We’ve recently been looking at ways in which you can create a more sustainable bar program (click here to get more tips). But sustainability isn’t just about the bar and the drinks you serve; it’s also about having a sustainable you.

That was the message that Ayumi Gallagher, wellness manager at the Sherwood in Queenstown, had for the competitors in the 42BELOW Cocktail Earth Cup back in August. She suggested looking at three areas: your environment and stress levels, the physicality of the job, and the more spiritual side of the gig.

Most bars are in cities, surrounded by skyscrapers and a wall of noise. Gallagher said that knowing this and counteracting it essential to a better you. 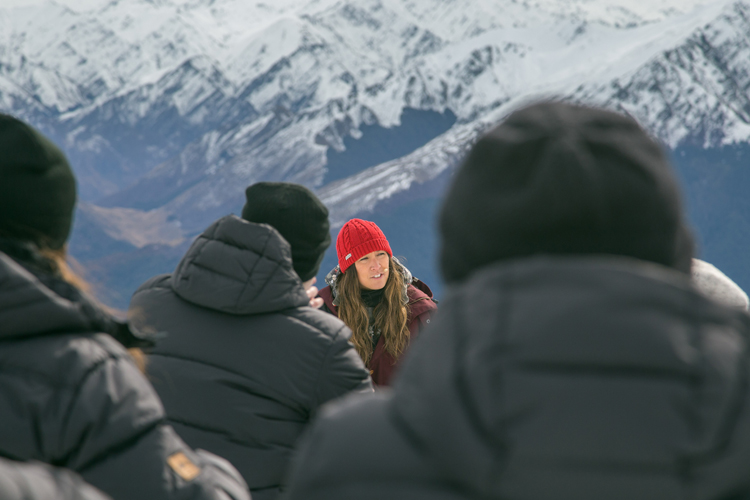 Get out in nature
“There’s loads of research about urban psychosis — about how our brain can’t actually process urban environments,” she said.

“We’ve lived in towns and cities for maybe a couple of hundred years, but we spent thousands of years before that living in nature, so they’ve started to realise that our brain takes a little bit longer to compute what’s happening when we’re in a town.”

“If we’re looking at a car or a building in a street, we’re familiar with it, but there’s a little lag in our brain and that little lag causes anxiety and stress, and our body is a little bit confused.

“And with that confusion comes a little aggression — people feel a little more tense when they’re in cities, a little bit more defensive.”

The converse is, when we’re looking at nature, it’s straightforward for our brains. It helps us to counteract this anxiety, Gallagher said.

“It might be a park in the city, or it might be out [of the city], but to at least once a week or every couple of weeks, get somewhere where you can’t see buildings. That neurologically counters the effect of urban psychosis and will immediately make you feel like you’re at home.”

Multi-tasking? Nah, it’s not a (good) thing
A key skill for bartenders is multi-tasking, Gallagher said. “You need to be able to take an order, see an empty glass, read the environment in the room, while all the while mixing something, flaming, steaming, icing — whatever it is — all at the same time. The more you can multi-task the better you feel you are at your job, but in fact the worse it is for you.”

Indeed, we’re just bouncing from one task to the other — very quickly. And this racing through tasks creates the stress hormone cortisol in our brains, “and we’re starting to stress even though we don’t realise it.”

But given multitasking is a part of the job, Gallagher says we need to deal with the effects and counteract them.

“All we need to think of is how to counteract this addiction,” she said. “What we start programming into our bodies is called a dopamine addiction feedback loop. So when you check your phone, the brain releases a little dopamine as a reward — then you turn around and do something else, mix a drink, and we get little bits of dopamine, a little reward, each time you do that and we become addicted. So even if you don’t need to, you want to, and you probably feel that: you’re looking for external stimulus because we are physically addicted to this dopamine feedback and it’s super empty feedback. It doesn’t help, you don’t get more things done, we don’t become more productive. We just scatter our focus. Over a long period of time we lose our ability to focus, and they liken to the long term effects of smoking weed.”

To counter all this, we need to relax. “T’s where we slow things down, we concentrate on our breathing, we focus on one thing at time, maybe meditation — but it doesn’t have to meditation in a classic sense,” Gallagher said. “It may be focusing just on that one drink that you’re making; if you don’t have a bar full of people, really give that drink your whole attention. That two or three minutes, or however long it takes, that’s just bringing it back in and stopping that multitasking.”

This relaxation response, as it’s known, helps to reduce the size of the stress glands and calm you heck down. 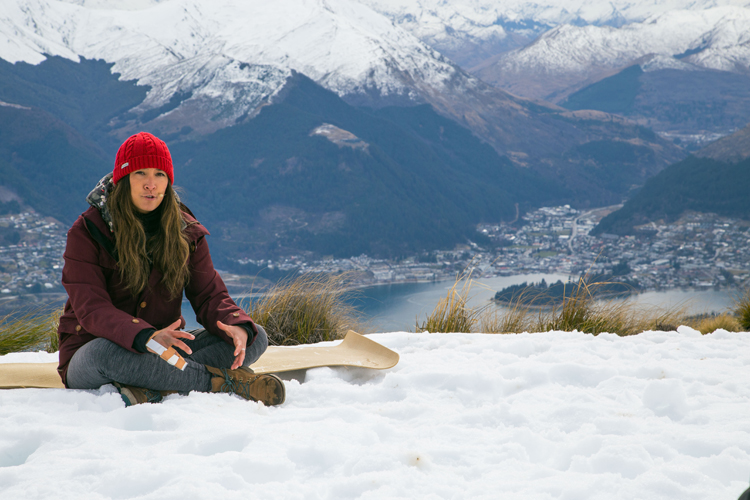 We don’t often think of it that way, she said, but we should.

“You need to think of it as that physical an activity if you’re spending every day on your feet running around.”

Get in touch with your spiritual side
And no, we don’t mean the spiritual in the liquor sense, and Gallagher wasn’t speaking in a religion sense.

“It’s different for everybody,” she said, “but think of your spirit, your uniqueness, your talent. Your crafting these things that only you can craft because there’s only one you, and you made it.”

The great thing about bartending, though, is that you’re dealing with people.

“You’re in a really unique situation where people come to your bar to interact with human beings,” Gallagher said.

“We go to the gym to get away from people, to the yoga mat to go inward, but people come to your bar to connect. It might be with you, it might be someone they’re meeting, but usually they’re there to open up and to speak. In yoga this is called anahata, and we can approach it with anahata — it’s open hearted, tenderness, compassion, to everybody. The more of an arsehole that they are, the more you should be connecting with them, because they’re an arsehole but they’re still out, they’re still talking, and they’re still wanting to connect, and they probably need to connect more than anyone else in that bar. So you can think of it in that way, rather than like, god, another shift, it’s so long, you’re such a pain.”

Lastly, Gallagher encouraged the bartenders to view their work as a craft.

“When you’re creating a drink, think of it like a craft, not as, ‘oh, one more drink, how many more until I get to finish?’ It’s putting everything in to that drink because that’s what it deserves and that’s why people have come to your specific bar to have that specific drink: because you created it.

“It’s putting that intention in. Intention can go into anything: to get to the bus stop, to walk, whatever the intention is you can put it into your work. That’s a meditation — that’s zen, finding that within daily life. You don’t really do many ‘zen’ things when you’re living in a zen temple, as I found out; you do cleaning, lots of cleaning.”

You can check all the action from the 42BELOW Cocktail Earth Cup on social media with the hashtag, #42CEC. For more on how to implement your own sustainable bar program, check out the new series from Australian Bartender & 42BELOW, The Sustainable Bar.