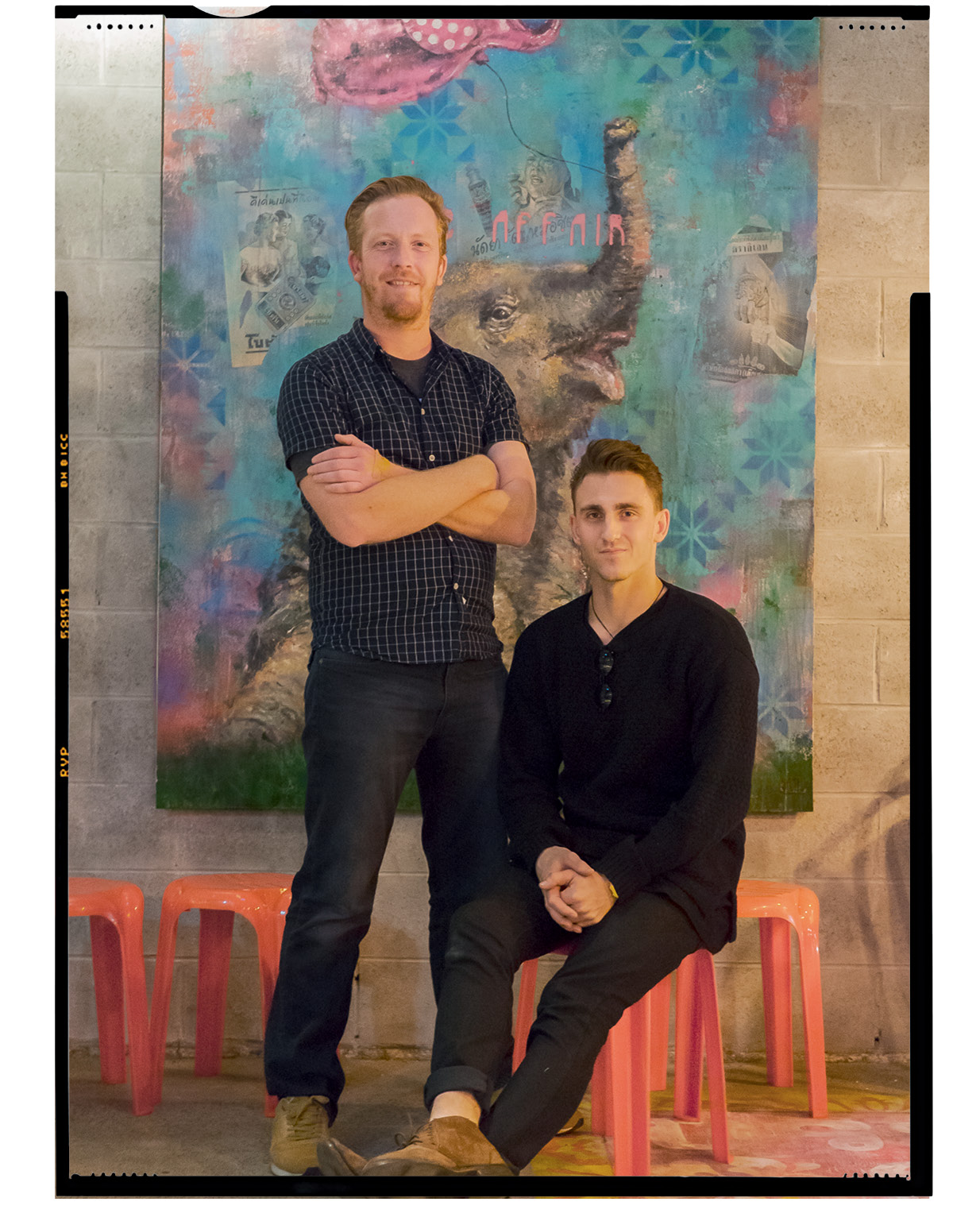 James Connolly and Keegan Hartslief from the recently opened Long Chim in Sydney share their knowledge of working with Thai flavours in drinks.

Talking to James Connolly and Keegan Hartslief from the recently opened Long Chim Sydney, it struck us that there must be a few challenges involved in crafting drinks for a restaurant like that: one, you’ve got some properly hot, spicy dishes coming out of the kitchen, with a lot of flavour going on (think of all the aromatics, the sweet, salty, sour components); you’ve also got the fact that alcohol doesn’t always play nicely with that kind of chilli spice. With that in mind, here the lads talk to us a bit about the things they’ve learned working with Thai ingredients.

A Different Kind of Citrus

“The thing that’s amazing about kaffir lime leaf is its aromatics,” Connolly says. “In Southeast Asia, as well as using it in cooking, they use it for its medicinal properties (it’s related to cintronella) to make things things like mosquito repellant, they also turn it into a paste or shampoo to get rid of any nasties they may have in their hair.

“It’s something you have to be careful with though as it can be quite astringent and you can go way over the top — less is more. With things like gin and vodka it just gives this extra dimension and a powerful perfume.

“Kaffir lime looks like a lime that’s been left under the radiator or the fridge for a couple of weeks, it’s all blobby and weird but the skin is amazing and it’s really oily and its’ even more aromatic than the leaves but getting them to fruit is very difficult.”

Another citrus they often employ in both food and drinks is pomelo. “Pomelo, which originated in the mediterranean around Israel is also a common Southeast Asian ingredient,” says Connolly. “It’s a cross between an orange and a grapefruit and it has a really thick pith — we’re talking about a couple of centimetres sometimes. It’s really quite delicious. It’s citrus, it’s sour, and there’s a hint of chocolate in there too.”

“It’s not as bitter as grapefruit though, it has a refreshing sweetness to it,” said Hartslief. “David [Thompson, Long Chim’s owner and chef] does a really good pomelo salad; kaffir lime leaf is pretty much in everything.”

Use the five major tastes of Thai food

Alcohol and spicy food — when your tongue is ablaze, high ABV alcohol only accentuates the pain, losing the flavour of both the food and the drink. So much of the drinks at Long Chim use ingredients that are more likely to soothe than smash you with more hot, hot heat, and combine them in a way that matches the complexity and generosity of flavour in the dishes.

Thai food is famous for combining the elements of sweet, sour, spicy, bitter, and salty together for maximum flavour delivery, and that’s a guide that Connolly follows with their drinks — albeit with some cooling ingredients to relieve the heat.

“In Perth, around half of beverage sales are cocktails,” says Connolly, “and for a bar restaurant that’s pretty good. And just the way the cocktails are structured they lend themselves to the food — things like coconut, pineapple juice, they have a cooling effect for someone who has had too much chiang man chicken.”

“We do a twist on Joerg Meyer’s Gin Basil Smash — we use Thai basil,” Connolly says.

They’ve got plans to bring out some Thai-made spirits, but are already using a Thai drinking vinegar for the element of sour.

“Pok Pok Tamarind Drinking Vinegar is made by an American chef, Andy Richter, whose Thai restaurant Pok Pok in New York is well-regarded. It’s essentially a shrub,” Connolly says. “This one we just use in a cocktail with palm sugar, fresh lime and topped up with soda and a chilli salt rim so once again we’re hitting all those Thai tastes.”

Finally, if the drinks need some lift, instead of reaching for the bitters they tend to grab the saline solution.

“Anyone who has worked with me for the last year would tell you that everything that is put in front of me I tell them it needs more salt,” says Connolly. “It makes sense, and mixed with sugar and citrus it’s perfect. Make a salt solution and sometimes if a drink needs some oomph, instead of adding bitters, add some salt and it will give it that pop. 75% of the drinks on the list probably have a bit of salt in them.

“I was playing around with salt when I was at El Publico, and there’s some real similarities between Mexican and Thai cuisine — there’s coriander, they both use a lot of spice in there, lots of offcuts of meat.”

The recipe for a saline solution is super simple, too.

“A simple recipe for salt solution is 20 grams of salt to 80ml hot water, and put it together. The better the quality of salt that you use the better your salt solution will be — but don’t ever try to make a pepper version: it just looks like you’re putting liquid poo into a drink.”

Editor’s note: Hartslief has since moved on from Long Chim Sydney

0
Australian Bartender December 14, 2016
No Comments Yet