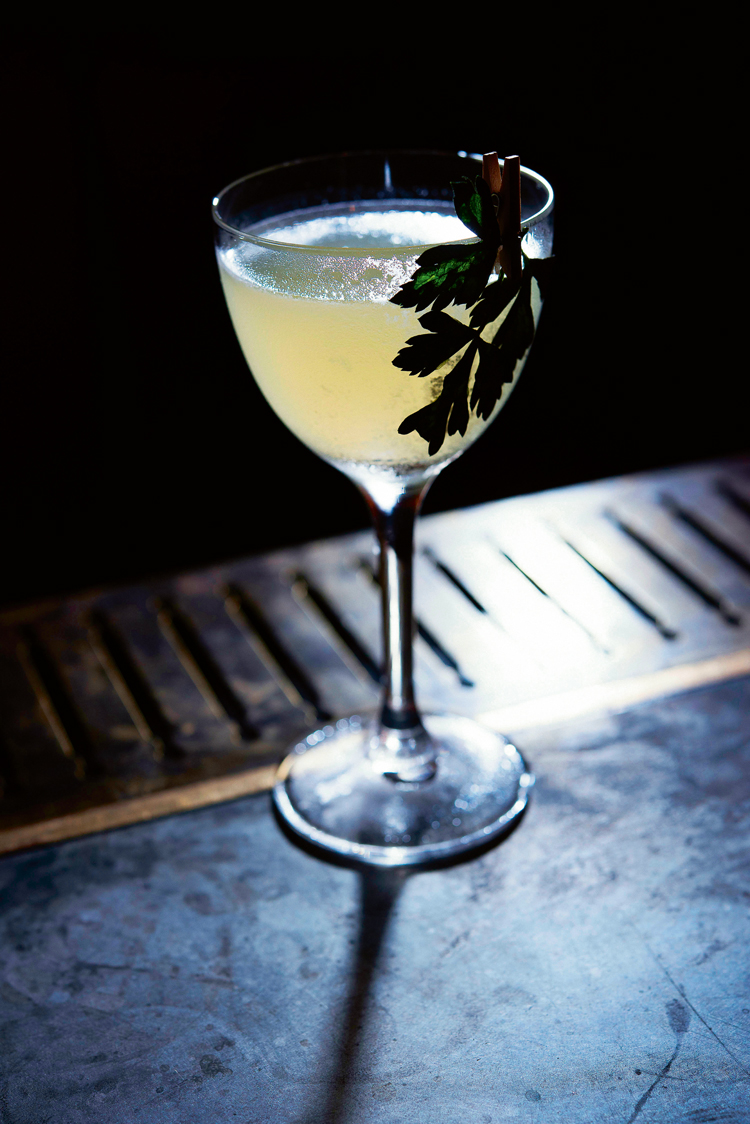 How much good stuff are you throwing away? New Sydney bar, Charlie Parker’s, is using everything they can from the plants and fruits they buy — and the results are delicious drinks, just like this one.

It’s emblematic of the approach taken by the duo behind the bar’s thoughtful menu, Sam Egerton and Toby Marshall. As you can read in the Charlie Parker’s profile here, they’ve been inspired by some of the ideas behind closed loop bartending in which the goal is minimal waste. And as Egerton points out below, we’re often throwing away parts of plants that taste delicious.

“This is one of Toby’s creation,” says Egerton. “We went through and tasted everything from end to end and wrote notes on what was good — some stuff was horrible, some was really tasty. If you can get into the core of a corn cobb, it tastes almost like sugarcane, but it’s almost impossible to get in there.

“So often, like in the case of the carrot, we eat the carrot but we don’t eat the top where the stem comes out because we think we don’t really like that. If you think about the entire anatomy of the plant, that centre-most point is going to be where there is the most flavour.

“So what we took from that for this drink was the top of the parsley root, and then the rest of the stem and leaves, and blitz it together with a spirit and put it through the rotovap to clean it up. You get this intense flavour of sweet and vegetal.”

This was one go the best drinks we tasted this year, though because the bar changes its menu regularly depending on what’s best from the markets at any given time, this drink isn’t on the current menu. Which we think is as it should be: they want to use ingredients at their best, so why would you want a drink made from ingredients past their prime?

Stir down and serve up.

4 tips to get started with zero-waste bartending