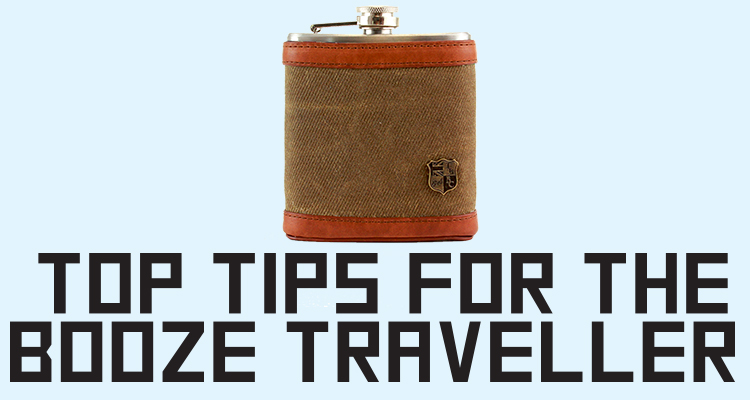 “When you travel, you gain back the perspective of a helpless child. And that’s really important.”

That’s what Philip Duff — bar and booze consultant and regular international traveller told us when we caught up with him at Bar Convent Berlin in Germany last October.

We live in an increasingly global industry, but bartenders have always travelled: the Professor, Jerry Thomas, moved around a lot, from the west coast of the US to New Orleans and New York and god only knows where else; and it was after his travels that Ernest Gantt renamed took on the persona of Don the Beachcomber and pioneered the whole tradition of tiki drinks.

“In general, travel is never bad,” says Duff, “but targeted travel, to cities and shows where the world comes together? You could be a big dog in Sydney or Melbourne, but when you come here, it’s like ‘holy shit!’ You try to work out what’s cool, what’s new, you’ll try stuff that might make it, or won’t make it, but you’ll be trying stuff that you won’t see for years. You’ll be in a room in seminars, effectively for free, that will never hit that part of the world where you live, and if you’re disciplined and you eat enough and sleep enough, you’ll be able to go out to bars that will totally shock your monkey,” he says.

But given you’re flying from Australia to literally every other country in the world, we’ve put together some tips from a couple of people who’ve logged some proper travel hours — the aforementioned Duff, and our own editor, Sam Bygrave.

1. Don’t bring your whole wardrobe with you

Duff’s rule is that he carries what he’s wearing and clothes for the next seven days. After that, find some way of washing them, because “carrying 10 to 14 days worth of clothes — that’s fucking bollocks.”

Checked luggage is for chumps

“Sometimes you can’t avoid it,” Bygrave says, “but it’s the number one reason why you’ll be standing in a queue for an hour, especially at shittier airports with fewer staff.”

If you can, get the airline’s app on your phone and check in and get your ticket on your mobile. “Then all you need to contend with is security,” he says.

3. When it comes to packing…

“Always put things in the same place,” says Duff. Everything has its place in your luggage. He also recommends bagging everything in ziplock style bags, and bringing your own coat hangers. “There’s nothing worse than getting into a hotel and they’ve got those ones that are locked to the rail, because with your loose clothes hangers you can hang your clothes up in the shower and close the door and steam them, so there’s none of that ironing nonsense.”

Duff also reckons one should take the time to unpack upon arrival.

“Always unpack. Unpacking takes five minutes, for anything more than a one night stay, always unpack.”

4. Don’t, for god’s sake, dress like an Australian heading to Bali

Well you can if you want to, of course, comfort being key. But bear in mind you’re heading through other countries with customs different than your own.

“I always wear a blazer or suit jacket if I’m flying,” says Bygrave. “You just get treated better. You’re less likely to be held up in customs and you’re more likely to be listened to if you’ve got a problem.”

(It’s closely related to the ‘fake it till you make it’ mantra).

5.On finding good places to drink

It’s easier these days, thanks to the all-powerful Google, to find good places to drink. But if it’s not a familiar town to you, sometimes the web can be misleading, and that’s when you need knowledge on the ground.

“All you need in any town is the name of one good bar,” says Bygrave. “From there, you ask the bartenders where they’d go on a night off, or where the bartenders hang after work.”

“I always try to find the nicest hotel and go in and say, ‘right, what are the places I should go?’” says Duff. “I don’t ask the head bartender, especially if it’s an old person; I ask the younger guys.”

0
Australian Bartender January 6, 2017
No Comments Yet