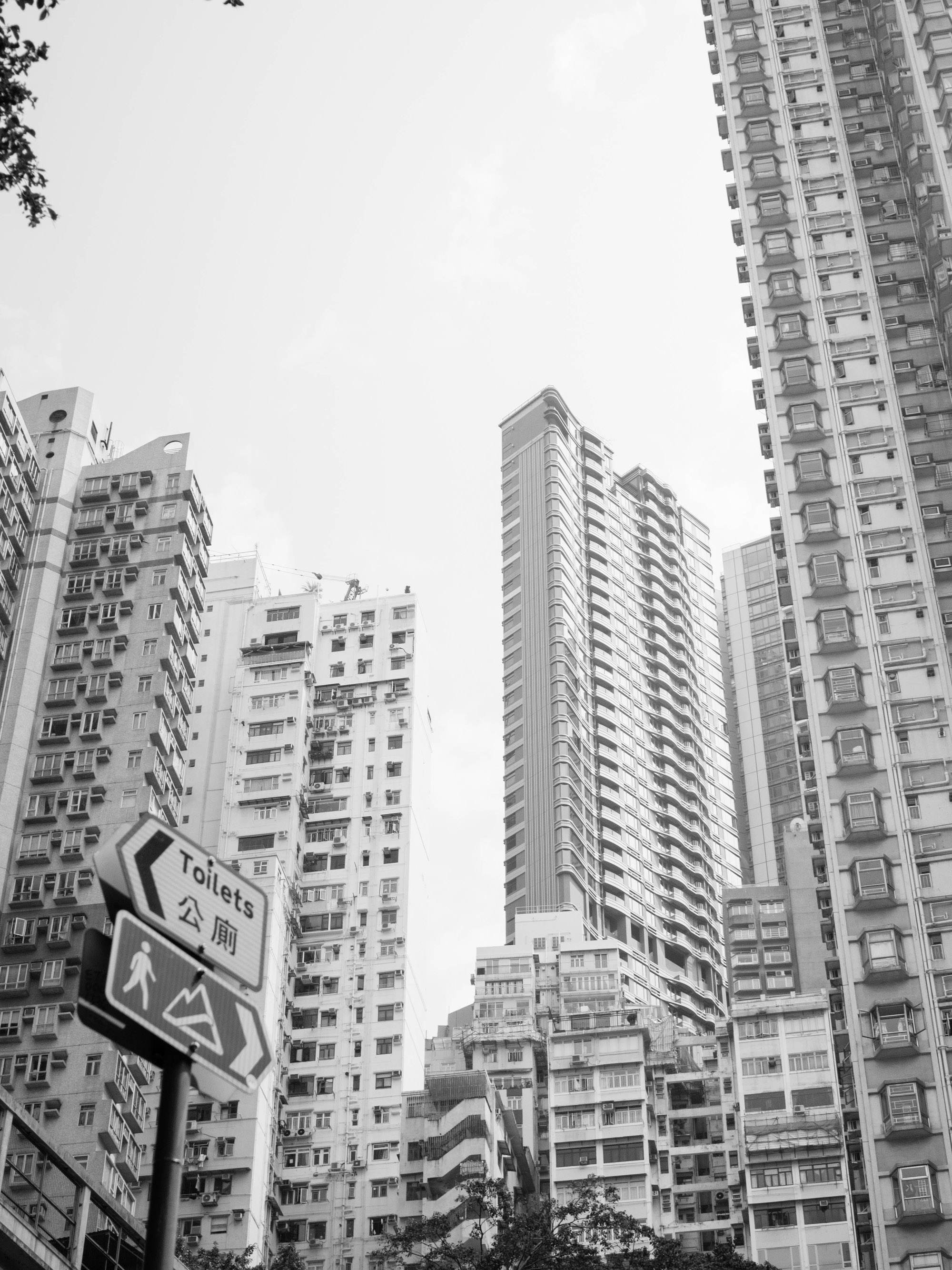 “For sentimental reasons this probably outranks all other cocktails in our past and present life, for it was through it’s rosy-inspired courage we got ourselves a wife, only we didn’t know it until long afterward, and after we were married back here in the states.” — Charles H. Baker Jr.

A greasy, muggy and pallid November morning found me sweating, hung over and thirsty while skirting Causeway Bay in Hong Kong gripped with the singular intention of retracing the steps of Charles H. Baker some 80-odd years previous. I’d been on the island for a few days by this point, trying to de-stress after a particularly disastrous contract in the middle east had forced me to leave my company car at an Omani airport and flee the region for good (but that’s another story), and I thought a light-hearted adventure would do my nerves well.

Charles H. Baker has always been a fascinating figure for me as he served as the prototypical restaurant and bar blogger; born into a family of no small means, he eschewed a life of menial labour to instead seek adventure and travel the world upon a cruise ship as a writer, describing the rewards and delights of travel to the far-flung reaches long before Twitter and Instagram could deliver information and envy in instant, equal measures. In the course of his career Charles would publish a handful of books, including the South American Gentleman’s Companion (with seperate editions for drinking and eating) and the 1946 ‘Around the World with Jigger, Beaker and Flask’ which detailed his global travels and the characters he’d met while sampling the best food and mixed drinks of the age.

Charles was never a professional chef or bartender, and never worked in the service industry; he was an enthusiast of liquor, food and the spirit of hospitality — the bringing together of disparate individuals to bond, laugh and love over fine drink and victuals. In his own words:

“all really interesting people—sportsman, explorers, musicians, scientists, vagabonds and writers—were vitally interested in good things to eat and drink; cared for exotic and intriguing ways of composing them. We soon discovered further that this keen interest was not solely through gluttony, the spur of hunger or merely to sustain life, but in a spirit of high adventure.”

Every cocktail listing or dish recipe in his writings included an anecdote of its discovery in which every character was some diplomat, retired colonel or maharajah’s daughter and adventure was never far away; vampire bats over Brunei, being stranded with no food and only wine in the Indian Ocean, civil war raging outside the hotel while they sipped cocktails in Cuba. The richer and more detailed his stories were, the closest they were to his heart, and the story of the Rosy Dawn cocktail is no exception. 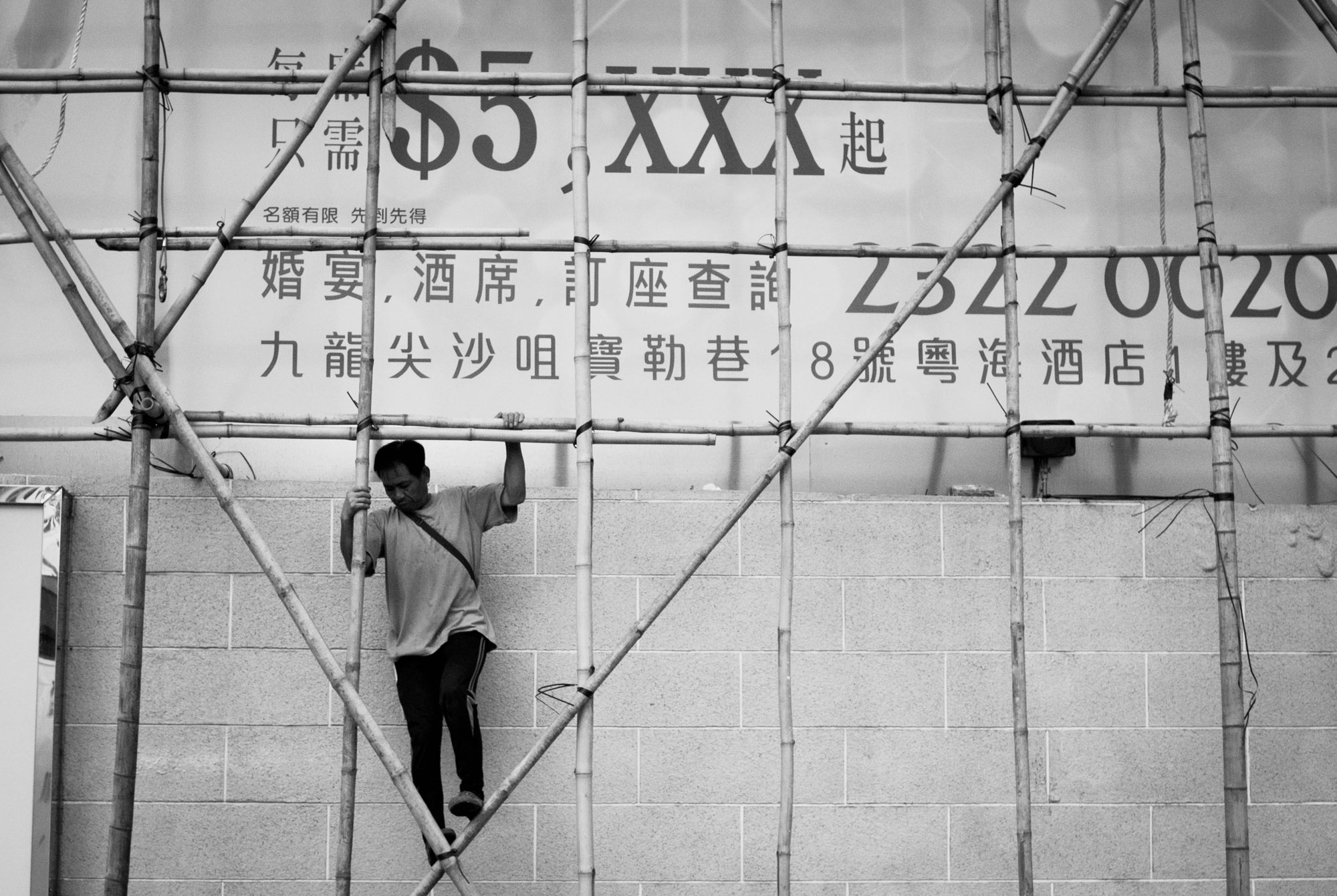 Prefacing this tale, Charles had met Pauline Paulsen, the daughter of a wealthy silver mining magnate while on board the SS Resolute, a round-the-world steamer docked that evening in Victoria Harbour which was hosting a cocktail party attended by the English cream of Hong Kong society. This included members of Her Majesty’s company and the foreign press, the routine event becoming something of a wild social event, leading from a refined on-board soiree to a spur of the moment marriage — it was to be Baker’s third.

My first step was to make my way to the West End Chinese club where Charles proposed marriage after a healthy amount of Rosy Dawn cocktails (introduced to Baker by J. Handley Pegg, chief engineer of highway development to the British Empire in Hong Kong — luckily his taste in drinks was more interesting than his job title).

Hong Kong is a sensory overload, a heaving, bustling and breathing beast of a city that assaults you from every angle. The smell of the oily brine of the harbour mixing with petrol fumes, fermented fish and incense, the heat and pressure of the tropical climate and tens of thousands of people crammed into the highest population density city in the world, the sound of trolley bells, taxi horns and street hawkers crying out and filling every possible silence, and the million billion tastes of Hong Kong’s food vendors, chefs and food halls. It’s a city that never lets up, even more so when you’re deviously hungover. 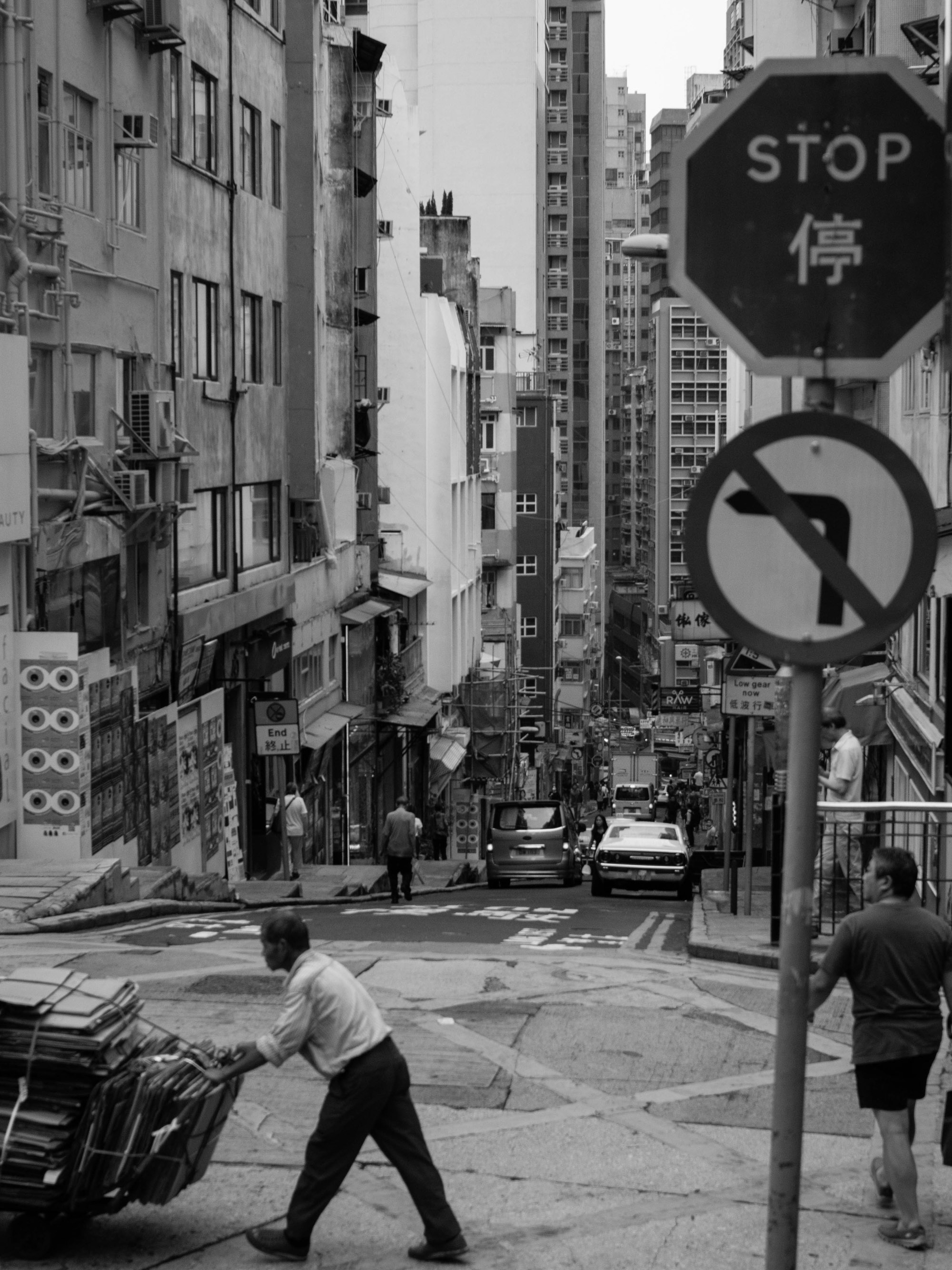 The exact location of the club is a mystery lost to time, but it was a good bet to start at the top of Ice House Street, the original site of the Hong Kong Ice Company which sold imported ice from New England and New York during the early 20th century, as there was no commercial ice production facilities on the island at the time. The Hong Kong government granted the Ice Company 75 years rent free in the location if they’d promise to sell ice at cost to the local hospitals to keep morgues cold;  purely by coincidence the area soon became popular with western style clubs and bars, as ice and mixed drinks were still a luxury in the tropics.

Today the old Ice House facility houses the Foreign Correspondents Club, a members-only club that caters to journalists, diplomats and other such deviants. Just around the corner however is Origin, home bar of Antonio Lai, where the neighbourhood tradition of  leading the local drinks industry continues. One of the first bars in the Fragrant Harbour to utilise scientific technologies such as the rotovap and sonic infusions, combining it with a light hearted mix of technique and presentation that resonated in the Hong Kong scene and made Antonio and his team the face of its bourgeoning cocktail scene. These days the globetrotting Lai is hard to find behind the bar, but the staff at Origin are more than capable of ensuring an excellent drinking experience.

After the impromptu proposal, and a few more Rosy Dawn cocktails, the tearful editor of the Hong Kong Telegraph offered her own wedding ring to the newly betrothed couple, before giving them command of her car which took them from the West End back down to Causeway Bay. Without a car, I retraced their journey on foot which inevitably led me down Lan Kwai Fong, the infamous expat-rich club street that one can smell long before you can see. 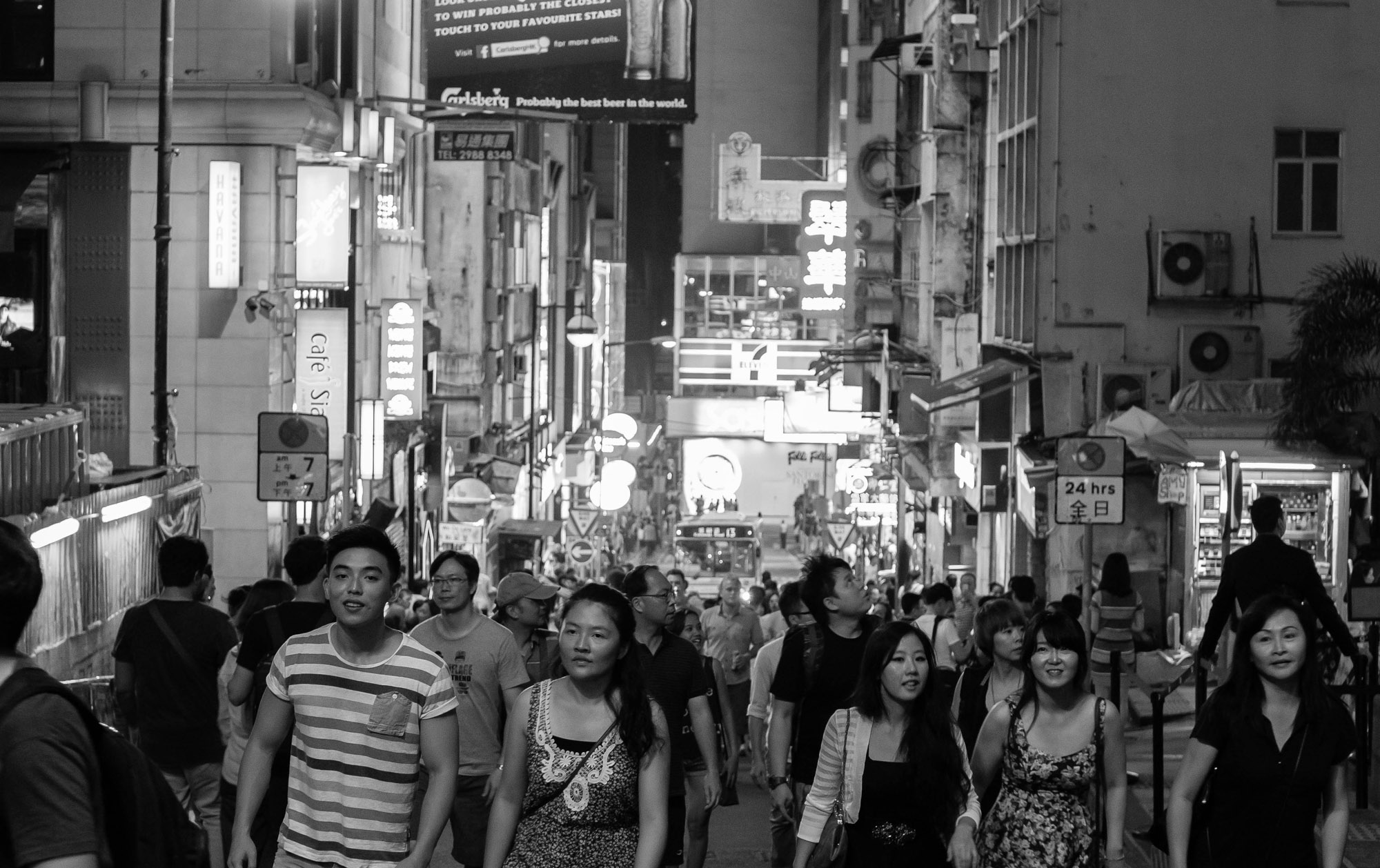 In Baker’s age Lan Kwai Fong was home to street hawkers and mui yan, traditional Cantonese marriage arrangers; when I visited it was more a street of marriage-ruiners. Throngs of drunken expats weaving between over-priced bottle service clubs are a miss, but I did stop briefly at what young locals call “Club 7-11”: 24-hour stores that sell alcohol at an infinitely more reasonable price than the bars, where hip young locals gather to drink cans of imported beer on the streets, their entertainment being wireless phone speakers and even portable light and sound systems.

Breaking away from new-found and quickly-forgotten friends, I headed to the waterfront to buy a bowl of thick congee (think salty squid porridge, infinitely better than it sounds and the Hong Kong equivalent to a late night kebab). Charles Baker ended his third marriage night with a huge armful of freesias, a bottle of Krug 1923 and a trip across Victoria Bay to Kowloon with his new wife, the local dock workers besides themselves with laughter at this thick, love-stricken drunken gweilo staggering under the weight as new fingers of rosy dawn kissed Hong Kong. I had two cans of strongbow, a packet of Double Happiness cigarettes and a few new Facebook friend requests from my Club 7-11 friends. There was a public ferry, but it didn’t feel quite right, so instead I opted to pay a local fishing boat on it’s way to Kowloon to pick up the pre-dawn workers to ferry me across the bay.

Somewhere in the middle of Victoria Harbour I took out my phone to take a photo of the impressive Hong Kong skyline and promptly dropped in the sea (I’ve always publicly  claimed a fisherman bumped me, but that was merely to reserve some pride). Dawn was some hours off, I had neither wife nor riches, but I had a can of drink, a story and the big fat grins of the locals on the boat at the stupid drunken tourist to remind me that even if I hadn’t matched his journey, I’d certainly come as close as I could.

Meet Asia’s bartender of the year, Agung Prabowo (and his bar, The Old Man)

DMBA 2018: These are the best bartenders and bars in China and Asia

The travelling bartender: Tom Egerton on packing up to settle into Hong Kong