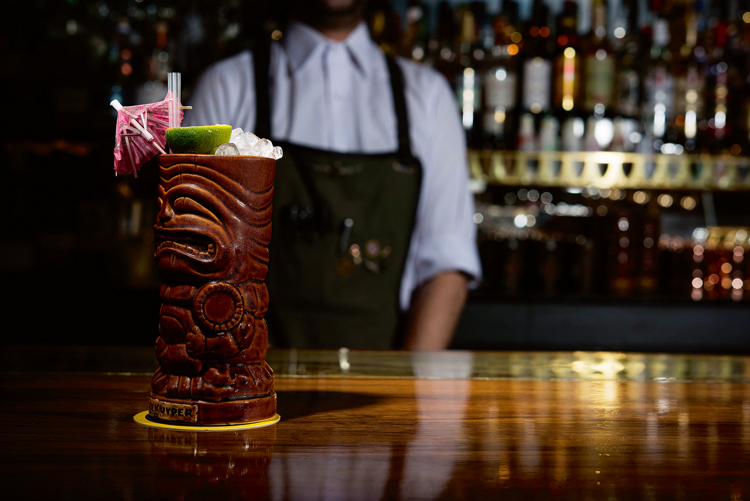 Churn all ingredients except the soda in a tiki mug with crushed ice. Top with ginger soda, cap with crushed ice, and garnish with a lime husk with caramelised passionfruit and a parasol.

Adapted from a recipe at Kittyhawk, Sydney

The Swizzle is a simple idea: take a tall glass, add booze, add lots of crushed ice, and take your respite from the heat of summer — for your refreshment, here’s the Saint Tropez Swizzle at Kittyhawk.

The Swizzle is named, so the story goes, for the branches of the Swizzle tree in the Caribbean; these long sticks, with forked ends, made the ideal implement to mix your drink, and the drink itself is thought to have come about when ice became readily available and allowed drinkers to cool down their Switchels — a mix of molasses and water which kept workers hydrated in the hot fields of the Caribbean. 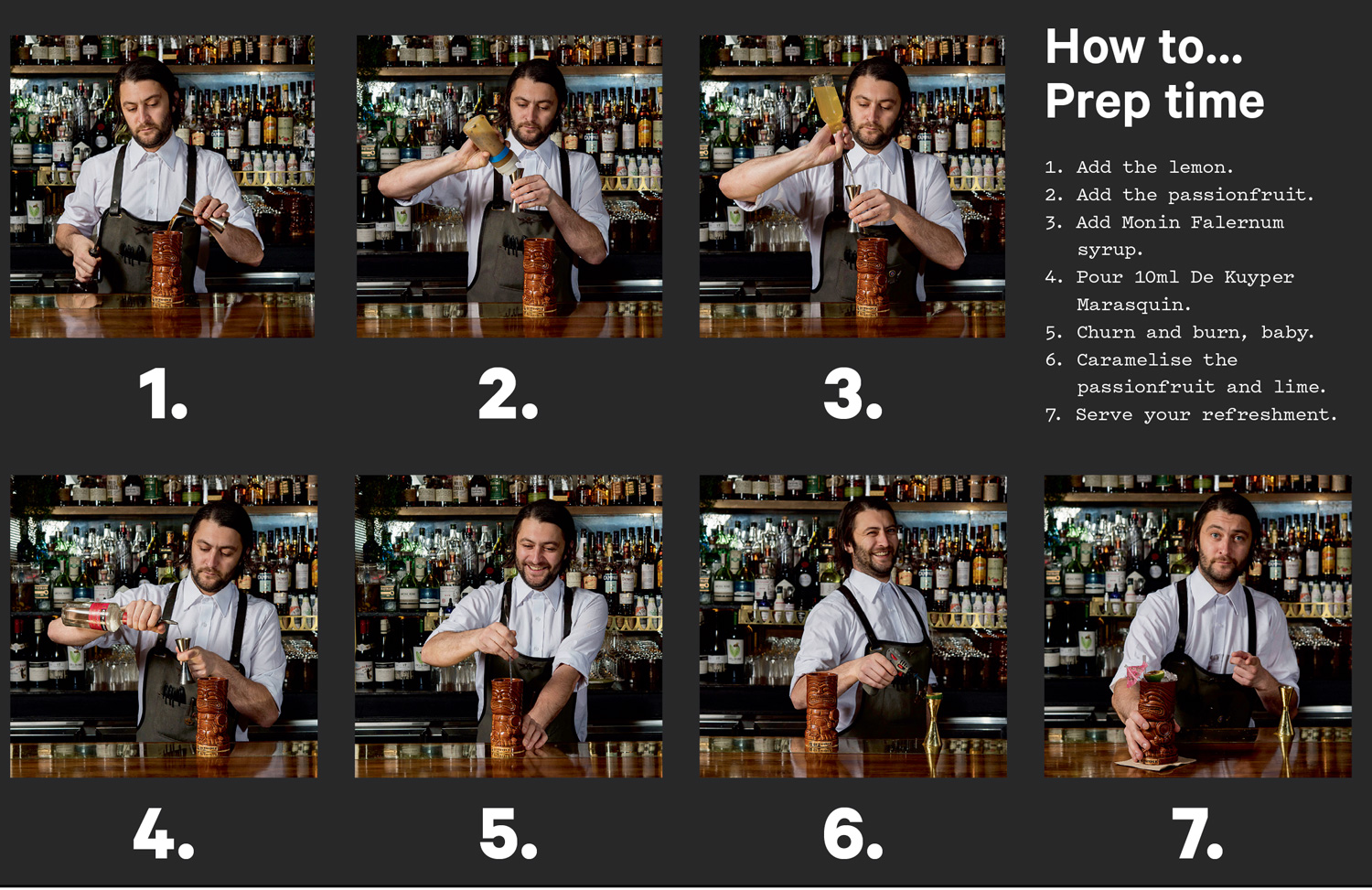 The most famous Swizzle in the cocktail world is likely the Queen’s Park Swizzle, named for a hotel in Trinidad and dating to the late 1800’s, but it’s not the only one out there: there’s a Green Swizzle, which incorporates gin (or white rum) and wormwood bitters; the Barbadian Swizzle, made with genever (as it would have been back in the day); and the Guyanese Swizzle, employing rum, sugar, ice and a heavy dose of bitters.

And whilst true swizzle sticks can be hard to come by, you can quite comfortably make do with that elegant Japanese bar spoon in your setup. The key to a Swizzle is the crushed ice: it dilutes the large measure of booze, so you don’t want to skimp on it. Take said barspoon, churn the ice with ingredients in the glass, and top with more crushed ice and hey, you’ve got yourself a Swizzle.

0
Australian Bartender January 19, 2017
No Comments Yet

The Bermuda Rum Swizzle: it’s all about the rum