Drinks, Explainer
March 17, 2017
by Australian Bartender
0
It’s St Patrick’s Day today, and that means there’ll be plenty of Guinness drinking going on. But an increasingly common ingredient to Paddy’s Day is Irish whiskey — here’s some fast facts about what Irish whiskey is, a chat with someone who makes the stuff themselves, and six tidy bottlings to get stuck into. 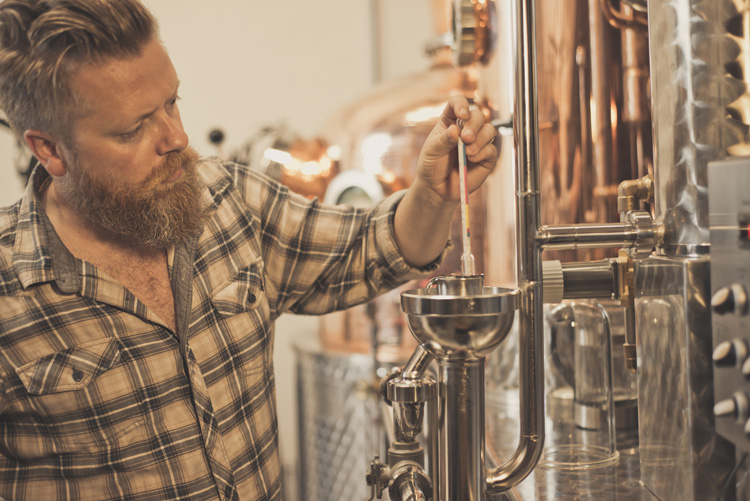 Tell us a bit about what makes your distillery unique?
We’re Ireland’s first craft distillery. We’re the first ever (legal!) distillery in Co. Wicklow set up by a few friends who quit their jobs to do something they loved. None of our whiskeys are blended. And our gin is the only commercially produced gin to be made from fresh wild botanicals.

How does the distilling process and ingredients for your poitín differ from the process for your whiskey?
We have two types of whiskey. We have single malts (a 7 and a 13 year old) and we have our “Double Barrel”, a single grain aged twice in different barrels. Obviously the malts are pure malted barley, whereas the single grain has a mash bill of unmalted barley and corn. Our poitín is made from a mix of malted barley (which adds great depth for such a young spirit) and sugar beet, a traditional break crop in Ireland, used for resting land. Sugar beet farming almost died out in Ireland, but is making a comeback.

What is it that you guys do differently when making your Irish whiskey compared with others?
We’ll never blend and we’ll never chill filter our whiskeys (or any of our spirits for that matter). We think it takes out too much of what you want in there – imperfections make whiskeys more interesting and give them greater character (same with people!). It’s also truer to the kind of whiskey that first made Irishw hiskey great back around the 18th, 19th centuries. 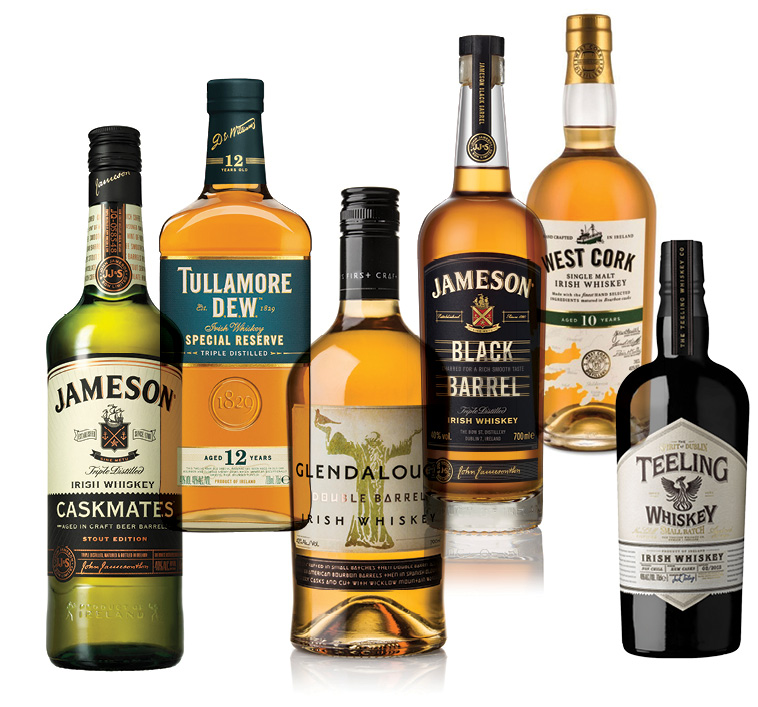 Six Irish whiskeys to put in your face

Jameson Caskmates Irish Whiskey
This whiskey sees Jameson whiskey matured in ex-stout barrels. There’s aromas of hay, apple and pear, hazelnut and milk chocolate; a subtle hops and chocolate character on the palate with marzipan and charred oak flavours, leading to a long and sweet finish with character of milk chocolate and butterscotch.
Pernod Ricard

Glendalough Double Barrel Irish Whiskey
Rich notes of dark fruit, cherry, raisin and fig on the nose, is sweet and creamy on the palate with butterscotch, honey and peppercorn characters, closing to a finish with notes of ginger, vanilla, and hints of almond.
Rogue Wines

Jameson Black Barrel
This triple-distilled blend of small batch grain and traditional Irish pot still whiskeys has notes of butterscotch and creamy toffee fudge on the nose, with nutty, spice and sweet characters on the palate leading to a toasty oak and vanilla finish.
Pernod Ricard

West Cork Single Malt Irish Whiskey
This single malt is 10 years old, and made at West Cork Distillers. There’s intense malt and a floral character on the nose, with flavours of cracked pepper and citrus on the palate, and a malty finish.
Cerbaco

Teeling Small Batch Irish Whiskey
Vanilla and spice on the nose with sweet notes of rum from the rum cask finish, it’s smooth and sweet on the palate with woody characters on the tongue, leading to a moreish sweet spice finish.
SouthTrade