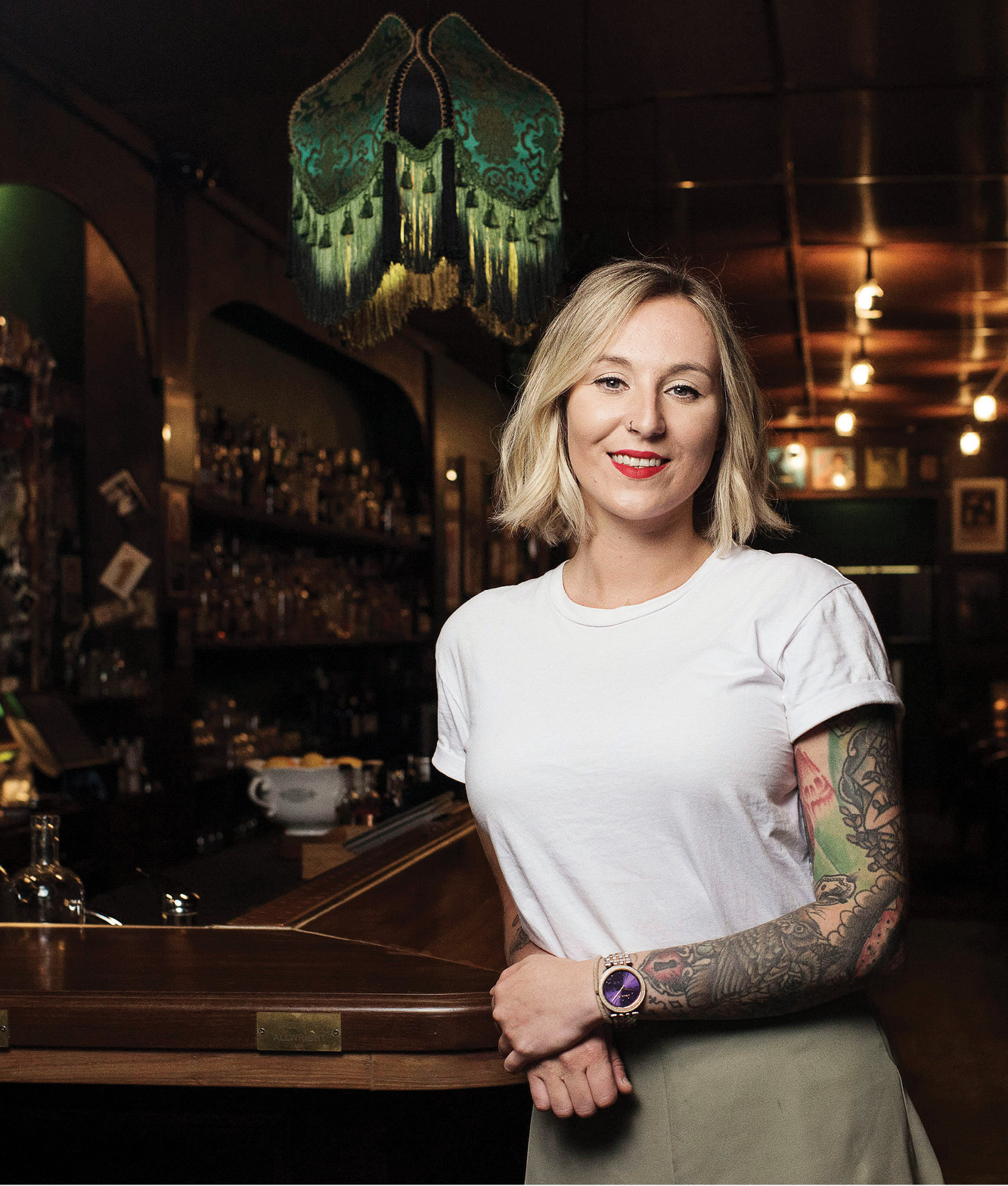 Kings Cross can claim Jangling Jack’s as its own neighbourhood bar — offering a respite from some of the excess and neon — and behind the bar you’ll find Rachael Merritt. She’s got six years in cocktail bars under her belt, is handy with a drink (the Nice Guy Eddie is her recipe, and it’s a drink we’d definitely recommend), she’s zen in the eye of a customer storm, and is just the kind of bartender we want to hear more from.

As told to Sam Bygrave
Photograph by Christopher Pearce

I started as a waitress first, worked in a few venues around Edinburgh, everything from massive, huge, high-volume restaurants to fine dining. I moved into a management position, as a floor manager running big events and weddings, and from there used to help out behind the bar every now and then. The company I worked for moved me to one of their nightclubs where they had a cocktail bar, which is where I started to get interested in what was going on behind the bar — rather than chasing around after drunk students.

The lovely gentlemen who own a bar in Edinburgh called Treacle, they took a big chance on me and hired me as one of their managers, even though my cocktail knowledge at the time was pretty limited. It was a big step moving from nightclubs into cocktail bars.

I’m lucky enough that I’ve been able to travel — I spent some time in South America. After being home for just over a year, I decided it was time to flee the country again, and try my hand somewhere else.

My philosophy and approach to bartending? I don’t know if I would call it a philosophy — mine’s just, don’t ever get stuck in your own head, and don’t ever get stressed out; no matter how busy it is, you can only go as fast as you can go. As long as you’ve said hi to everybody, spoken to everybody, everyone’s got their order — you know you can get it done. That’s the way I work. A couple of people I work with here always get sort of shocked by my very zen approach to the very busy nights.

The two spirits that I love are whisky and tequila, and I love creating drinks with whisky, whether it be rye, bourbon, or single malt.

I tend to spend some time, whether it’s with a specific malt, or a specific brand of rye, or bourbon, and figure out how I see the flavours. Then, the best way to describe it, it’s almost like I go through a rolodex in my head of all the flavours I associate with that drink, and then I pull from those to create something that I think is going to taste delicious.

Take your time. Don’t try and rush into it. I feel like, if I’d spent more time as a cocktail bartender before managing a cocktail bar, I think that would have done me a lot better. Don’t get me wrong, I love my career and everything that I’ve done, but don’t try to rush into everything.