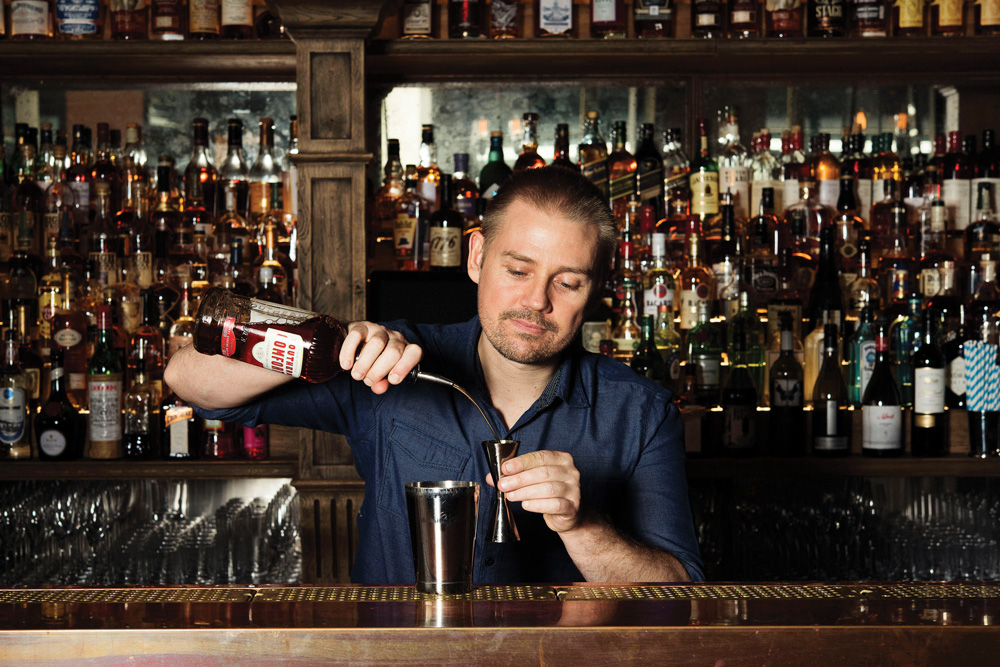 THE COCKTAIL has a long, illustrious career on the silver screen — in fact, for as long as the Americans have been making movies, there’s been on-screen tributes to that most glorious of drinks.

Charlie Chaplin took a turn on the tins (he’s got quite the shake, by the way), and of course, there’s the movie with Tom Cruise and Bryan Brown (what was it’s name again?).

And one of the all-time classics even scored its own cocktail.

How To: Peter Fischer presents the Scarlett O’Hara

We went down to NOLA Smokehouse and Bar to find out how to mix up the Scarlett O’Hara.

Gone with the Wind was released in 1939 and with it came a cocktail: the Scarlett O’Hara we have hear. Somewhat like a proto-Cosmopolitan, the drink brings together two classic American ingredients: cranberries, which are indigenous to North America, and Southern Comfort, a classic liqueur of the South.

The drink was released to promote the movie, and has survived to this day. You’ll see a few recipes kicking around — some which are built over ice — but we prefer this one, which is served up with a spec not dissimilar to another drink which would find fame on TV, the Cosmopolitan.

Another American classic cocktail, as you well know, is the Manhattan, which you can see here. It has had its own silver screen appearance, in the Marilyn Monroe classic Some Like It Hot; Ms Monroe herself waves around a bottle of bourbon and sends a friend off for a bottle of sweet vermouth — “we can make Manhattans!” she says. 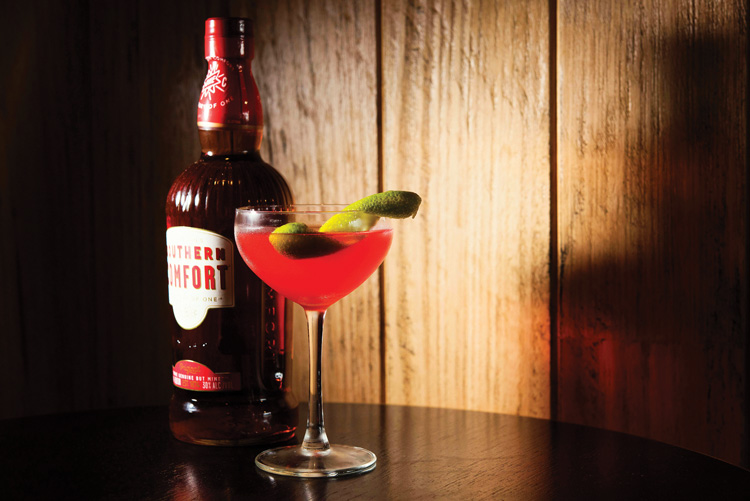 Shake all ingredients with ice and strain into a chilled cocktail glass.

Notes on Ingredients
• Southern Comfort has its origins in the creation of a New Orleans bartender by the name of Martin Wilkes Heron.
• Southern Comfort was first called Cuffs & Buttons by Heron, and it was made by combining bourbon whiskey with fruits and spices.
• Created in the second half of the 1800’s, the product was renamed Southern Comfort and won awards as far afield as Paris in 1900, and became known as ‘The Grand Old Drink of the South.’

0
Australian Bartender May 2, 2017
No Comments Yet